Nuclear Abolitionists Are Getting Ukraine Wrong 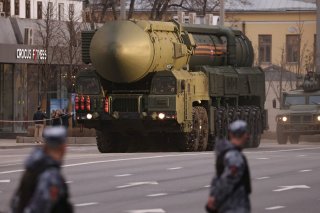 On the other hand, it is also false to assert that U.S. nuclear deterrence no longer works. In fact, the United States took America’s deterrent off the table and declined to directly intervene in Ukraine against Russia, effectively giving Moscow a green light to invade.

That does not mean the U.S. deterrent failed. It means the United States failed to use its deterrent.

Peter Huessy is President of Geo-Strategic Analysis and Senior Fellow at the Hudson Institute. These views are his own.