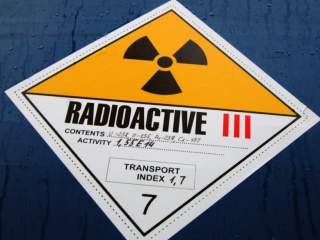 Nuclear safeguards like those that have emerged from previous Nuclear Security Summits are playing an increasingly important role in protecting the world from security threats. While the heyday of Cold War arms control tended to produce formal treaties that resulted in dramatic cuts to nuclear arsenals in order to diminish the threat of nuclear war, security threats have changed, and the way we think about arms control ought to as well. Safeguards that reduce and secure weapons-usable nuclear materials and increase transparency into the stockpiles of countries have become increasingly common in arms control agreements since the 1970s, and are also a vital tool for protection from the threat of “loose nukes.” Moreover, they signal a shift in strategy, focusing more on the control of raw materials instead of the number and kinds of weapons states possess. At a time when the technical information necessary to make nuclear weapons is increasingly accessible in the public domain, states must both cast a wider net and examine the finer details to counter this nuclear threat.

Next week's Nuclear Security Summit—the final one—will endeavor to take further steps to establish and reinforce an international architecture for the security of nuclear materials, before they can slip into the hands of non-state actors with intentions to cause harm. In light of the threats faced today, commitments to adopt safeguard protocols agreed to by countries at these summits should be considered as valuable as the treaties achieved during the glory days of arms control.

Nuclear safeguards seem to come with decidedly less fanfare than do formal arsenal reduction treaties. When states make the commitment to implement safeguards, that decision isn't usually accompanied by fanfare photo ops, official signing ceremonies, public declarations about entry into force or compliance accomplishments, or proclamations about the avoidance of global thermonuclear war. Despite that, informal agreements can be as desirable or high-profile as legally binding formal treaties in certain circumstances. Arms controller par excellence Thomas Schelling articulated the value of these kinds of informal agreements for arms control when he wrote: “reciprocated restraint may often be as good as formal negotiations and treaties, sometimes better.”

Because it's generally tougher to draw the kind of high-profile attention required for states to sign on to and implement safeguards, President Barack Obama has made it a priority, first outlining objectives to improve the monitoring and transparency of nuclear materials the world over in his 2009 Prague speech. The Nuclear Security Summit has been designed, in large measure, to tackle this problem by recruiting high-level attention—in fact, from the highest level. For a number of years, climate talks to curb country-level emissions suffered from the same problem of a lack of high-level involvement. It was only when this was overcome (and the movement universalized) that success was achieved—in the form of non-binding political commitments in the Paris agreement. The climate agreement could be consistent with a broader trend of reciprocal, dynamic non-binding commitments.

Beyond sustained attention from elites, safeguards have tended to get short shrift generally. Policy analysis and recommendations have traditionally glossed over nuance in this area, as well. The Iran deal, for example, set a new standard for verification by establishing unprecedentedly intrusive inspections, which has likely set a benchmark for future agreements. However, this pivot from previous best practices was not as widely addressed in the copious analysis that followed the deal's inking. Moreover, the long-term success of the agreement arguably rests on Iran’s implementation of the even more rigorous safeguards required by the Non-Proliferation Treaty's Additional Protocol (A.P.), but policy wonks have been considerably more fixated on whether Iran will comply with the immediate terms of the agreement instead.

The campaign trail reveals a similar bias. While many a U.S. presidential candidate has postulated that the greatest threat to national security comes from loose nukes falling into the hands of terrorists, the mechanisms for preventing this (safeguards) do not make for catchy stump speeches. Candidates do not tend to address the issue on the campaign trail. To be sure, U.S. citizens won't be voting for a candidate based on this issue and, consequently, we have no idea how a potential future U.S. president would carry Obama's mandate forward—or whether they would at all. Nevertheless, with nuclear safeguards becoming an increasingly vital tool for national security, the issue calls for serious know-how for effective policy decisionmaking.

Arms control has been most successful at improving security, and lowering uncertainty, when the threat is clear and the techniques for its amelioration or reduction are well understood and widely shared. While traditional efforts at arms control generally limit the physical arsenals of sovereign states that have weapons in precise geospatial locations, it is becoming increasingly plausible that a non-state actor could pull off a nuclear attack from an unknown location. So, while formal, legally binding treaties constrain the actions of and impose consequences on states, in crafting countermeasures, new arms control should take into account that new security threats know no boundaries. Securing nuclear material per a set of universal standards is a productive step towards countering this threat.

Moreover, the rapid rate at which knowledge is disseminated today further supports the argument that we should continue to push for the adoption of international standards for the security of nuclear materials. Technical information for constructing numerous types of weapons has proliferated with digitization; some is even in the public domain, available online. Therefore, someone intent on pursuing nuclear weapons capabilities, whether a non-state actor or legitimate government leader, will find it increasingly feasible to achieve that goal, given enough time. North Korea's pursuit of a nuclear weapons program is case in point. A focus on safeguards signals a shift in our thinking about “control” to align with this reality by tightening the lid on the availability of the raw materials required to make nuclear weapons. It closes another pathway.

Finally, the NSS and its efforts to obtain a global set of standards for the regulation of weapons-capable nuclear material also presents a model for global norms in cybersecurity. Cyberattacks know no boundaries—they traverse state borders with ease, and their perpetrators are as likely to be non-state actors as government-sponsored ones. A strong stance in support of international safeguard standards from a critical mass of elites could not only lead to non-binding commitments to implement agreements reached at the NSS, but also provide a model for addressing cybersecurity as well as other complex global issues.

Arms control has always been designed, at least in part, to increase security and lower uncertainty. Despite the changing nature of the threats we face, we can and should maintain this goal, while continually questioning whether our current tool is appropriate for the projects at hand. As technical know-how diffuses across the planet, we must adopt an increasingly fine-grained approach to security, taking for granted that many aspects of the capability to make a weapon are already out there. A reinvigorated focus on nuclear safeguards signals a materials-based approach consistent with the idea of securing the precursor material for weapons, as opposed to the weapons themselves.

We take for granted that the risk of state-initiated global thermonuclear war is relatively low compared to a non-state actor’s use of nuclear material to cause harm. In many ways, safeguards are the future of arms control. As the nature of the threat changes, our security apparatus needs to shift to reflect that change. We should embrace the current opportunity at the upcoming—and final—Nuclear Security Summit as a step in the right direction. Identifying signs of measurable progress towards achieving international regulatory control should help sustain high-level support beyond the summit to bring about a robust and dynamic regulatory and transparency regime.

Amy J. Nelson is a Stanton Nuclear Security Fellow at the Council on Foreign Relations. She was previously a policy analyst at the U.S. Department of State, and a fellow at the Stimson Center and SIPRI North America. She received her Ph.D. in political science from the University of California. Her writings have appeared in Foreign Affairs, War on the Rocks, the Monkey Cage at the Washington Post, the International Business Times, and CFR.org.