A Nuclear Deal with Iran: The Proliferation Challenge 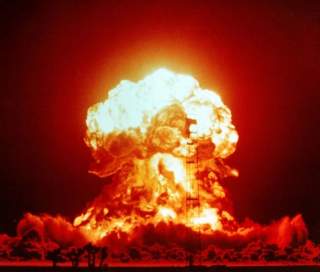 As diplomats return to talks in Vienna on July 2, many analysts hope for a successful negotiated settlement to the Iranian nuclear crisis.  Yet, in its single-minded focus on achieving a deal, the international community has overlooked significant nuclear proliferation risks attendant to such an agreement.  Diplomats should proceed full force, but to prevent new threats from materializing, the group of world powers known as the P5+1 should immediately take a number of steps, including incorporating new provisions into the diplomatic framework.

According to Secretary of State John Kerry, the envisioned comprehensive nuclear deal would leave Iran six to twelve months from a nuclear breakout capability.  While such a breakout time would provide some reassurance that Iran couldn’t build nuclear weapons on short order, it still would pose many security challenges even if Iran abides by the agreement and doesn’t build nuclear weapons and even if Israel, our regional partner skeptical of the current diplomatic track, is willing to live with the deal America negotiates.

First, Iran could transfer sensitive nuclear material and technology to other states.  Nuclear-capable states have repeatedly exported dangerous nuclear technology in the past.  The Soviet Union assisted China’s nuclear program in the 1950s and 1960s, China helped Pakistan in the 1980s, and Iran itself got a jumpstart with help from A.Q. Khan and Pakistan in the 1980s and 1990s. Tehran’s leaders might decide to export nuclear technology in an attempt to help friends, constrain enemies, establish its reputation as a nuclear energy power, or to earn hard currency.  Iran already has signed nuclear cooperation agreements with Bolivia and Venezuela, and it could conceivably transfer uranium enrichment designs, centrifuges, or enriched uranium to these countries or others, leading to the next nuclear crisis.

A post-deal Iran might stimulate Saudi Arabia, Turkey, Egypt, and perhaps other states in the Middle East to acquire their own skeletal nuclear weapons capabilities in response.  The risk of a regional nuclear arms race certainly would be less severe than if Iran had a complete nuclear arsenal, but with Iran only months away from the bomb, leaders in these states might begin pursuing more vigorously a latent nuclear weapons capability that would allow them to join the nuclear club on short notice.

More broadly, the nuclear nonproliferation regime would be damaged.  The United States has enforced a strict policy of preventing the spread of sensitive nuclear technology to new states since the 1970s.  At present, for example, South Korea is expressing interest in plutonium reprocessing for peaceful purposes and Washington has put up strong resistance, citing the proliferation risk.  After a comprehensive Iran deal, however, many other countries will want similar treatment, and Washington would not be able to claim that it trusts Tehran’s leaders with sensitive nuclear technology, but not its friends and allies.

To counteract these threats, Washington and its allies and partners should take a number of immediate steps.  First, the P5+1 should include in any comprehensive agreement a provision clearly stating that Iranian transfers of uranium enrichment technology or material would constitute a violation of the agreement and would be referred to the United Nations Security Council for enforcement.

Finally, to help save the global nonproliferation regime, the P5+1 should include a formal provision in the text of the final agreement with Iran stating that the deal is an extraordinary measure to ward off an imminent threat to international peace and security and that it will not set a new precedent for future “peaceful” nuclear energy programs.  Privately, we can communicate that countries in search of a similar deal can expect the same treatment Iran received: a decade of international pressure, isolation, sanctions, and threats of military strikes.