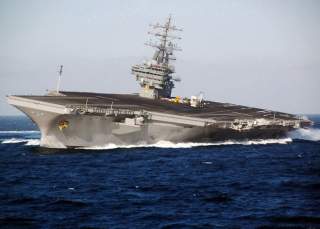 Hendrix acknowledges the concern of U.S. allies who say that submarines just do not provide the same reassurance as a visible American presence. “I’ve been told that to my face by foreign governments, that submarines don’t carry that visible sense that the Americans are there,” he said. As such, Hendrix said he agrees that the U.S. Navy needs a better high-low mix of capabilities. That would mean that the service should consider buying more frigates and lower-end destroyers. “You need a visible presence,” Hendrix said.

Hendrix said that while some might argue that perhaps a smaller U.S. vessel might not be a particularly threatening/effective deterrent, if a potential adversary were to harass such a ship there are ways for submarines to make it known that they are in the area lurking unseen. Moreover, a vessel like an SSGN—where an astute enemy might have an inkling that something is hiding beneath the waves—can cause a potential enemy to be worried when they are not sure exactly where it is and thereby act as a deterrent. “What makes people worry about them is what they don’t know,” Hendrix said.