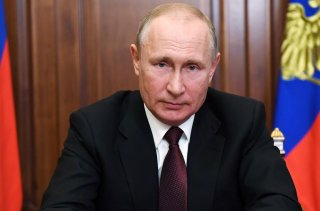 The horizon for changing the strategic framework for the United States and Russia may be closer at hand than many surmise. A relatively recent poll by the respected Moscow-based Levada Center is particularly relevant here, evidencing a generational shift in attitudes toward the West.  The poll results show that broad exposure to the Internet and to foreign travel has created “a generally positive [attitude] toward Europe and the U.S., with almost two-thirds of [the younger generation] expressing positive views. This breakdown is the complete opposite held by Russians over 65.”

President Dwight D. Eisenhower gave a remarkable speech on April 16, 1953, urging the two superpowers to change directions, with a high priority given to arms control measures.

For Eisenhower, “this [current massing of armaments] was not a way of life at all,” and he pleaded with both countries to join together “to turn the black tide of [current] events.” He sternly admonished that: “If we failed to strive to seize this chance, the judgment of future ages would be harsh and just.” The next presidential administration must take “this chance” by reviving and embracing a comprehensive arms control regime between the United States and Russia. It could well be America’s last chance for avoiding a fatal—and likely final—harsh judgment of history.

Jeffrey Burt, James Hitch and Peter Pettibone served as partners of prominent international law firms, heading the Soviet and Russian practices of Arnold & Porter LLP, Baker & McKenzie, and Hogan Lovells, respectively. Thomas Shillinglaw was the lawyer for Corning Inc.’s projects in that part of the world. The authors spent decades negotiating transactions and resolving disputes in the USSR, Russia and Ukraine involving their clients and government officials and state and privatized enterprises at local and national levels. They have served on many inter-governmental advisory committees, as well as in various leadership positions for the American Bar Association and international trade and arbitration organizations relating to those countries.