Is Obama Going Soft on Taiwan? 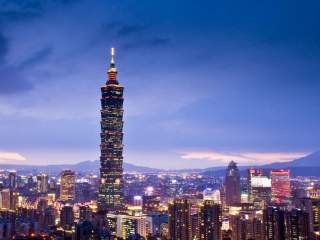 Did the Obama administration just signal president-elect Tsai Ing-wen to give some ground to Beijing on “the 1992 consensus” and “one China”? That may be the only plausible explanation of a curious moment that occurred during a Washington conference on Korea last week.

The Center for Strategic and International Studies convened a day-long discussion of “A New Paradigm on the Korean Peninsula,” with former Assistant Secretary of State for Asian and Pacific Affairs Kurt Campbell serving on a panel addressing “The Regional Context.”

After presentations and a series of interactions among the panelists and with the audience, Campbell seemed eager to elicit one last question. A woman obliged by asking about attitudes toward Korean unification among younger Americans and Japanese.

He responded that fifteen or twenty years ago some in both countries seemed willing to accept the continued division of the two Koreas “under some bizarre concept of strategic interest.” There is no longer such ambivalence. Now, despite some concerns about “costs and process,” both Japan and the U.S. strongly favor “the ultimate outcome of unification.” He credited the policy leadership at CSIS, as well as President Park and her staff, for fostering “the concept, notional and thematic and overriding, the idea that there is one Korea, that there is one Korea.”

Incongruously, he then added:

I have to say that the greatest foreign policy success of the last sixty years in Asia is the general acceptance of the notion that there is one China—and the fact that that is such an undergirding policy part of everything that we do with Beijing. I think that is something that South Korean friends should continue to pick up. It’s my view.

The questioner suggested that the two situations might not be analogous. The response:

No, I think there are powerful analogies and South Koreans can take the very strong view that countries or groups that would take steps that would prevent the unification of our. . . peoples are not working in the best interests of South Korea over the longer period. I believe that at a theoretical level, and just underscoring the desire and the intent to take steps toward building trust and confidence is in the best interests.

It is difficult to discern the precise point the former Obama official was making by gratuitously introducing the China-Taiwan issue into a Korea discussion. What is it that Koreans could learn from the cross-Strait experience?

That repeatedly saying that there is one China or one Korea will make it so? Or that the motivations of the Korean people for reunification and Beijing’s push for unification are equivalent? The South Korean people want to rescue and reunite with families and friends who live miserable lives under the humanitarian disaster that is the odious Kim regime.

The Chinese public, to the extent their opinion can be ascertained, do not place great urgency on the Taiwan issue. It is the Chinese government, not the public, that seeks the geopolitical and military advantages in service of a larger Asian strategy that would come with occupation of the island. (On December 7, 1941, Japan launched its assault on the Philippines from Formosa.)

Nor, surely, could Campbell have been suggesting that democratic South Korea should emulate Communist China by threatening to use force against the Democratic People’s Republic of Korea to compel reunification.

Which brings us back to his initial praise for “one China.” The concept was first enunciated in the Shanghai Communiqué drafted by Henry Kissinger and Zhou Enlai on the occasion of President Nixon’s historic opening to China:

The United States acknowledges that all Chinese on either side of the Taiwan Strait maintain there is but one China and that Taiwan is a part of China. The United States Government does not challenge that position.

Since 1970, Beijing has consistently presumed to argue that the U.S. accepted rather than acknowledged its view of the “one China principle.” Just as consistently, Washington demurs, maintains its “one China policy” is agnostic on the basic question, and leaves it to the two sides to work out Taiwan’s future peacefully.

Was the former assistant secretary suggesting that Washington has changed that neutral position and now accepts China's view of the matter—that this Taiwan is rightfully part of this China? That would be a significant and game-changing departure from U.S. policy. It would also seriously undermine the position of the Democratic Progressive Party that will be ruling Taiwan in a few weeks under Tsai’s leadership.

Given Campbell’s former position as chief architect of Asia policy, it is essential that the Obama administration clearly affirm the U.S. commitment to Taiwan before either Beijing miscalculates Washington’s resolve or the new Taiwan government finds it necessary to make a particularly strong statement of its own. The confusion emanated from Washington, and should likewise be dispelled there.

Then again, the president will make history with his visit to Hiroshima and Communist Vietnam, as he did with Communist Cuba. If he could begin his trip to Asia a day or two earlier, he could be the first American president to visit democratic Taiwan and attend Tsai’s inauguration. That would be not only historic but also morally correct and strategically sound.

Joseph A. Bosco served in the office of the secretary of defense, 2002–10. He is a member of the U.S.-China task force at the Center for the National Interest.