Obama is Right: The Gulf Arabs Ride Free on Terrorism 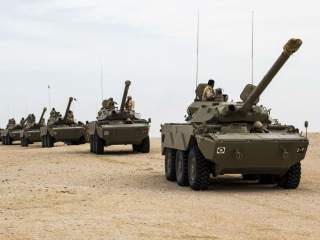 President Obama missed the last real opportunity of his administration to urge the Arab Gulf monarchies to finally adopt a no-tolerance rule toward all terrorist groups and to end the inexcusable impunity of terror financiers in their territory. Rather than calling out how certain Gulf states have failed to honor their commitments in this regard, President Obama used language that patted them on the back for half measures during his visit to Riyadh last Thursday for a Gulf leadership summit.

Back in September 2014, just before the start of international airstrikes against Islamic State in Syria, the United States released a document called the Jeddah Communiqué. In it, the State Department announced that the Gulf monarchs and several other Arab allies of the United States had committed to “countering financing of ISIL and other violent extremists, repudiating their hateful ideology, ending impunity and bringing perpetrators to justice.” And just this past week, the United States and the Gulf Cooperation Council reiterated their “shared commitment to defeat terrorism in all its forms.”

So how have the GCC states actually fared, compared to their promises? Well, if you listen to President Obama this week, they’ve already succeeded. He bragged to the press in Riyadh on Thursday that “during the course of our administration, the GCC states have extensively cooperated with us on counterterrorism” and “on curbing the financing of terrorist activities.” The summit’s joint communiqué said the United States “commended” the Gulf states for their “rigorous efforts. . . to prevent terrorist attacks,” including their efforts to “counter violent extremism.”

Yet as I testified last year before Congress, Gulf rulers continue to embrace preachers of religious intolerance—most notably in Saudi Arabia and Qatar, but also in Bahrain, Kuwait and Dubai of the United Arab Emirates. Many Gulf governments have also failed to consistently outlaw major terrorist organizations and take legal action against internationally designated funders of terrorism on their territory.

Indeed, the Gulf region stands at the intersection of two powerful and pivotal trends: fundamentalist ideological currents and enormous wealth from oil and natural gas. That confluence allegedly makes it a top source—some have argued the top source—of private donations to certain menacing terrorist organizations such as Al Qaeda, the Taliban, Lashkar-e-Taiba and Hamas.

Official sources told me earlier this year that Kuwait has yet to convict—or even indict on terror-finance charges—a single one of the ten or so living Kuwaiti nationals and residents who are subject to terror-finance sanctions by the United States and United Nations. They also indicated that one or two of the men may still be employed at Kuwait’s flagship state university, and the local press has reported that one sanctioned Kuwaiti has also been given his mosque pulpit back by order of the state.

In Qatar, there is reason to believe circumstances are more or less the same. In 2014, a top Treasury official called both countries “permissive jurisdictions” for terrorist finance, an ignominious appellation that the U.S. government has yet to walk back. That official also called out Qatar for granting legal impunity to citizens in its territory under U.S. and UN sanctions on charges of terror finance.

Last month, Qatar proclaimed that U.S. Treasury Secretary Jack Lew expressed appreciation for Qatar’s “efforts. . . in the prosecution of financiers of terrorism.” But “efforts” to prosecute do not necessarily mean that actual indictments have been filed, that indictments have targeted most of the key individuals on U.S. or UN terror finance lists, that those individuals are now behind bars or that lasting convictions have been achieved. And I can find no publicly available evidence to suggest otherwise.

Additionally, when the United States sanctioned two Qatar-based individuals on charges of funding Al Qaeda last year, a U.S. official reportedly told the press that Qatar had yet to arrest the two men and that “there continues to be concerns about terrorist financing going on in Qatar.”

This month Bahrain followed in the 2014 footsteps of Saudi Arabia and the United Arab Emirates by issuing a formal list of banned terrorist organizations. Notably, they each banned some or all branches of Iran's terrorist proxy Hezbollah. But in all three cases, these lists also displayed serious omissions.

Hamas was left off of all three designation lists, as were all other terrorist organizations that primarily target Israeli civilians, such as Palestinian Islamic Jihad and the Popular Front for the Liberation of Palestine. It is worth recalling that senior Hamas officials, including U.S.-designated individuals, routinely are allowed to visit or operate out of Qatar. And last year Treasury called Saudi Arabia “the largest center of Hamas’s financial activity” abroad.

The Bahraini and Emirati lists, both which were released since the Jeddah Communiqué, did ban the Pakistani Taliban. But inexplicably, not a single one of these three Gulf lists banned the Taliban’s most important branch—its Afghan one—or its offshoot in Pakistan, the Haqqani Network. That omission sends a particularly worrisome signal, given that a leaked memo from Obama’s first term asserted that private donations from the Gulf—and not the infamous Afghan drug trade—comprised the primary source of Taliban financing.

Indeed, much ink has been spilled on Qatar’s decision to host five senior Taliban officials who were released from Guantánamo in exchange for one of the Taliban’s U.S. hostages, Sgt. Bowe Bergdahl. But it is also worth noting that the popular podcast Serial revealed just this January as part of its investigation into Bergdahl’s case that a reporter “did an interview for us in Dubai with a high-level Taliban guy there.”

With the exception of providing real estate for basing American bombers, the Gulf states are playing a negligible role in the air war against Islamic State. Several of them—Oman, Kuwait and probably Qatar—have declined to drop even a single bomb against the group. Similarly, the Saudi-led coalition in Yemen has irresponsibly allowed Al Qaeda’s most dangerous branch, Al Qaeda in the Arabian Peninsula, to flourish, and is only now beginning to conduct meaningful air strikes against the group.

It is encouraging to see that coalition finally press Al Qaeda to abandon Al Mukalla, the capital of Yemen’s largest province, on Monday. However, judging by figures from Reuters, the group probably extracted hundreds of millions of dollars during the year in which it controlled that city uncontested.

Iona Craig, a freelance reporter in Yemen, reports that many of the AQAP fighters who just retreated from Al Mukalla instead made their way to the Yemeni province of al-Bayda. According to the U.S. Treasury, a Yemeni who reportedly once acted as AQAP’s emir in al-Bayda was Abdel Wahab al-Humayqani, whom the United States declared a Specially Designated Global Terrorist in 2013. In 2015, Humayqani conducted media interviews from Riyadh and was even hosted in the studio as a guest of Saudi state TV.

While the communiqué from last Thursday’s summit included some blandishments about being opposed to Al Qaeda’s local affiliates in Syria and Yemen, participants announced little in the way of specific new commitments as to how they would eliminate this significant threat, which has shown itself capable of grisly international attacks even from limited safe havens in the countryside. Indeed, the Riyadh summit was so low on explicit new counterterrorism commitments that, as the New York Times put it, the gathering ended “without announcing any concrete new plans or initiatives.”

President Obama suggested last month in his controversial Atlantic interview that he views GCC rulers as “free riders” in the fight against terrorism. Regardless of whether or not he muddled the message in Riyadh, the Arab Gulf monarchs are doing a poor job of proving that assertion wrong.

David Andrew Weinberg is a Senior Fellow at the Foundation for Defense of Democracies. He previously served as Democratic Professional Staff Member at the House Committee on Foreign Affairs.