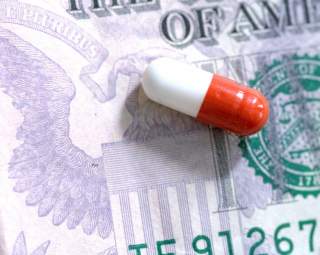 There is more to this week’s House hearing with Massachusetts Institute of Technology economist Jonathan Gruber than just an examination of his disparaging comments about the American public’s understanding of Obamacare.

Rep. Jason Chaffetz (R-Utah) of the House Committee on Oversight and Government Reform asked Gruber for copies of his taxpayer-funded modeling results, his work product, for the Affordable Care Act.

Instead of a simple “yes,” Gruber said that he would consult with his lawyer. Lawyering up on such a request is more than bad form. Transparency, not personal information, is at issue here.

Did Gruber model the health law’s budgetary impacts for the White House before its passage?  Peering behind that curtain—Gruber’s analyses, memos, reports or projections on Obamacare’s budget impact, and especially internal communications emails with the Congressional Budget Office  and others within the administration—would help clarify what President Obama and his team understood about the law at the time. It might also teach us how to avoid similar problems in the future. Corrective legislation is the purpose of congressional investigations.

The basic budgetary facts are not in dispute. When Obamacare was enacted, the official cost estimate was roughly $900 billion over the period from 2010 through 2019. However, the health law’s cumulative costs have since roughly doubled as more of its provisions come online. The simple difference in the time period, plus the increase in massive new entitlement spending, has started to bring the law’s true costs into sharper focus. For 2015 through 2024, CBO now estimates that the insurance subsidies and the big Medicaid expansions will cost $1.89 trillion.

President Obama initially promised that he would not sign a bill that added “one dime” to the federal deficits. And the ACA did indeed include various measures to offset its costs, particularly steep Medicare payment reductions and some big tax hikes.

But in both cases, the pay cuts and richer revenues will generate intense political opposition. In its 2010 assessment of the law, the CBO formally expressed doubt as to whether the Medicare payment policies could be sustained. Curiously, during his questioning with Gruber at the House hearing, Rep. Stephen Lynch (D-Mass.) complained of the law’s 40 percent excise tax on high-cost, union-negotiated plans. Organized labor, as Lynch indicated, hates that tax. Other Obamacare taxes are almost universally unpopular, such as the medical device tax that hits a lot of biotechnology firms in some very liberal states.

It’s only 2014, and the health law’s big spending provisions, such as the exchange subsidies and the Medicaid expansion, are just up and running. Assuming it continues in its current form, Obamacare’s big spending spree is certain to soar, and may turn out to be even higher than the CBO’s projections.

What is not certain are the law’s projected savings or the ability of revenue increases to offset its rising costs. They may be much lower, and in some cases may not materialize at all. Congress may yet weaken or repeal them.  Certain spending on a massive scale, and uncertain savings or revenues, is an unhealthy prescription for higher deficits and huge debt.

The CBO now says that it can no longer determine the full impact of the law. Once Obamacare was passed, its deficit reduction provisions dissolved into the vast sea of overall federal spending and revenues.

My colleagues and I at the Heritage Foundation have argued that Obamacare’s festering budgetary issues reflect a much deeper problem with today’s congressional budgeting process. Particularly, lawmakers have a fixation with “deficit reduction” at the expense of controlling government spending. Washington’s crazy spending is the root cause of its fiscal problems, deficits and debt.

Following Rep. Chaffetz’s lead, the Committee could mine a potentially rich vein of information. Far more important than Gruber’s insulting comments is the work product—all of it—from his sophisticated econometric modeling.

That information might shed light on the gravity of Obamacare’s fiscal problems facing the country, and how we got there. In the name of transparency, congressional investigators need to stay on the job. Meanwhile, they should fix their own broken budgetary process and stop the crazy spending.

Robert E. Moffit, PhD., is a senior fellow in the Center for Health Policy Studies at The Heritage Foundation.