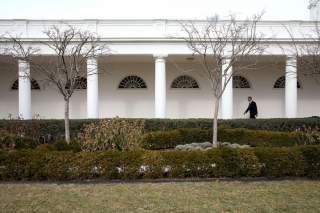 Chaos has erupted at the border with a sudden influx of Central American children entering America—illegally and alone. Initially, the Obama administration tried to blame the exodus of adolescents on their desire to flee violence in their home countries. Only lately has the White House bowed to reality and finally conceded what Democrats in Congress, The Washington Post and even Univision were already admitting: that dreams of sanctuary under the DREAM Act had convinced Central American families to hand their children over to coyote networks that would take them across Mexico and the Rio Grande. In other words, the administration had to admit that it had contributed to the problem by appearing to promise that children who crossed the border illegally would not be deported.

But the administration shouldn’t get a pass on the violent hell that has been unleashed in Honduras, Guatemala and El Salvador. The United States has great sway over what (in a less-enlightened age) used to be called America’s backyard. The Obama administration knows it, too, because it wields that influence with gusto in Central America. If it wanted to help quell the turmoil, it would pursue policies aimed at alleviating the crisis. Instead, the administration props up bad actors who have always disliked America and beats up on long-standing friends.

The Northern Triangle nations of Central America are dangerous places. Honduras has the highest murder rate in the world at 90.4 per 100,000 inhabitants; El Salvador is No. 4 with a 41.22 rate and Guatemala is No. 5 with 39.9. These statistics don’t show a spike in violence; they are largely unchanged from the numbers I discovered two years ago when researching a book on Hispanics. Still, they are alarmingly high. By comparison, the U.S. rate—the second highest in the thirty-four-member OECD—is “only” 5.2. (For wider context, France’s is 0.8; Britain’s is 0.3.)

And the flight of children isn’t new either. The U.S. Office of Refugee Resettlement told me in January 2013 that some 2,179 unaccompanied minors from these three countries were in U.S. custody. Because of the DREAM Act incentive, however, those numbers have become much worse this year. More than 40,000 unaccompanied minors have come to the United States since January; the vast majority came from Guatemala, Honduras and El Salvador.

So, yes, the Northern Triangle is a desperate place. A U.S. official, who recently visited the main prison in Guatemala, described it as a huge compound run entirely by MS-13 and Calle 18, two transnational crime organizations that can no longer simply be called gangs. Each had its separate wing at the prison, prepared its own food and ran its own children’s centers, replete with toys, for when sons and daughters came to visit their fathers, he told me. When they’re outside, they pressure Central Americans, including children, to enlist in the gangs—“or else.” The army is completely overwhelmed. These two gangs alone have an estimated 85,000 members in the three countries, compared with about 100,000 uniformed soldiers, many of whom cannot be relied upon.

So no wonder so many Central Americans are making the trek across Mexico to enter the United States, where they expect to get a permiso (permit). Central America is messy. Its problems are not self-contained, either—they affect us here at home. It’s not just the question of minors flocking to our border with Mexico; transnational criminal organizations are vertically integrated in several criminal activities in cities throughout our country, especially just a few miles from the White House and Congress, as Maryland and Virginia have a high concentration of Central Americans.

But the region has faced problems before, and previous American presidents have stepped up. Ronald Reagan, of course, comes to mind. When the Soviets and the Cubans decided to make Central America a test of America’s resolve, Reagan answered the call. He supported the Contras fighting the Marxist Sandinistas in Nicaragua. He also backed El Salvador’s democratic president, Jose Napoleon Duarte, who was facing the equally Marxist guerrilla group the Farabundo Marti National Liberation Front (FMLN). Reagan won both those fights and Nicaraguans and Salvadorans electorally supported the sides he had picked, throwing out the Sandinistas in Nicaragua and voting for Duarte in El Salvador.

Honduras presented the new Obama administration with one of its first foreign-policy tests. On June 28, only six months after President Obama had come into office, the Honduran Congress and the Supreme Court issued a warrant for the arrest of President Manuel Zelaya and asked the Armed Forces to physically remove him from the country. President Obama, it is now fair to say, botched that first test of Central American policy. Zelaya had close ties to Hugo Chavez, the then president of Venezuela (a transit point for the drug shipments). He was also an ally of every anti-American actor in Latin America and beyond (most notably, Nicaragua’s Daniel Ortega and the Castro brothers in Cuba). Zelaya had tried to subvert Honduras’s constitution and stay in power, and when the country’s other legal institutions refused to budge, he tried to exploit fissures between the rich and the poor, calling mobs of his supporters to the streets.

The country was destabilized. The Honduran Congress and high court acted entirely constitutionally. So did the Armed Forces, which showed they did not lust for power by immediately handing power to a civilian interim president, who himself handed power to a popularly elected successor later that year. The Supreme Court’s vote had been a unanimous 15-0, with eight of those fifteen votes coming from members of Zelaya’s own party.

But President Obama and Secretary of State Hillary Clinton called the action a military coup and terminated a broad range of assistance programs toward the impoverished country. It also connived with the socialist Secretary General of the Organization of American States (OAS), Jose Miguel Insulza, to expel Honduras from the OAS. (This is the same OAS that is now insisting that Cuba, under a fifty-five-year undemocratic communist dictatorship, must now be given membership.) The Obama administration did recognize the free elections held in November 2009. But when I went to Honduras a few months later, our friends there still wondered what had caused the administration to act in this manner.

The administration’s interference this time has to do with the trial of Efrain Rios Montt, who was president for eighteen months after a 1982 coup. During that time, the country was fighting a Cuban- and Soviet-supported Marxist insurgency, to which Rios Montt dealt severe setbacks. He was tried in Guatemala in 2013 for “genocide” and found guilty, but the Constitutional Court annulled the conviction and set a retrial for next year. The Court did so because the presiding judge, Yassmin Barrios, had removed Rios Montt’s lawyer during the trial and appointed two others to replace him without consulting with her defendant, violating his constitutional rights. The Court also ruled earlier this year that Attorney General Claudia Paz y Paz must step down because she had interfered with the Rios Montt process.

The problem is, Barrios and Paz are favorites of Mrs. Clinton and First Lady Michelle Obama. Earlier this year, Barrios received the State Department’s International Women of Courage Award in Washington, from none other than the First Lady, for her performance in the Rios Montt’s trial—the same performance that had moved the high court in Guatemala to throw out the conviction and the Guatemalan Bar Association to suspend Barrios for a year. U.S. Ambassador Arnold Chacon cut a video in Spanish in which he said it had been “a privilege for my government to count on a partner like Dr. Paz y Paz.”

In fact, our embassy in Guatemala has interfered in the whole process from the start, issuing statements in Spanish only—in contravention of the usual practice that all statements from our embassies must be also in English, so we can know what’s going on back home—and making it clear that it wanted a guilty verdict for the eighty-one-year-old Rios Montt. After Barrios and Paz were sanctioned, our embassy issued this statement: "For the proper functioning of democracies, independent and capable public servants are essential. If judges are subject to threats and intimidation, justice will suffer."