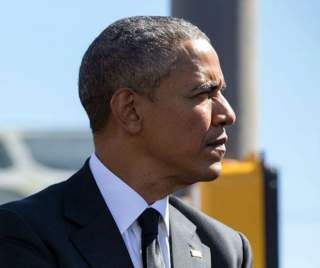 America has just experienced one of the saddest weeks anyone can remember, certainly since the 9/11 Al Qaeda attacks. Two young black men shot to death by policemen, one white, the other Asian, in episodes that seem, in early perceptions, to have been senseless. Then eleven Dallas police officers shot from ambush—at least five fatally—in a racially charged spree of savagery. Such events, and certainly such events in confluence, defy efforts to give expression to the human emotions they unleash. We try, of course, reaching for the most powerful and outrage-charged words we can muster, but everything seems to fall short. It’s too sad, too numbing, too disheartening.

Such events also are too easily exploited for political advantage or philosophical leverage. Whenever a black person is killed in confrontation with a white policeman (or, it seems now, an Asian American), the cry goes up that racism must have been at the heart of it.

Consider the immediate reaction of Minnesota governor Mark Dayton following the death of Philando Castile in the course of a routine traffic stop for a broken taillight. We don’t know yet precisely what happened before the fatal shots were fired from the gun of officer Jeronimo Yanez, and yet that didn’t stop the governor from proclaiming publicly what was at the foundation of the tragedy. “Would this have happened,” he asked, “if those passengers and the driver were white?” He answered: “I don’t think it would’ve.” Even while acknowledging that the facts weren’t yet known, he said, “I’m forced to confront—and I think all Minnesotans are forced to confront—that this kind of racism exists?”

What kind of racism was he talking about? And how can he know that racism was at the core of this heart-rending episode absent the facts?

(Recommended: The Worst U.S. President Ever Is...)

One is forced to ponder why government officials feel compelled to reach for the hoary accusation of racism whenever such terrible events occur. There is no issue in American politics more sensitive than race. There is no issue more likely to stir incendiary emotions or to bring people into the streets in protest, most often peacefully but sometimes descending into flights of violence and destruction. One might think, therefore, that public officials would shy away from premature pronouncements of racism before we know all that needs to be known in order to form such a judgment.

But, just as evidence of racism or even hints of it in law enforcement inevitably generate powerful emotions among blacks, so too can they alter the balance of political power in any community and in the relationship of those communities with the federal government. Consider the Black Lives Matter movement, which emerged in response to the shooting of young Michael Brown in Ferguson, Missouri, by police officer Darren Wilson. Protests in Ferguson turned into riots that lasted more than a week. The governor ordered local officials to relinquish command of the situation to the state highway patrol. But eventually he had to call out the National Guard to help restore order. It was a delicate and potentially dangerous time.

In the midst of it, President Obama weighed in with ill-considered remarks that positioned himself as the arbiter of just where the proper balance should be struck in the fast-moving and perilous standoff between thousands of protesters, with significant looting and rock-throwing going on, and the authorities charged with ensuring that this highly charged situation didn’t flip out of control and lead to serious bloodshed. His admonitory words, directed at both protesters and local government officials, implied a moral equivalence of the two sides, which served to undermine the standing of local officials.

The Black Lives Matter movement that emerged out of all this proved so potent among Democrats that one presidential candidate, former Maryland governor Martin O’Malley, actually apologized for the inexcusable faux pas of suggesting that “all lives matter.” At one candidate debate, when the contenders were pressed to endorse the “all lives matter” concept in conjunction with a commitment to black lives, none demonstrated the temerity to take such an inclusive stand.

But it turned out that there was actually no evidence of racism in the tragic Ferguson event. A St. Louis County grand jury declined to indict Wilson, and the U.S. Department of Justice subsequently cleared the policeman of civil-rights violations in the shooting. The department based its conclusion on forensic evidence as well as the credibility of witnesses who corroborated Wilson’s account. It questioned the credibility of those who incriminated the officer. Thus, based on the evidence, the shooting was a matter of self-defense.

Yet when the episode is mentioned on NPR and other liberal media outlets, the final law-enforcement conclusions are finessed so as to burnish the significance of events that catalyzed the Black Lives Matter movement.

Which brings us back to the depressing events of the week just past. Dayton’s pronouncements following the Castile shooting, and before any facts of motivation were in, constituted probably the most blatant political exploitation of a tragic incident. But President Obama couldn’t resist the temptation either.

In Thursday remarks from Warsaw, Poland (before the Dallas police shootings), the president spoke in eloquent and very human terms about the death of Castile and the previous police killing of Alton Sterling in Baton Rouge, Louisiana. But he couldn’t resist attributing the episodes to racial attitudes. “When incidents like this occur,” he said, “there’s a big chunk of our citizenry that feels as if, because of the color of their skin, they are not being treated the same, and that hurts, and that should trouble all of us.” He said the incidents were “symptomatic of a broader set of racial disparities that exist in our criminal-justice system.”

But the incidents could be symptomatic of broader racial disparities only if they reflected actual racialist or racist attitudes on the part of the officers involved. Not every tragic incident involving white police officers interacting with blacks in the course of their duties can be symptomatic of what the president calls a problem “that we all should care about.” Some may; perhaps many are. But each incident must be assessed on its own facts and merits, and that’s what the president declined to do. In his effort to combat the stereotyping of blacks who encounter police officers, he ended up stereotyping white police officers by suggesting that these incidents, ipso facto, represent a systemic problem.

It’s interesting to note that, the next day, following the brutal sniper attack on white police officers, Obama omitted any reference to race in issuing the usual expressions of outrage and heartsickness at “a vicious, calculated and despicable attack on law enforcement.” Here was an instance of actual and clearly established black racism on the part of a man who said he wanted specifically to kill white people, preferably white policemen. Yet the president refrained from the kind of admonitory and patronizing expressions he directed toward the nation’s whites in the wake of Ferguson or the Trayvon Martin tragedy or the arrest of Harvard professor Henry Louis Gates outside his own home in Cambridge, Massachusetts. Apparently no broader lessons are to be found here of the kind he likes to trot out when a black person is killed by a white cop, even before he knows the facts of the case.

Some have sought to draw a connection between the president’s lopsided approach and the kind of hate-filled actions witnessed in Dallas. No such connection is suggested here. The president’s good faith is not in question. Neither is the appropriateness of calling attention to racial disparities that can be identified through serious information gathering and dispassionate analysis. Seldom can an act of evil be attributed to ordinary political discourse.

But it seems fair to question the president’s judgment when he steps forward with broad lessons for Americans drawn from episodes that he can’t possibly fully understand because the facts aren’t yet in hand. And it seems fair to wonder why the lessons always seem to go in one direction. For presidents, as for the rest of us, a good admonition is to wait until the facts are in before specifying their meaning.