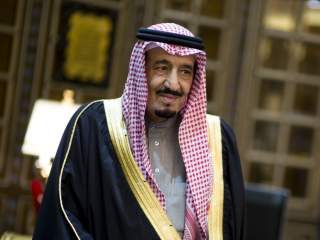 On April 21, Barack Obama will make what will most likely be his last visit to Saudi Arabia as U.S. president. This comes at a time when the clashing ideologies of the “Obama Doctrine” and the emerging “Salman Doctrine” have led the two countries to an increasingly troubling divergence of opinion and commitment vis-à-vis the primary issues affecting the Arab world: the Syrian and Libyan civil wars, the rise of Al Qaeda and ISIS, the Palestinian-Israeli conflict and various Iran-sponsored revolts via terrorist proxies. Also on the table will be one subject where the two countries have been in at least tacit agreement: the Saudi-led war against Houthi rebels in Yemen, which looks to be entering a new phase of mediated talks. And while much of the “special relationship” is now institutionalized in the form of comprehensive counterterrorism efforts, advanced weapon-systems deliveries, trade, investments and education, the president will encounter a Saudi leadership that has grown increasingly independent as it responds to and seeks to influence the rapidly changing geopolitical conditions in the Middle East and wider Muslim world.

There are two main reasons for this new Saudi assertiveness at the heart of the emerging Salman Doctrine. First, the so-called Arab Spring has resulted in a massive downward spiral of the region into chaos and bloodshed that the Saudis and their allies have been forced—often without U.S. approval, consultation or involvement—to address for the sake of international and regional security. Second, while the Saudis accept that the Iran nuclear deal is now established fact, the manner by which it was carried out is considered highly suspect. Not only was it done in secrecy and without consulting Riyadh, but Obama compromised his efforts against Assad in order to appease the Iranians. The result of that decision is now clear: over 250,000 Syrian dead and millions of refugees.

In order to support the new strategic independence that is at the core of King Salman's vision, the Saudis have gone on a spending spree of over $150 billion to create an enhanced defense infrastructure, a number that is expected to increase by around $100 billion over the next five years. They have also spearheaded a thirty-four-nation Islamic coalition to fight terror, and most of these nations have already carried out major military exercises, called Northern Thunder, with over 150,000 troops from twenty countries on the kingdom's northern border with Iraq. Finally, the Saudis have plans to build at least three new military bases in their “near abroad,” with one already in the works in Djibouti.

The war in Yemen is the most recent fruit of this new strategic vision. Over a year ago, a Saudi-led coalition began militarily intervening in that nation’s civil war, and at this point the rebels are slowly being surrounded in Sana, after having been dislodged from Aden and Taiz. A UN ceasefire agreement has been accepted by both sides, and talks are set to begin soon on returning the government of the legitimately elected Yemeni president, Abdu Rabbu Mansour Hadi, to the capital. This impending Saudi achievement in Yemen will augur the end of Iranian influence in the Arabian Peninsula (after Tehran’s failed attempt in Bahrain in 2011) and provide tangible evidence of how the Salman Doctrine is altering the political landscape in the Middle East.

Recent Saudi actions against Hezbollah in Lebanon are another indication of the kingdom’s increasingly assertive leadership role in the Middle East. Last month, the Saudis withdrew $4 billion in aid to Lebanon, advised Saudi tourists to avoid the nation and declared the Tehran-supported organization, which has become central to Lebanon’s social, political and military scene, a terrorist group. Though this move condemns the sliver of a nation—which borders Israel and hosts millions of Syrian and Palestinian refugees—to political, economic and very soon financial isolation, the Saudi government is clearly ready to make the hard choices necessary to address the injustices and imbalances of a region overrun with the many regional terrorist entities sponsored by Iran: Hezbollah and its sister movements in Kuwait, Bahrain and Saudi Arabia's Qatif enclave; Hashd al-Shaabi in Iraq and Syria; the Houthis in Yemen; and a specific military wing within Hamas in Gaza.

In a show of support for Saudi Arabia’s leadership in the Arab world, Egypt recently ceded two strategically located Red Sea islands, Tiran and Sanafir, back to the kingdom. Not only does this move evince a growing Egyptian-Saudi economic, political and strategic alliance, but it also portends the creation of a project that has been much discussed for decades: the creation of a land bridge between the two leading Arab nations. This bridge, to be named after the Saudi monarch, will deepen the two countries’ commercial interactions, providing potentially tens of thousands of jobs for poor Egyptians and economically developing the critically important Sinai Peninsula. It will also facilitate even greater military cooperation, allowing for the easy transport of troops, armored vehicles and main battle tanks into northern Arabia for future deployments, supporting the seven new Saudi army brigades that will serve as the core fighting force of the Saudi-led Islamic coalition.

One Saudi political observer recently tweeted, “It was from Cairo University that Obama ignited the Arab Spring and it is from Cairo University that King Salman extinguished it.” This is in reference to President Obama’s June 2009 speech, which is now seen as a catalyst of the uprisings of the so-called Arab Spring, and King Salman’s recent honorary degree in recognition of his “contributions to the well-being of the world.” Some may wonder why this Arab “Spring” needed to be extinguished. The answer is because it was ignited by a president who surrounded himself with supposed Middle East “experts” who lacked a basic understanding of Islamic and Arab civilization and culture, and who still have yet to realize that the “revolution” they so enthusiastically supported has destroyed nearly everything in its path. Only the Saudis and their respective Arab allies, especially the UAE, had the resolve and resources to try to put out the conflagration.

While Obama and his doctrine will be leaving office soon, his final visit to the kingdom is his last chance, should he think it worthwhile, to attempt to improve U.S.-Saudi relations, so that he can leave a more positive diplomatic and strategic environment for the next administration.

Nawaf Obaid is a visiting fellow at the Harvard Kennedy School’s Belfer Center for Science and International Affairs.