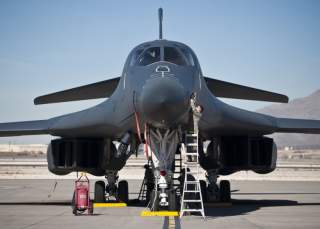 Nearly four years ago, in a moment that electrified global audiences, the beleaguered Libyan strongman Muammar al-Gaddafi declared his intention to "cleanse Libya house by house" as part of his impending siege of the rebellious, eastern city of Benghazi. Within a month, President Obama, with UN Security Council support, led an air coalition to save the city of Benghazi from Qaddafi’s threatened massacre. Willing to “lead from behind” after intense pressure from Britain and France, the president both launched and then expanded the initially stated UN sanctioned war aims and pursued regime change. As a result, President Obama made three critical pitfalls in pursuing this multilateral intervention.

First, Obama failed to articulate a clear and convincing case for war to the American public that justified why this military action was necessary and in the national interest. By no means a very close American ally, Muammar al-Qaddafi had taken steps in the previous eight years to improve relations with the U.S., including ceasing his nuclear weapons program and settling with the Lockerbie families. As a result, while a plurality of Americans initially supported the Libyan campaign in March 2011, by June public opinion had turned decidedly negative.  Despite campaigning for president on ending America’s engagement in “wars of choice,” Obama had reluctantly bought into one alongside his European allies who were incapable of launching this intervention independently.

Second, Obama and his European allies changed their UN sanctioned war aims from a no-fly-zone and protection of civilians, to outright regime change. As a result, the U.S. alienated Moscow and Beijing who had withheld their vetoes against authorizing force based on the assumption that the proposed campaign had limited aims and intentions. By pursuing regime change without the full support of the UN Security Council, the U.S.-led coalition broke the trust of Moscow and Beijing and lost their participation in any post-war effort to rebuild the state. A globally sanctioned action became branded as an American and European enterprise. Since then, Moscow has repeatedly raised this episode as a reason it distrusts President Obama’s commitment to multilateralism. Critically as well, the U.S. and its European allies rejected a negotiated settlement proposed by the African Union and Qaddafi himself, which could have prevented a complete collapse of the state

Third, the U.S.-led coalition after the fall of Tripoli failed to both articulate a post-war strategy to rebuild and secure Libya and, importantly, commit substantial resources to help disarm the rebels and transition Libya to a stable state. Colin Powell’s old adage, and the Pottery Barn’s return policy: “You break it, you own it” seemed far from Obama, Cameron, and Sarkozy’s minds as the coalition largely walked away from Libya after the fall of Tripoli. Instead, the U.S., Britain, and France have relied on UN mediation and periodically joined others in holding “Friends of Libya” style conferences (the last one met in March of 2014) to discuss ways the international community can support Libya’s future. More often than not, these conferences have been more symbolic than substantive. The vicious murder of Ambassador Christopher Stevens in September 2012 in Benghazi underscored the dangerous security situation in post-Qaddafi Libya and the costs of engaging in foreign interventions.

Opportunities to make a substantive difference in Libya are quite limited and the costs greatly outweigh the benefits to the U.S. national interests. Similar to the case of Yemen and Syria, these “ungoverned spaces” have become breeding grounds for foreign and local jihadists who pose a threat not only to their neighbors but to U.S. facilities and personnel and potentially the U.S. homeland. In that regard, effective U.S.-led counterterrorism efforts and supporting security sector reform in Libya are consequential. Such actions could include expanding covert and special operations in Libya and providing air and reconnaissance support in monitoring Libya’s vast open borders, which have become a new black market “silk road” from Nigeria to Libya.

To be sure, building institutions of governance, which is the only real avenue to ensure Libya’s future as a secure and sustainable state, would be ideal. However, this is incredibly challenging in the current security environment. Any effort on this front should be led by states with more immediate national interests: regional Arab states such as Qatar, Turkey, and Saudi Arabia, African Union member states, and European states like France, Italy, and Britain.

Without renewed regional and international action and cooperation in support of the UN’s efforts, the Libyan state will continue to fall victim to militia fighting.  Washington should therefore encourage these regional and international stakeholders to take more ownership of the governance challenges to prevent Libya from becoming a failed state. This must include Arab League members burying their differences and working together. Security cooperation amongst Libya’s neighbors is also critical to ensuring that Libya’s instability doesn’t further imperil north and West Africa. Obama’s proposed global conference on countering extremism could be an opportunity to renew these states’ commitment to addressing Libya.

In the case of Libya, while there are clear lessons to avoid from “leading from behind” when committing to military action, a precarious step would be to take ownership of the costly rebuilding of the state. Breaking the Pottery Barn’s return policy, President Obama should now “lead from behind” in Libya during his final two years in office, and encourage other states with greater interests to take the lead.

Andrew Bowen, Ph.D. is the Scholar for the Middle East at the James A. Baker III Institute for Public Policy at Rice University.