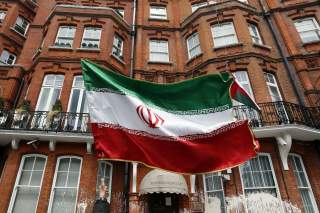 President Trump reluctantly agreed to recertify the nuclear deal with Iran in July, but he indicated that he would not do so again in October. Trump will likely keep his word and not certify the agreement again because it is not in the U.S. national-security interest to do so, according to recent media reports. In fact, the Associated Press has reported that the president will likely announce the decertification in an Iran policy speech that he is tentatively set to deliver on October 12.

Forecasting this decision led to much speculation over what it might mean for the future of the agreement that the Obama administration sealed in 2015 over the opposition of the American public. Although the move represents a major step in undoing Obama’s chief foreign-policy legacy that reoriented America away from its traditional regional allies and towards Iran, many are now asking, “What does this move mean and what comes next?”

The short answer is that decertifying the agreement doesn’t necessarily kill the deal, but that action could be used as leverage to negotiate badly needed patches to the gaping holes in the agreement on things like verification, ballistic missiles and the sunset clauses. If the amorphous structure of the deal is to be maintained, then those fixes are necessary to arrive at an agreement that might be in America’s interest. Left untouched, the nuclear agreement ensures—rather than prevents—Iran from getting nuclear weapons within the next few years.

It bears noting that there are no surprises here to those familiar with the deal. Many warned of these fatal flaws during the negotiations in 2014 and 2015. I wrote one of many such articles describing the deficiencies and proposing solutions in March 2015, months before the deal was finalized. Apparently, Team Obama was also aware that it would face a blowback because they promised to seal a deal that was substantially different than what it ultimately delivered. Put another way, the Obama administration not only effectively pulled a bait-and-switch on the vehicle it promised to deliver, it sold the public on the safety features of defective airbags.

It remains true that the Obama administration was bent on finishing a deal at any cost, and there was an overly compliant media landscape that simply parroted White House talking points. Those of us who opposed key components of the deal were subject to a campaign designed to demonize us as warmongers.

Part of the confusion surrounding the pathway forward today is a misunderstanding over what actually constitutes the nebulous Iran deal. For the United States, it consists of three key documents: the Joint Comprehensive Plan of Action (JCPOA), the UN Security Council resolution (UNSCR 2231), and the Iran Nuclear Agreement Review Act (INARA). Together they comprise what is referred to as the Iran deal.

The JCPOA is the main multilateral agreement negotiated between Iran and the P5+1 (United States, Russia, China, Britain, France and Germany) that deals only with the nuclear issue. It is an unsigned, nonbinding political commitment, as the State Department assistant secretary for legislative affairs clarified in a November 2015 letter to former Rep. Mike Pompeo. Its structure also means that President Trump can walk away from the commitment and reinstate the sanctions lifted by Mr. Obama’s executive orders for any reason and at any time.

UN Security Council resolution 2231 (UNSCR 2231) locked in the deal internationally and has additional provisions and restrictions pertaining to Iran’s odious behavior outside of the JCPOA, such as its ballistic-missiles development and other reprehensible regional activities. Finally, there’s the Iran Nuclear Agreement Review Act (INARA) passed by the U.S. Congress in 2015, which gives it oversight of the deal. It is this third aspect of the deal that provides the upcoming opportunity to address the overall shortcomings of the agreement inherent in the JCPOA and UNSCR 2231 and it remains an internal, American requirement that applies only to itself.

The INARA obligates the administration to certify every ninety days that the following four key conditions are being met: Iran 1) is verifiably and fully implementing the JCPOA including all related agreements; 2) has not committed an uncured material breach; 3) has not taken any actions to advance its nuclear weapons program; and 4) the “suspension of sanctions related to Iran pursuant to the agreement is . . . vital to the national security interests of the United States.” As is readily apparent, the last of the four conditions is more subjective according to the perception of the president and is not a metric based on Iranian compliance with any specific component of the deal.

By not certifying Iran, the issue is kicked over to Congress for a sixty-day review. They will have the opportunity to enact legislation through a simple majority to reimpose U.S. sanctions under the expedited procedures laid out in the INARA. Any number of scenarios can take place once Congress takes hold of the issue, regardless of President Trump’s wishes.

The Case Against Certification

Iran currently satisfies none of the four INARA conditions. There is mounting evidence of a range of Iranian violations, as Congress heard in testimony back in April. They include cheating at the margins on export controls, centrifuge development, procurement, IAEA access, ballistic missile development, conventional arms activities, heavy water, enriched uranium amounts and levels, and natural uranium imports.

Iran deal supporters are quick to point out that some of those breaches are not included in the JCPOA itself. However, the first INARA condition refers to the JCPOA and all related agreements, which includes UNSCR 2231. That means Iran’s ballistic-missile tests and launches, their transfer of arms to Yemen, Syria and Hezbollah, and their recent quest for nuclear technology in Germany all constitute something substantially less than a full implementation of the deal from an American perspective.

That said, the route President Trump appears ready to take is to withhold certification because of the fourth INARA condition—that the deal isn’t in America’s national-security interest. Making that case will not be difficult, but may come as a shock to those whose Iran deal diet for the last few years consisted solely of soggy Obama administration talking points. For example, Iran has exploited the front-loaded sanctions relief to undermine American interests throughout the region and beyond. Contrary to the oft-repeated assurances by the Iran deal boosters, it leaves open all of Iran’s pathways to a bomb. The International Atomic Energy Agency (IAEA) has been politically coerced into not enforcing the verifications regime by not asking for access to Iranian military facilities that they know Iran will decline to grant.

The president will also be able to claim that Iran continuously violates UNSCR 2231 through ballistic missile activities, that it is sending prohibited weapons abroad, that it is the moving personnel, and other actions. He can also point to Iran circumventing the deal by trying to acquire sensitive materials outside the proscribed procurement channel (and getting caught). He can even avoid bringing up the issue of material nuclear-related breaches and simply say that the first INARA condition is impossible to meet because the United States will never be able to verify that Iran is fully implementing the deal. That is because the P5+1 countries and the IAEA lack the access necessary to make that determination. Many Iranian facilities associated with its nuclear program remain out-of-bounds to international inspectors even though such access is required as a prerequisite to establishing a workable verifications regime.

The Political Maelstrom: The Walkers and the Fixers

Politically, President Trump faces opposition from Republicans from two camps involved in the debate. We’ll call them “the Walkers” and “the Fixers.” There are those in Trump’s Cabinet who believe that the United States should stay in the deal, including Secretary of State Rex Tillerson, Secretary of Defense James Mattis, and Chairman of the Joint Chiefs of Staff Gen. Joseph Dunford. However, not certifying the INARA conditions and remaining in the deal are not mutually exclusive. That is to say, President Trump will likely not give his stamp of certification, but he won’t walk away either, following the guidance of several other key advisers. Nikki Haley, U.S. ambassador to the United Nations, best laid out the case in a recent speech delivered at the American Enterprise Institute.

That decision will come as a disappointment to those who would like to see the United States withdraw from the nuclear agreement entirely. They are in favor of adopting stricter measures along the lines that Ambassador John Bolton recently suggested because they don’t believe any renegotiation of meaningful substance will take place within the deal and that sticking to it poses a danger to the United States.

Their case has a lot of merit. Iran has repeatedly stated that there will be no further discussions. As it stands today, there isn’t even an understanding between the United States and Europeans over what a fixed deal would look like, much less a common agreement over what constitutes a Iranian breach of the current arrangement. The possibility of getting Russia and China to play along also seems exceedingly remote. And the leverage America creates for itself by not recertifying the deal according to the INARA conditions is peanuts compared to the leverage Obama already sacrificed to seal the defective JCPOA lemon. They ask, “If more robust economic leverage failed to deliver an adequate deal, then how will less leverage deliver something more?”