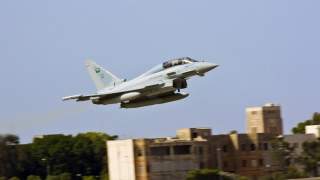 A hallmark of President Barack Obama’s presidency has been his exercise of restraint in dealing with America’s adversaries. Unlike his predecessor, the use of force has been eschewed for painstaking diplomacy. While the United States keeps all options on the table, including diplomacy backed by the credible threat of force, the U.S. response to events in Yemen is out of character. The Obama administration is neither pursuing diplomacy, nor a security solution. US policy lies somewhere in the slippery center. A clear vision of the end-goal in Yemen should guide Obama’s approach

Yemen has descended into civil war. On one side are Houthi rebels who have the support of Yemen’s Shia tribes and forces loyal to its ex-President Ali Abdullah Saleh. They are accused of being Iranian proxies. However, while Iran is sympathetic to all Shia movements, Western intelligence agencies are not convinced that the Houthis are receiving marching orders from Tehran.

On the other side is the government of Abu Rabbuh Mansur Hadi who is backed by Saudi Arabia and a portion of Yemen’s Sunni tribes, militias and security services. He has since fled Yemen as Saudi Arabia and a coalition of Arab states have waged an air campaign to re-install his government. The United States is assisting the Saudi campaign by providing arms, logistical support, and intelligence. The United States has chosen sides in Yemen’s civil war, and with a coalition that aggressively sought a military solution. The American role in this conflict contradicts President Obama’s stated policy of getting out of regional turf wars in the Middle East unless vital U.S. interests are at stake.

Are the Houthis a threat to vital U.S. interests in the region?

Since George W. Bush initiated the war on terror, the United States has waged a sophisticated drone campaign against al-Qaeda in the Arabian Peninsula (AQAP) in Yemen. This has resulted in the killing of numerous high valued targets. Just recently, the United States killed Ibrahim Suleiman Rubaisha, a top leader in AQAP. But in the chaos caused by the Saudi-led bombing campaign, AQAP has regained momentum, expanding the territory under its control. As Saudi Arabia pursues a policy that seeks to pin back the Houthis, it is having the unintended consequence of strengthening AQAP and making American support for the mission even more strategically fraught.

It is natural for the Saudis to feel insecure at the moment. The United States and Iran are closer to a nuclear deal and American fighter jets are providing air support for Iranian and Iraqi forces waging a fierce campaign against ISIS. Saudi leadership portrays the fight with the Houthis as part of a larger geopolitical struggle against an ascendant Iran. Yet, the casualties in Yemen, as reported by the United Nations and other international relief organizations have been mostly civilian. So far, the air campaign has done little to change the Houthis’ calculus but has wreaked havoc and destruction on a destitute country.

Pakistan and Turkey, both countries with which Saudi Arabia and Gulf States enjoy close security ties, have declined requests by the Arab coalition to provide forces to the campaign. They refused to take the bait of a rising Shia power threatening Sunni interests. It would have been wise for the United States to do the same. Making an enemy of the Houthis—a sizeable portion of Yemen’s population, just adds to the long list of sectarian conflicts in the Islamic world, where the United States has made an adversary of one Muslim group at the expense of another.

The problems in Yemen lie mostly in Yemen, a tribal society with decades of conflict and shifting allegiances. Perhaps the most disturbing trend to this conflict is how it reflects the rise of warfare as the first choice policy preference for interstate relations in the Middle East.

The United States enjoyed intelligence sharing and cooperation from the government of Ali Abdullah Saleh in its fights against AQAP, and there is little doubt that they would receive anything less from the Houthis. It’s a safe bet that whichever side comes out on top in Yemen’s civil war, they will need the United States’ support in pushing back AQAP. To continue to back Saudi Arabia as it turns Yemen into a failed state—one in which AQAP amasses more territory and support—is a nightmare scenario. The United States rightly maintains a commitment to Saudi security and territorial integrity, but this does not mean it needs to back Saudi bluster. If war requires bravado, then diplomacy requires bravery. President Obama knows this, and should reverse course immediately.

Amir Handjani is a Middle East expert and Managing Director of Pt Capital, an Arctic Resource Asset Manager. He may be followed at @ahandjani.