One of China’s Leading Realists: How China Sees the Russia-Ukraine Conflict 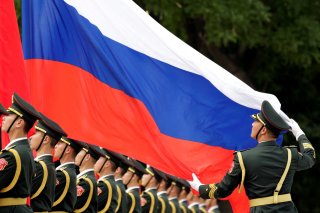 The 2022 Russia-Ukraine conflict has evolved into a multiplicity of crises. While implementing rounds of strict sanctions against Russia, Europe and the United States turned their gaze over to China. On April 1, China and the EU held a virtual summit in which the latter put pressure on China to seek its commitment to “no military assistance” and “no help for Russia to avoid sanctions.” As China and Russia share a comprehensive strategic partnership of coordination for the new era, some people tend to bind the two countries together and believe that China is no different from Russia. Thus, since the beginning of this conflict, China’s response and stance have been under the spotlight.

In fact, China’s independent foreign policy of peace is not as simple as that of a dichotomy in which China either puts sanctions on Russia or stands by Russia’s side. Its cultural way of thinking, which is distinct from duality, is harmonious and symbiotic. China and Russia share a new type of major country relationship: non-alignment, non-confrontation, and not targeted at any third party. The aim of the concept of “not capped Sino-Russian relations” is to emphasize the development potential of the two countries, opposing hegemony and unilateralism. However, this relation has its principle and bottom line, which means abiding the purposes and principles of the UN Charter to defend the post-war international system. What’s more, the Chinese people’s views on the conflict are divided: some people show sympathy for Ukraine, believing that Russia has undermined its sovereignty and territorial integrity, which calls up the painful historical memory of tsarist Russia’s occupation of 1.5 million square kilometers of Chinese territory; others believe that the Russia-Ukraine conflict is a proxy war—a counter-blow caused by NATO’s long-lasting suppression of Russia’s security space. Being different from Europeans’ form of legalism, China tends to combine rationality and legitimacy, and are not inclined to simplify historical, cultural, or geopolitical issues.

How shall we understand the Russia-Ukraine conflict? Chinese people tend to view the international situation from the perspective of macro-history, which is quite different from Russia’s space-based perspective. The causes of the conflict can be analyzed from four dimensions.

First is the millennium dimension. The Russia-Ukraine conflict can be seen as a modern version of Europe’s “division and unity” experience, repeated often in the past thousands of years. Generally speaking, there are four aspects of Europe that do not match each other: culture, political, geographic, and economic. Among these four aspects, culture is particularly critical—Jean Monet, the father of Europe, put forth that “If I were to do [the integration of Europe] again from scratch, I would start with culture.” Culturally, Europe can be divided into three parts: the Latin-speaking areas, famous for red wine and Catholicism; Protestant countries that drink beer and have achieved outstanding advances in innovation and coping with debt crises; and the hard alcohol-drinking Slavic nations (including South Slavs in the Balkans and East Slavs, represented by Ukraine, Belarus, and Russia). The latter is not fully integrated into the mainstream of Europe: these states were part of the Soviet Union throughout the Cold War, and, following the USSR’s collapse, broadly joined NATO but brought their historical problems with them. The mismatch of these culturally-distinct communities has led South Slavs and East Slavs fail to integrate into the European mainstream culture: even now, South Slavs are not integrated into the European Balkans, and now it seems that the integration of East Slav into Europe also faces setbacks. Had time permitted, it would have been possible for East Slav to gradually integrate into Europe—see how Germany designed and promoted numerous energy cooperation projects, such as Nord Stream 2, to achieve this. However, as the German president puts it, the Americans complicated the situation, which led to the current Russia-Ukraine conflict, undermining the cooperation and natural integration of the two sides. In The Grand Chessboard, former U.S. national security advisor Zbigniew Brzezinski regarded Ukraine as the first of the five pivot countries in the world, a zone where the clash of civilizations takes place and where the Orthodox and Catholic Churches meet. From that perspective, Ukraine should have been a bridge of communication and mutual understanding. This bridge now lies broken.

The second dimension is the 400-year-old Westphalia system. Established in 1648, the system can be divided into three parts: nation, state, and sovereignty. Typically, there is no problem if nation and sovereignty fit well together. However, in the current situation, the Russian majority region of Ukraine has voted in favor of greater autonomy, taking the form of two people’s republics. Russians argue that if Americans can subvert the regimes of other countries in the name of humanity and national self-determination, so can Russia. Now that the shoe is on the other foot, the United States is obviously opposed to Russia’s actions. Yet at the same time, it is not unfair to say that Ukraine as it exists is too corrupt to be qualified as a member of either NATO or the EU. This is clear to the West, which is why the Western press ran, until recently, multiple stories about the country’s corruption and deficiencies. Ukraine is far from the only victim: Afghanistan, which originally enjoyed sufficient food and a developed military industry, also suffered great damage at the hands of U.S. interference.

So what is the problem that Westphalia system failed to solve? In short, mending the chasm between the Orthodox and the rest of European Christianity. Historically, the starting point of Westphalia system was the war between Protestantism and Catholicism, centered in Germany. Though the war’s resolution brought a measure of peace between both sides, it led to the collapse of the Holy Roman Empire, leaving the German problem unsolved and eventually triggering World War I and II. After those cataclysmic wars, the EU and NATO were established to solve the German problem. The East Slav and the Orthodox problem, however, was not addressed. Therefore, it can be said that while Catholicism and Protestantism have reconciled, at least politically, the split between Orthodox and the rest of European Christianity has not been mended. As a consequence, Russian president Vladimir Putin believes that Russia is different from Europe, and that Russia is the Third Rome, which represents Orthodoxy. Europe and Russia, Catholic/Protestant Christianity and Orthodoxy, look down upon each other. This is an inherent problem which the nation-state model has failed to solve.

In addition, the Westphalia system implies something that can be called a “trap of sovereignty”: although countries’ sovereignty is legally equal, some countries cannot be the master of their own sovereignty—they lack the necessary strength (in various aspects). Ukraine is one of these countries. And it might not be the only one: in the digital era, 90 percent of European data is in the hands of American companies, and the market value of the top thirty information, communication, and technology giants in the United States is equivalent to the sum of the GDPs of the five giants in Europe—a combination of Germany, France, Spain, Italy, and the UK. In other words, is Europe itself even sovereign? Or is it, in one way or another, an American dependency? This a challenging question in European capitals.

Now, people think that Russia was the loser of the Cold War, and what Putin wants to do is liquidate the humiliation of the Soviet Union’s failure, as evidenced by his pronouncement that “whoever does not miss the Soviet Union has no heart. Whoever wants it back has no brain.” But if so, why did the United States add fuel to this fire by humiliating Russia, agreeing that NATO would not expand eastward only to later break that promise? It is because the United States regards Russia as the loser of the Cold War, and a loser of such magnitude is not qualified to be listened to when deciding the future international order. Russia, however, sees itself as a victorious country in World War II, and thus absolutely entitled to having its voice heard on the format of global order. As a result, these two countries are odds in their understanding.

And finally, fourth is the post-Cold War dimension. Russia has always held resent over how the end of the conflict and the breakup of the USSR. It has been talking about “a Greater Russia,” but it still has a lot to do. To look at it from an individual perspective, Putin will have an election next year, and he wants to be in power until 2036. Even if Putin was already determined to fight Ukraine during the 2014 Crimean war, he preferred to wait until the moment when United States took on China as its main enemy. Eight years later, the day finally came, and “just on time,” the conflict broke out. It should be noted that last year marked the twentieth anniversary of the Treaty of Good-Neighborliness and Friendly Cooperation Between the People's Republic of China and the Russian Federation, and in the spirit of such, China and Russia both signed a Joint Statement of the Russian Federation and the People’s Republic of China on the International Relations Entering a New Era and the Global Sustainable Development during the Beijing Winter Olympics. This Joint Statement has been interpreted by a number of observers as an automatic de facto endorsement of (or a form of encouraging) Putin’s decision to attack Ukraine. In reality, China feels very depressed and disappointed by this!