One Easy Solution to the Confucius Institute Problem 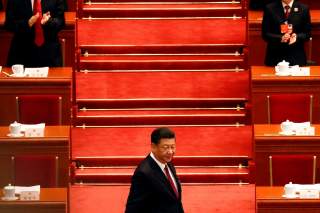 U.S. Senators Marco Rubio and Ted Cruz are pressuring universities to shut down their Confucius Institutes and to refuse funding from Chinese government-linked groups. The National Association of Scholars and its Director of Research Projects, Rachelle Peterson, is similarly calling for the shuttering of the programs.

Confucius Institutes are criticized for censoring mention of "sensitive" topics—Taiwan, Tibet, and Tiananmen (the so-called "Three T's"), in addition to human rights and democracy generally. Controlled and funded by Hanban, a branch of the Chinese government, they are viewed by the government as an "important part of China's overseas propaganda set up," in the words of one former Politburo member.

As a Communist-Leninist country, China does take propaganda more seriously than most democratic nations (many officials still haven't taken to heart the advice to translate "propaganda" as "publicity"). But it's not as if any government spends money on exporting soft power without expecting some benefit in return.

Moreover, it seems to this writer that distinctions can be made between the many criticisms often thrown together against Confucius Institutes. It is one thing to simply not discuss the three T’s; it’s is another thing to censor relevant discussion. Consider—would it be “self-censorship” if a Korean language class did not mention the Gwangju Uprising of 1980, South Korea’s version of the Tiananmen Square clampdown, or if an English language class didn’t mention My Lai? Must the British Institute make a point of memorializing the hundreds killed in Jallianwala Bagh each April 13?

There have, however, been multiple incidents reported of Confucius Institutes censoring mentions of topics that come up organically. For example, when Savannah State University invited Bethany Allen-Ebrahimian to speak on practicing journalism in China, the university’s Confucius Institute, which sponsored the speech, removed references to her background as a reporter in Taiwan.

China may be spending its money seeking to influence American public opinion (for whatever small benefit they might get), but the U.S. has money, too, and the U.S. should spend it to combat foreign influence operations if it is convinced these operations are a real threat. The U.S. increased Pentagon spending by more than $60 billion this year. The Iraq War has cost over $2 trillion. If Confucius Institutes are a national security threat, the U.S. can substantially limit that threat with a very modest expenditure.

Simply promise to fund any Chinese language or China studies program at any accredited university that needs funding. Universities don’t go begging to Beijing because they want to lose their academic freedom. Many of them are facing budget constraints, and Hanban’s deal is enticing.

According to the National Association of Scholars, Hanban provides $100,000 per year, free textbooks and free teachers. Many of those programs provide classes for university credit. As Peterson wrote, “Universities with Confucius Institutes essentially outsource their courses to China.”

Universities like Arizona State find that kind of deal hard to resist. Allen-Ebrahimian wrote that Savannah State wouldn’t have been able to invite her to speak without the Confucius Institute funding it. Stephen I. Levine said he turned to the Confucius Institute while he was associate director of the Mansfield Center at the University of Montana only because their Asian studies program was “underfunded” and “woefully inadequate.”

Is it any wonder that the proliferation of Confucius Institutes, a program that started in 2004, in the U.S. has come mostly after the Great Recession? State spending on higher education was decimated by austerity and still hasn’t recovered to pre-recession levels. Only five states have higher inflation-adjusted budgets now than they did in 2008, according to a report by the Center on Budget and Policy Priorities.

The simple solution, then, is to make sure that no university needs Hanban funding. The federal government should provide funding at levels matching or well above that of Hanban. Not only would that stop the problem at the roots, but it would also take a step to meeting President Obama’s goal, stated at a summit with Chairman Xi in 2015, of having one million Americans studying Chinese by 2020.

After all, teaching Chinese isn’t just a way to potentially decrease the risk of conflict through people-to-people exchange or by enhancing China’s soft power. If a cold war really does ensue between the U.S. and China, the U.S. is going to need spies and analysts capable of speaking Chinese.

Mitchell Blatt is an editorial assistant at the National Interest, Chinese-English translator, and lead author of Panda Guides Hong Kong. He has been published in The Korea Times, Silkwinds magazine, and Areo Magazine, among other outlets. He tweets at @MitchBlatt.

Image: Chinese President Xi Jinping arrives for the opening session of the National People's Congress (NPC) at the Great Hall of the People in Beijing, China March 5, 2018. REUTERS/Damir Sagolj TPX IMAGES OF THE DAY​