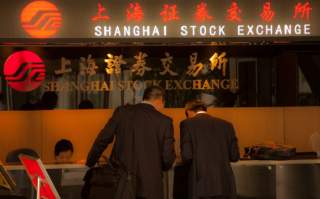 On June 11, 2016, the International Monetary Fund’s number two, David Lipton, urged China to take steps to tackle its rising corporate debt or risk “dangerous detours” in the country’s transition to a consumption-oriented economy. He stated, “Corporate debt remains a serious—and growing—problem that must be addressed immediately and with a commitment to serious reforms.”

Lipton is hardly alone in warning about the buildup in Chinese debt. Indeed, the buildup in Chinese corporate debt since 2008 increasingly resembles the Asian financial crisis of 1997–98. Although China’s troubles are not an exact replay of what occurred in Thailand, Indonesia and South Korea in 1997–98, there are some similarities that are worth remembering.

Before China took off in the 1990s, a number of Southeast Asian countries, namely Indonesia, Thailand and Malaysia, as well as South Korea in East Asia, made substantial strides in their economic development. This process accelerated in the 1980s and the first half of the 1990s, characterized by rapid economic growth, rising living standards and large inflows of capital.

The problem was that easy access to credit was to have major consequences for much of Southeast Asia and South Korea. Many Southeast Asian governments maintained fixed exchange rates that sought to minimize foreign exchange risk for domestic and foreign investors. In turn, local banks borrowed offshore at low, short-term rates and turned around to lend the money for longer terms at a hefty premium to manufacturers and real-estate developers. The downside to this was that, as Johns Hopkins University’s Karl Jackson has noted, “Unfortunately, the abundance of inexpensive capital, in combination with local bank loans based on personal relationships rather than real business plans, resulted in the widespread misallocation of capital into speculative and noncompetitive sectors and enterprises.”

There were other problems: as economic growth slowed in a number of countries, the heavy level of debt in the corporate sector became onerous. Falling profits meant that Korean, Thai and Indonesian companies struggled to make payments, much of them in dollars. Trying to make up the difference, many Korean, Thai and Indonesian banks opted to make more loans to keep the struggling companies afloat. The result of this was that nonperforming loans rose, and as local economies struggled to maintain economic momentum, the situation in the financial sector became increasingly problematic. Indeed, a number of banks were insolvent before the run on the Thai baht in July 1997.

In many regards the pending crisis in 1997 should have been something that showed up on investor and policymaker radar screens. However, the lack of transparency and disclosure in the financial sector, government efforts to stave off the crisis (by defending their currencies and talking down perceived problems), and the closeness between governments and businesses concealed the increasingly dire nature of the situation as Asia stumbled into 1997.

By July, Thailand had almost depleted its foreign currency reserves, and South Korea was not far behind. When Thailand raised the white flag in turning to the International Monetary Fund, the panic rapidly spread to other economies with a similar profile—South Korea and Indonesia. Malaysia and the Philippines were also hit, and concerns were articulated about Japan, where the banks had long been dealing with zombie companies.

The Asian financial crisis was a brutal affair, pushing most economies in the region into recessions, bankrupting corporations and forcing banks to collapse, as well as helping to topple the Suharto government in Indonesia. However, the crisis also forced Southeast Asian governments and South Korea to adopt tough structural reforms, improve regulatory systems and build up large levels of foreign exchange reserves. Since the 1997–98 crisis, South Korea and Southeast Asian countries have worked hard to avoid a repeat of the crisis and thus far have been successful.

There is more than an echo in China’s current debt buildup of what transpired in Korea and Southeast Asia in 1997–98. China has problems with cooling economic growth, rising corporate debt and industrial overcapacity. Many industries, such as steelmaking, shipbuilding and mining, are inefficient, debt-laden and in dire need of rationalization. China has the added problems of an aging population, pollution and climate change.

It is the debt problem that is drawing attention to China. That problem is rooted in the Chinese government’s 2008 decision to pump billions of dollars into the economy and encourage banks to heavily lend, to offset the impact of the global financial crisis. The result was that as much of the world slid into recession, China managed to grow at a strong pace. Indeed, China played an important role in preventing the global economy slipping into another depression.

However, the cheap credit available to many Chinese companies resulted in heavy borrowing in projects that ultimately were based on unrealistic assumptions about global demand. Moreover, as the Chinese economy has slowed, the government’s inclination has been to periodically open the credit spigot, with the result being that Asia’s largest economy has a heavy corporate debt burden and overcapacity in a number of sectors. According to Goldman Sachs, the amount of debt in the Chinese economy accelerated from 130 percent of GDP in 2008 to 235 percent in 2015. Goldman analysts project that if the current trajectory continues, the debt-to-GDP ratio will climb to 344 percent by 2020.

Like Southeast Asia and South Korea in 1997, China’s government is facing an erosion in confidence in its ability to control the country’s economic direction. The central bank has been active in intervening in currency markets to maintain confidence. This has been a tough battle. China’s foreign exchange reserves fell from $3.9 trillion last June to $3.19 trillion in May 2016. Those reserves could well come under further pressure as confidence in the Chinese economy continues to erode.

The Chinese government is under considerable pressure to get things right. The past Asian crisis in 1997–98 left an impression, and part of the Chinese buildup in foreign exchange reserves in the aftermath of that crisis was meant to avoid the problem of running out of cash. With over $3 trillion in foreign exchange reserves, China still has considerable ammunition in that regard.

The problem is that the willingness of the Chinese authorities to maintain lines of credit to troubled companies, which keeps alive zombie companies that would fail under market conditions. Related to this is the apprehension Chinese authorities have about social unrest that could be sparked by higher unemployment if zombie companies are allowed to collapse. The weakness in all of this, as in 1997–98, is that the financial system becomes increasingly bloated with nonperforming loans. In turn, the opaque nature of Chinese banks and finance companies to some degree conceals the scope of the problem—until it is too late, and the wobbly financial system suffers a meltdown.

The Asian crisis of 1997–98 was a landmark in the region’s economic development. It forced a number of governments to make difficult changes that they otherwise would have probably been inclined to avoid. The issue for China is that it needs to make significant changes, some of them very difficult, that run the risk of stimulating social unrest. The country’s leadership, therefore, finds itself in a tough position between debt and overcapacity on one hand, and the need to restructure the economy and ride through the social upheaval that is likely to come. For China, the lesson from 1997–98 is that addressing reforms before a crisis is a good thing; having to implement reforms in the middle of a crisis is not optimal.