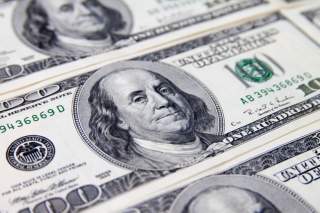 Differing regions of the United States benefitted unequally from the Federal Reserve’s quantitative easing, and these regions will not react identically to less accommodative monetary policy. Further, quantitative easing (QE) and other extraordinary measures distorted the usual correlations between monetary policy and regional economies. By widening the disparity in economic conditions between regions, the aggregate statistics masked weakness in some areas with strength in others. This disparity in regional economies poses a problem for the Fed as it moves toward raising interest rates. The Fed designs one monetary policy to rule all, and the best monetary policy for the aggregate is detrimental to some of the parts.

There is little reason to suspect a nationwide recession is imminent even with the potential for the Fed to hike rates. But it is naïve to dismiss the notion of regional recessions or slowdowns that do not drag the nation as a whole into recession. This possibility is accentuated by the fragility of many regional economies in the wake of the great recession and tepid nature of some regional recoveries.

Regional deviations are nothing new, and neither are regional recessions. Though not the first time it occurred, between 1985 and 1986, oil prices caused a significant recession in certain areas of the country with energy exposure, but the rest of the country fared fine—even prospering.

A recent study by the Fed found that monetary policy, specifically QE, has the greatest impact on regions that need it the least. With its focus on re-energizing the mortgage markets, regions with strong housing markets benefitted the most through the refinancing channel. Elsewhere, steep housing price declines precluded many homeowners from refinancing due to credit considerations.

There will always be regions of the United States where the desired or optimal monetary policy differs dramatically from the monetary policy being chosen by the Fed. This should be expected in a country as broad and economically diverse as the US. But the recognition of somewhat unique regional economies with differing, individual reactions to shifts in monetary policy indicate a change in policy could have disparate effects across regions. It is unlikely state economies like Texas and Oklahoma will react similarly to New York and New Jersey—especially given the difference in their experiences during the recovery.

For a monetary union to work well, the business cycles of the members should, at least somewhat, align. While the European Union is an easy target of ridicule in this respect, the United States is not much better. A study by the Federal Reserve Bank of St. Louis found that states, including Texas, tend to be out-of-sync with the rest of the U.S.’ business cycle. Much of this deviation is due to oil exposure causing Texas and other oil driven regions to react differently to monetary policy actions than others.

Not only are Texas and its brethren out of step with the rest of the United States, a study from the Philadelphia Fed shows the “energy belt” (including Texas, Colorado, Oklahoma and others) is least affected by unanticipated increases in interest rates. Energy driven economies benefit from a better economy as demand for oil increases. Since rising interest rates tend to happen during economic upswings, the region should be less susceptible to monetary policy shocks. The rise of shale and OPEC’s position could alter the calculus on pricing, but it is too soon to tell.

The manufacturing sector is one of the more sensitive to interest rates. And this explains why the region commonly found to be the most sensitive to an interest rate hike is the Great Lakes region—closely overlapping the Rust Belt. With a manufacturing base for durable goods such as autos, interest rate movements should have a considerable impact on economic activity. These types of purchases are heavily influenced by financing costs. If interest rates rise, these will be the industries intimately, and quickly, affected.

Regions with relatively healthy economies benefitted disproportionately from non-conventional action. Economists agree that targeting regional effects with monetary policy is difficult, if not impossible. However, regional issues affecting monetary policy are not only a reasonable expectation, but a norm that must be recognized and thoroughly understood when making policy choices. Monetary policy is forced to examine and react to aggregate level data, but it has real and tangible local effects.

The question the Fed should be asking is whether the regions driving this recovery are ready for the hike, not whether the “United States” is strong enough for a rate hike. A less accommodative Fed may be putting the brakes on the regions that benefitted the least from its monetary actions, and not those that prospered. Either way, it needs to be recognized that these responses can have dramatic unintended consequences—positive or negative—on regional economic performance.