One-State Crisis: Why Palestinians are Paying for Israeli Ambitions 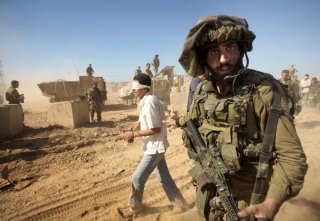 The impending change in government in Israel has once again raised hopes in certain quarters that it may lead to some movement on the Israeli-Palestinian front. These hopes are not only misplaced they are totally unrealistic. The incoming Israeli Prime Minister Naftali Bennett is even more of a hardliner on the Palestinian issue than Netanyahu who at least maintained the fiction of a two-state solution while talking to Western audiences. Bennett is totally opposed to the idea of a Palestinian state and has said so innumerable times. In 2012 he stated clearly “I will do everything in my power to make sure they [Palestinians] never get a state.” To expect a government he heads to negotiate seriously about a two-state solution is at best a pipe dream.

Moreover, events of the past month—simultaneous confrontations between Palestinians and Israeli security forces in Jerusalem, the “war” between Hamas and Israel, and the proto-intifada of Palestinian citizens of Israel—has clearly signaled that the Israeli-Palestinian conflict has entered a new and irreversible phase that rules out a two-state solution. However, the reaction to these events from Washington and most other Western capitals took the form of more platitudinous remarks about finding a two-state solution to the conflict. Secretary of State Blinken visited Jerusalem, where he offered continuing American support to Israel’s right to defend itself while also offering humanitarian aid to Gaza to rebuild itself after the devastation caused by Israel’s aerial attacks if it got rid of the “terrorists” governing it. He also visited Ramallah in an effort to maintain the fiction that the Palestinian Authority led by Mahmoud Abbas is the legitimate Palestinian interlocutor in the conflict.

This is akin to hiding one’s head in the sand. By now it should have become clear to any serious analyst of the scene that the two-state solution is dead and the only way out of the current imbroglio is a one-state solution. The events of the last month should have driven home this point with such great clarity as to remove any doubt in the mind of even the most skeptical observer. It is evident that the green line is now a part of the fictional narrative used to keep the myth of the two states alive. The green line was obliterated a long time ago by the continued building of Jewish settlements on a large scale in the West Bank, the annexation by Israel of East Jerusalem, and the vivisection of the West Bank by the construction of Jewish settlements and Israeli-only roads.

The increasingly clear articulation over the years by Israeli governments of their ultimate aim to absorb large parts of the West Bank, including the Jordan Valley, into Israel—an outcome endorsed by the Trump administration—and to convert the rest of the occupied lands into several non-contiguous Bantustans had exposed all talk of a two-state solution as a sham. However, despite these clear indications the United States and other major powers kept alive the fiction of a two-state solution thus giving Israel more time to carry out its grand design of dispossessing Palestinians of their lands and indeed of their identity.

This dream of a “peace process” leading to a two-state solution also did not take into account the palpable shift in the Palestinian ground reality over the last three decades following the failure of the so-called Oslo peace process that discredited Yasser Arafat’s hollow rhetoric of achieving a “peace of the brave.” The idea of a unified Palestinian identity and indeed of a unified territory from the Jordan River to the Mediterranean Sea has increasingly captured the Palestinian imagination as the idea of a just peace based on a two-state solution has receded.

The events of the past month have clearly demonstrated that Palestinians see the predicament facing them in Gaza, the West Bank, and within Israel, despite differences in detail, as the same as it is on the Israeli policy of dispossession and discrimination emanating from the huge inequality in power between the Israeli state and the Palestinian population. The attempted eviction of Palestinian residents of Sheikh Jarrah touched a raw nerve among the Palestinians as it reminded all of them regardless of where they reside of their ancestors’ expulsion from their lands in 1948 and the subsequent concerted attempt to erase their identity as a people. The continued occupation of the West Bank, the oppression of its people, and the siege and bombing of Gaza are seen by many people as a continuum in Israeli policy, not as distinct phenomena.

Above all, the Palestinian citizens of Israel have come to realize that the discriminatory policy toward them, now enshrined in the Nation-State law of 2018, is part of the Israeli government’s approach towards all Palestinians whether within Israel or in the occupied territories and, therefore, part of the same design. The violent reaction in Israeli towns with mixed Jewish and Palestinian populations to the Israeli violation of the Haram al-Sharif during Ramadan and the attempted eviction of Sheikh Jarrah residents is evidence if one was needed that Palestinian citizens of Israel see themselves in the same boat as those under occupation and siege. Diana Buttu, a Palestinian political analyst from Haifa, summed up this feeling succinctly by noting, “We are the people who they mistakenly did not ethnically cleanse from this place”.

It is clear that Israeli policies of aggrandizement and dispossession have reinvigorated the historical memories of the Nakba of 1948 that the artificial division of Palestine by the armistice lines of 1949 had tried to eradicate. For, as Peter Beinart has pointed out very perceptively, “When you tell a people to forget its past you are not proposing peace. You are proposing extinction.”

A combination of various factors—historical memories, Israeli aggrandizement, American indifference to the Palestinian’s plight and their just demands—have led to a state where the only solution that can provide both justice and peace in the long term is the establishment of one state in all of mandatory Palestine. There are two questions that need to be addressed by all parties as the region inevitably marches towards this end. The first is whether this goal can be achieved without bloodshed or after a lot of bloodletting? The second is the shape of the final one-state product: Whether it will emerge as a state where all its citizens have equal civil and political rights or will it be an apartheid state?

Finding answers to these two questions should occupy the minds of statesmen and analysts in the Middle East and the West interested in resolving the Israeli-Palestinian conflict rather than the fruitless search for the chimera called the two-state solution or for ameliorative measures that may temporarily delay the inevitable reckoning.

Mohammed Ayoob is University Distinguished Professor Emeritus of International Relations, Michigan State University, and senior fellow at the Center for Global Policy. His books include The Many Faces of Political Islam and, most recently, Will the Middle East Implode, and he is the editor of Assessing the War on Terror.