One State? Two States? The Power of Trump's Roll of the Dice 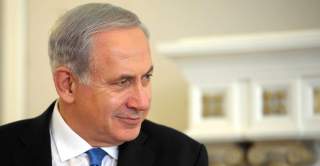 Standing alongside the Israeli prime minister at a White House press conference on February 15, President Trump uttered an unusual and even groundbreaking comment on the Israeli-Palestinian future: “I’m looking at two-state and one-state and I like the one that both parties like. . . . I can live with either one . . . if Israel and the Palestinians are happy, I’m happy.” Most commentators and experts were quick to dismiss the specific formulation used by the president as rookie inexperience, an unfamiliarity with the conflict’s specific lingua franca or that the president was being sensitive to his guest’s domestic politics. Subsequently, it has been claimed that the Trump Administration is inching towards a more traditionalist two-state approach.

For the U.S. president to give equal footing to the one- or two-state option could turn out to be a constructively disruptive act. Whether premeditated or not, it is worth considering as part of a new U.S. policy. Here is why.

The two-state formula has accumulated a significant degree of international consensus, had some rather specific parameters attached to it, and seems to still best accord with the national aspirations of most Israelis and Palestinians. Its contours have been endorsed by the leadership of the Palestine Liberation Organization. However, the Israeli government has not voted to endorse two states; many, even most Israeli ministers, oppose a Palestinian state, and those who sometimes do endorse the label, including the prime minister, have in practice offered something more closely resembling apartheid South Africa–style Bantustans than real statehood.

What is more, Israeli actions on the ground speak volumes, with the relentless expansion of settlements, dispossession of Palestinians and entrenchment of Israeli control. This poses rather a serious problem, given the power asymmetry; nothing can move in the direction of two states without Israel. It would likely not be an insurmountable problem were international backers of two states willing to do what one would expect in a conflict situation: to pressure and sanction the recalcitrant party, the one violating international law, generating costs for a failure to comply. But that has not been the case.

Israel has been singled out—not, as is sometimes claimed, for unique criticism, but rather in the remarkable mollycoddling and indulgence with which its policies towards the Palestinians are met. The United States is unlikely to take the lead in changing that. The Trump administration has promised to double down on the tradition of guaranteeing Israeli impunity.

An alternative for nudging Israel towards two states sometimes suggested is to increase reassurance and support for Israel, giving it the confidence to embark on the process of withdrawal. On that approach, the jury is very much in: it would only increase Israel’s appetite to hold out for even more lopsided arrangements. Years of incentives proffered, increased U.S. military assistance, closer relations with Europe and more bear this out. One currently popular iteration of this approach is to advance improved relations between Israel and so-called moderate Sunni Arab states, but Israel’s leadership wants this upgrade at the expense of the Palestinians, not as an on-ramp to de-occupation and Palestinian statehood.

If cosseting Israel is insufficient, and coercing Israel inadmissible (for the United States at least), perhaps the disruptive appeal of President Trump’s rhetorical turn of phrase, “two-state or one-state,” merits closer examination.

The point is that the one-state/two-state dilemma is precisely the moment of hard choice that Israel’s politicians and public have so determinedly avoided for so long. By placing that binary on the table, the United States may raise the stakes, focusing and sharpening the internal debate.

While the center-left opposition in Israel today is weak and craven, the hard right (which constitutes about half of the governing coalition) is in triumphalist mood, celebrating the evisceration of the two-state idea and eager to operationalize the success of its Greater Israel project: openly endorsing one state. Netanyahu and the center-right prefer the status quo: continued obfuscation and rhetorical adherence to peace, while implementing one state on the ground, but incrementally and without fanfare.

Absent pressure (or violence), it is perhaps only the threat of a one-state reality that may re-energize a coherent two-state alternative among Israelis. In the face of the right’s Greater Israel triumphalism and American nonchalance towards one versus two states, perhaps a winning political camp can be mobilized in Israel ready to own a pragmatic and realizable version of two states that is acceptable to Palestinians and aligns with the international consensus.

Under this new U.S. position, the Palestinians could maintain their preference for two states, a genuinely sovereign Palestinian state alongside Israel, while expressing their openness to full equality in one state as the alternative to permanent occupation or the formalization of an apartheid reality. If Israel continues to reject a realistic two-state option, then either way, in the coming several years there is a strong chance Palestinian politics will undergo a reassessment and generational shift, and coalesce around a civil-rights struggle for equality within the existing one-state reality.

The one-state option that President Trump referred to will not come about via classic negotiations and a peace deal; it will be a long, bumpy, uncertain and painful struggle for rights. But if America is unwilling to use its leverage to forge a two-state peace, then, rather than bemoaning the loss of that option, it would be better to focus minds by honestly talking about the alternative: one equal and democratic state. President Trump, whether by default or design, seems to have taken a step in that direction.

Daniel Levy is the president of the U.S./Middle East Project, based in New York and London, and served until recently as Middle East and North Africa Director at the European Council on Foreign Relations.