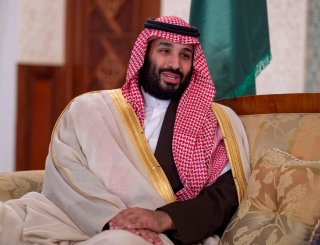 Meanwhile, our two nations must move on. Mr. President, your expression of solidarity with Saudi Arabia in conversation with King Salman last month, and our leadership’s earlier expression of interest in further expanding our mutual ties lay down the essential basis of what Saudi Arabia and the United States jointly need to accomplish in the Arab world, from forging peace in Yemen and creating stability in Iraq to reversing the humanitarian tragedy in Syria and preventing Iran from further spoiling the Arab future.

Your administration officials have done a great job by clarifying that a “rupture” is not in order and the United States only seeks to “re-calibrate” its relationship with Saudi Arabia, which, as Secretary of State Antony Blinken has stated, “is an important one. We have significant ongoing interests. We remain committed to the defense of the kingdom.” Your spokesman Ned Price has reiterated that “Saudi Arabia is a hugely influential country in the Arab world and beyond. What happens in Saudi Arabia will continue to have and has had profound implications well beyond Saudi Arabia’s borders.” That is why, in his opinion, the United States seeks “to accomplish a great deal with the Saudis: to end the war in Yemen and ease Yemen’s humanitarian crisis; to use our leadership to forge ties across the region’s most bitter divide, whether that’s finding the way back from the brink of war with Iran into a meaningful regional dialogue or forging a historic peace with Israel; to help young Saudis open their society to connect to the world, to seize their full potential, and to build ties with Americans.”

Saudi Arabia is indeed powerful, with tremendous soft and hard power in the Islamic world as the citadel of Islam, and in the Gulf region and the Arab world due to its political capital and economic potential. It is also a responsible international actor and has prevented global economic recession multiple times in the past by stabilizing the global energy value. Twice since 2018, upon U.S. request, Saudi Arabia has first raised and then reduced its oil production capacity for the same reason. It was also under Saudi leadership in 2020 that the G20 committed more than $21 billion to combat the Covid-19 pandemic through vaccine development and therapeutics and more than $11 trillion in stimulus money to restore the global economy.

While gearing up its internal socio-economic reforms and resisting any foreign attempt to dictate its scope or pace, the Saudi leadership must be equally interested in “recalibrating” relations with the United States, as there is hardly any point of divergence over key issues of regional peace. In Yemen, Saudi Arabia has consistently sought political solutions since the start of the hostilities in 2015 by cooperating with successive UN envoys, taking steps to reunite the North with the Southern Transitional Council, and offering $17 billion in humanitarian assistance. It has sponsored the GCC initiative, facilitated the outcomes of the Yemini peace dialogue, and called for the implementation of the UN Security Council Resolution 2216.

The Saudi leadership would gladly spend all its energy on implementing the Vision 2030 plan, especially due to the fact that the global pandemic has slowed it down a bit. Perhaps that is why Saudi Arabia would like to exit from this war, a desire that does not contradict with the current U.S. policy in Yemen. The Saudi Government has made repeated calls for the declaration of a ceasefire amid the pandemic and even before, which the Iranian-backed Houthi rebels have consistently chosen to reject. So, it is clear who is the enemy of peace in Yemen. Therefore, any attempt to appease the Houthis without ensuring due security guarantees against their attacks inside Saudi territory will further complicate the UN-brokered process for a viable political settlement in Yemen.

In the case of Iraq, the inconsistent U.S. approach of propping up rival sectarian interests since the 2003 war created the political and security space for ISIS terrorism and Iranian militarism. The meltdown in Iraq is neither in Saudi nor U.S. interests. Sustainable peace in Iraq is only possible if Iran’s security and political gains, especially in the post-JCPOA period, are reversed through concerted efforts. The re-grouping of ISIS in the war-torn nations of both Iraq and Syria could be prevented likewise. A similarly incoherent U.S. policy in Syria has allowed non-Arab powers—Russia, Turkey, and Iran, with Hezbollah as its militant proxy—to consolidate their influence, ensure the survival of the brutal Assad regime and produce an unprecedented humanitarian crisis. Together with its Arab allies, the United States can put an end to foreign interference in Syria through a new defence and diplomatic strategy whose sole purpose should be to salvage the Syrian people.

Beyond these hotspots, there are many security and economic issues that require Saudi input and U.S. leadership, from Lebanon and Sudan to Libya and Afghanistan. However, from the Gulf to the Levant, it is the Iranian militant footprint that remains the root-cause of the regional upheaval. The reason America has not done enough to deal with this foremost problem in league with its Arab allies explains why four of these countries have ultimately chosen to partner with Israel under the Abraham Accords. The U.S. abdication of regional responsibility has also facilitated the Turkish intrusion into Arab affairs, especially in Syria and Iraq, with its neo-Ottoman regime under President Recep Tayyip Erdogan showing no respite in pursuing its expansionist agenda. So, it is not Iran alone that poses a danger to the security of several Arab states. The United States now also has to deal with Turkey, including its nexus with Russia, together with its Arab allies.

As for the future of Palestine post-Abraham Accords, with the issue of Jewish settlements currently on the back burner, it is time to revive the 2002 Arab Peace Initiative, which was also proposed by the Saudi leadership and later endorsed by the Arab League. It offers Israel peace and normalization with all 22 members of the Arab League as the reward for withdrawing from all occupied Arab land and agreeing to an independent Palestinian state on the West Bank and the Gaza Strip with a capital city in East Jerusalem. Mr. President, this may be the deal of the century that could very well materialize if your administration chooses to extend its cooperation to Saudi Arabia.

Last but not the least, Mr. President, let us also recalibrate our ties in the economic domain. Our contribution to the global economy and, hence, the American economy in the energy sector are well known. But let’s not forget that Saudi investments had helped keep the U.S. Treasury afloat for several decades. More investments have followed under MBS, who has undertaken a major global drive to attract international investment for his economic diversification plan. This is an area where U.S. private-sector financing and expertise on large-scale infrastructure, development, and entrepreneurship projects can make a difference inside Saudi Arabia. This would solidify Saudi-U.S. economic bonds, even if the two countries continue to differ in their perceptions and policies on some issues of regional security and geopolitics under a recalibrated relationship based on mutual respect.

Ali Asseri served as ambassador of the Kingdom of Saudi Arabia in Pakistan (2001-09) and Lebanon (2009-16). He holds a Ph.D. in Economics from Beirut Arab University and has authored a book titled Combating Terrorism: Saudi Arabia’s Role in the War on Terror, which received a letter of appreciation from President Barrack Obama.