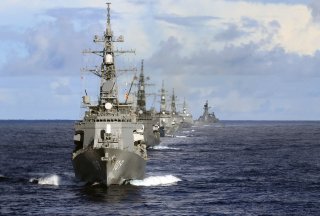 Signaling the plausibility of such prospects prior to a crisis over Taiwan might act as sufficient deterrent, but no deterrent is effective unless it is based on convincing planning and resource availability. Such plans would also require considerable diplomatic work with partners including India and Japan as well as providing them with requisite hardware.

Some might argue that the options outlined above are fanciful or needlessly provocative. We also recognize that some allies, given their political inclinations and habits, may prefer to avoid even merely planning for such campaigns, viewing them as unwanted expansions of military conflict. We would reply by noting first, should China move on Taiwan or Russia on Ukraine, that is the main provocation, and if U.S. policymakers decide to intervene in response, then any disruptive, asymmetric operations that can help complicate Beijing and Moscow’s decisionmaking and upset its strategy are completely acceptable. Second, we would note that once major combat operations start, many of the assumptions made by third parties about future stability, as well as cost-benefit analyses, go out the window. A successful Chinese invasion of Taiwan would significantly alter the balance of power in the Indo-Pacific in Beijing’s favor and destroy American military credibility in the region. This, then, might cause New Delhi (and certainly Tokyo) to be more willing to gamble on joining the United States in defeating China’s latest bid for hegemony in Asia.

Similarly, a Russian occupation of Kyiv will transform the political landscape of Europe, undermining those dovish voices that have minimized the threat posed by Putin’s ambitions, especially in Germany. Political elites and the general public may become more willing to endorse and participate in strong countermeasures. Meanwhile, a wave of refugees will underscore the urgency of the Ukraine war. Nonetheless, Russian disinformation and pro-Russian parties are certain to promote capitulationist and anti-American points of view in European media. A counter-disinformation campaign will be vital to advocate Atlanticist unity as the foundation of an international order guaranteed by American power.

Second-front strategies by definition run the risk of direct confrontations between superpowers and, therefore, the ominous threat of nuclear weapons. This risk might be mitigated through reliance on allies as proxies to avoid direct U.S.-Russia or U.S.-China confrontations. In addition, progress on arms control agreements in separate tracks is vital in any case. Nonetheless, the nuclear question remains, although it should be being posed in Moscow and Beijing too. For U.S. planning, the core question involves assessing the impact of a Western defeat in Ukraine or Taiwan for American credibility as the guarantor of international order and the scope of deterrence required to deter such a defeat.

We understand how complicated the above proposals are. Yet building the potential for second fronts is key to the credibility of a military presence that could act as an effective deterrence to prevent war. Therefore, in planning for a response to an invasion either of Ukraine or of Taiwan, American strategy should not focus exclusively on the core aggression but also complicate the adversary’s situation by planning for second fronts. At the very least, this threat should enter the enemy’s calculations and contribute to an amplification of deterrence. However, in the worst-case scenario of real war, these second fronts will force the aggressor to burn through resources, divide its attention and contribute to its defeat at the hands of the United States and its allies.

Russell A. Berman and Michael Auslin are fellows at Stanford’s Hoover Institution. The views expressed are their own.