An Optimistic Future for Israel and the United Arab Emirates 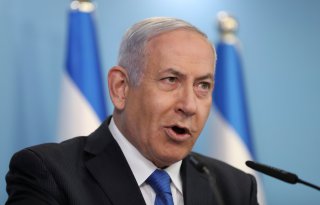 I was skeptical about Israel’s 1979 peace treaty with Egypt, 1983 agreement with Lebanon, 1993 Oslo accords with the Palestine Liberation Organization, and the 1994 peace treaty with Jordan. But the joint statement by Israel, the United Arab Emirates, and the United States on August 13 breaks new ground and, as it itself claims, deserves to be called “historic.”

The statement boils down to Israel’s commitment to “suspend declaring sovereignty over [parts of the West Bank] and focus its efforts now on expanding ties with other countries in the Arab and Muslim world.” In return, the UAE “agreed to the full normalization of relations” with Israel. This exchange of promises in three ways improves on previous Israeli agreements with Arabs.

First, the Egyptian, Lebanese, and Jordanian agreements basically ignored the Palestinians, but UAE leaders can point to wringing a commitment from Jerusalem to suspend its West Bank annexation plans. (Perhaps that was all along what Prime Minister Benjamin Netanyahu had in mind; my colleague Matt Mainen presciently outlined two months ago the Israeli prime minister’s “brilliant bluff” of sacrificing annexation for diplomatic recognition by Gulf Arabs.)

Second, the statement meets with less opposition than did prior agreements. Sure, it has opponents: the predictable Palestinian howls of treason and some Israelis reluctant to forego what they consider a unique opportunity on the West Bank. More importantly, substantial numbers of Muslims beyond these two immediate parties remain opposed to recognizing Israel, whether for reasons of Palestinian nationalism, Arab nationalism, or Islamism. When Tunisian voters in a valid late 2019 election specifically chose the most anti-Zionist candidate to serve as the country’s president, they reminded the world that rejection of Israel remains a potent regional force.

But several regional states (Egypt, Jordan, Bahrain, Oman) have endorsed the joint statement. Further, vox populi counts for little in Arab Gulf states like the UAE, where populations tend to defer to their leaders. As one Emirati told me, just as patients defer to their physicians’ judgment, so subjects in the Gulf accede to their rulers’ decisions. In another analogy, leaders are said to resemble wise fathers; they know more, have greater experience, and see further. Also, a comfortable Emirati populace will not readily jeopardize its stability. Thus, will the Emiratis accept recognition of the Jewish state in a way that, for example, the Lebanese do not? If prior rulers who signed agreements with Israel failed to bring about a wider change of heart, this matters less in the UAE.

Third, an unhealthy combination of Israeli land withdrawals and U.S. subsidies drove the diplomacy of prior agreements (ignoring the Lebanon deal, which was not implemented). To one extent or another, the deals amounted to grand bribes: “Recognize Israel and the Americans will reward you.” Naturally, the bribees disliked this arrangement; it’s only human to resent taking adverse steps for the money. Washington did not impose the pacts, but critics convincingly claimed it did. A flawed basis caused the agreements either to turn out badly (the cold peace with Egypt and Jordan) or to fail completely (the Palestine Liberation Organization’s continued rejectionism).

In contrast, the Israel-UAE-U.S. statement has a legitimate basis, with no hint of bribery: Israeli forces retreat from no territory and American taxpayers cough up no money. The statement has a sound premise: Jerusalem gives up a widely condemned and counterproductive symbolic step in return for acceptance by an emerging regional power.

Yes, the agreement contains lofty language about charting “a new path that will unlock the great potential in the region” and transforming the region “by spurring economic growth, enhancing technological innovation, and forging closer people-to-people relations.” Yes, the words “Iran,” “Qatar,” “Turkey,” and “Islamism” are not overtly mentioned by name, but everyone knows those are the threats. The joint statement relies not on a bribe but on a classic, if implicit, pact of mutual benefit. It also further opens the American arsenal to the Emirates.

For these reasons, this skeptic of prior Israel-Arab agreements is now uncharacteristically hopeful (admittedly, a career-threatening move for a Middle East hand). The UAE-Israel statement helps the Palestinian Authority, enjoys widespread support, meets with limited domestic opposition, has a sound, non-bribery basis, and contains positive features crucial to both parties. If my unwonted optimism is correct, then Arab-Israeli relations just might begin to exit from the sterile futility of the past seventy-plus years.

Daniel Pipes (@DanielPipes) is president of the Middle East Forum. He has visited the UAE multiple times since 2015. © 2020 by Daniel Pipes. All rights reserved.