Our Separate Ways: The Struggle for the Future of the U.S.-Israel Alliance 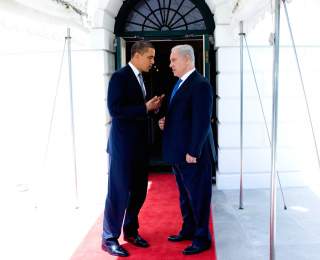 Editor’s Note: The following was excerpted from Our Separate Ways: The Struggle for the Future of the U.S.-Israel Alliance by Dana H. Allin and Steven N. Simon. Copyright © 2016. Available from PublicAffairs, an imprint of Perseus Books, LLC, a subsidiary of Hachette Book Group, Inc.

The partnership between Israel and the United States is unique. The small country certainly takes up a large bandwidth of American political discourse and policymakers’ attention, as the debate about it oscillates between emphasis on the alliance as a strategic partnership and stress on the relationship as a moral bond. There have been times when the strategic value to the United States was clear. Israel’s 1967 occupation of Egyptian territory gave the Nixon, Ford, and Carter administrations leverage to pull Cairo away from the Soviet Union and into the American camp. The Reagan administration recognized that, in case of conflict with the Soviets, Israel could provide an important base of operations in the eastern Mediterranean. Israel’s invasion of Lebanon imposed moral and political costs for the United States. But Israel’s deft use of American aircraft—to shoot down dozens of Syrian-piloted MIG fighters and to demolish Syria’s network of Soviet-supplied missiles in the Beka’a Valley—probably enhanced the credibility of American conventional deterrence in the final years of the Cold War. With the end of the Cold War, George H. W. Bush’s administration’s strategic assessment was more ambivalent. In the war to repel Iraq’s invasion of Kuwait, Washington considered the link with Israel to be mainly a diplomatic complication, albeit a manageable one. And it was manageable as well in relation to America’s broader interests in the Middle East—both during and after the Cold War—because autocratic Arab states made hardheaded calculations about their need for American protection and rarely, if ever, had to worry about popular sentiment in real elections.

Is Israel a strategic asset for the United States now and in the future? The answer, in cold and narrow terms, and considering the broader context of American interests in a Middle East in convulsive turmoil, is that the value of the asset is real but limited. Israel in its region possesses unparalleled intelligence capabilities, but it does not always have the right answer; in any event, America’s tactical and strategic difficulties will only be marginally eased with better intelligence. Israel, despite its serious economic and educational problems, remains a fountainhead of innovation and high technology. But the fountainhead is relatively small, a “miracle on the margin” in the words of one American high-tech executive, and America, for all its problems, is not really short on technology and innovation. Israel, finally, and despite its profound conflict with the Palestinians, is a small island of stability in a region of violent and worsening instability. Its internal stability, however, does not project stability to its neighbors.

It is difficult to conjure the scenarios in which Israel would facilitate the projection of American power or the pursuit of American purposes in the region. The reason, of course, is political. As this book goes to press, the United States is conducting air strikes against ISIS targets in Iraq and Syria, but the realities of Arab politics preclude using Israeli airfields for those missions. And those politics would become irrelevant to America’s broader purposes and strategy only in a situation of such dire chaos and threat that the overriding purpose of America’s alliance with Israel would be to protect Israel.

Protecting Israel is in fact a solemn obligation of American power. It is a moral obligation that derives from the two countries’ long association, from their shared democratic heritage, from their common cultures, including religious cultures and, above all, from the circumstances of Israel’s birth in the Nazi Holocaust—an event of vast scale in the history of human suffering and evil. The Jewish people warrant the protection of their own state, because history taught them in the vilest terms that there is no other sure protection.

The centrality of the obligation suggests that it would be absolute and eternal. Yet absolute moral obligations are logically problematic if they entail harm to others, including stateless Palestinians. What’s more, even if the obligation should last forever, that does not mean, in practical terms, that it will last forever. Even in the course of reaffirming her own genuine commitment to Israel, presidential candidate Hillary Clinton has very specifically acknowledged the threats to the relationship that we have laid out in this book. “Because there is a new generation in both countries today,” Clinton wrote in the Jewish Journal earlier this year,

that does not remember our shared past; young Americans who didn’t see Israel in a fight for survival again and again, and young Israelis who didn’t see the United States broker peace at Camp David or kindle hope at Oslo or stand behind Israel when it was attacked. They are growing up in a different world.

Israel has become another cause of partisan contention in the United States. Republican and Democratic politicians continue to express bipartisan support for the country, but the polls clearly show a divergence among the parties’ polarized bases. Perhaps unconditional support for Israel can be carried forward by Republican conviction and the ability of Republican politicians to frighten their opponents with accusations of anti-Israel animus, such as have been directed against President Obama. But for Israel to count on this polarized basis of American support into the indefinite future would be a huge gamble.

Many Israelis recognize these trends, and characterize them as the “Europeanization” of America. They do not mean it as a compliment. They tie it to what they perceive as a global campaign to “delegitimize” Israel, a campaign that they believe many Europeans have joined with great enthusiasm.

Israelis point frequently to the selectivity of European human rights concerns. Israel, they say, is singled out for its injustices against Palestinians amidst much greater abuses in the Arab Middle East, in Iran, and in the world at large. The European Union’s promulgation of regulations for the labeling of Israeli products produced in the West Bank, presumably to make them easier to be boycotted by consumers, reminds Israelis of historical boycotts of “Jewish” businesses, and blurs into the broader BDS (“Boycott, Divest, Sanction”) movement, whose promoters are, at best, vague about accepting the idea of a Jewish state. Then there are the periodic university campaigns for academic isolation of Israeli scholars—a truly insidious assault on liberal discourse and values.

For many Israelis, and some of their American supporters, the reason for singling out Israel is obvious. It is because Israel is populated by Jews. This conviction that European, and some American, criticism of Israel derives from eternal anti-Semitism should not be advanced carelessly—but neither can it be discounted entirely. It is difficult to accurately poll attitudes that are widely understood to be uncivilized. We should also be wary of fitting isolated events into preexisting narratives; for example, the April 13, 2014, shootings, with three dead, at the Kansas City Jewish Center by a professed neo-Nazi, would have resonated differently if they had occurred in Germany or France. With these caveats, we would assert that, in our experience, one encounters casual anti-Semitism in Europe—among white Europeans of Christian heritage—that that one does not encounter so readily in the United States.

The main and most virulent source of anti-Semitism in Europe, however, is among radicalized Arabs, as well as other radicalized Muslims, in France and other European countries. It happens that France also has the largest remaining Jewish community in Europe, and it is objectively under threat. The January 2015 terror rampage that started with killings at the offices of the satirical magazine Charlie Hebdo ended with hostage-taking and killings in a kosher grocery in Paris. Terrorists in Europe have chosen numerous other Jewish targets and victims in recent years. France’s Prime Minister Manuel Valls said after Charlie Hebdo that the real prospect of a Jewish exodus from his country posed a threat of historic national defeat. “If 100,000 French people of Spanish origin were to leave, I would never say that France is not France anymore,” said Valls, whose parents were Spanish immigrants, in an interview with American journalist Jeffrey Goldberg. “But if 100,000 Jews leave, France will no longer be France. The French Republic will be judged a failure.” In guarding against this threat, France and the rest of Europe must also somehow accommodate its Muslim citizens. This is a huge challenge, a continuing historical legacy from the age of colonization and the traumas of decolonization.

Israeli suspicions of European motives are understandable, just as their vigilance against delegitimization is justified. Yet while it is problematic to selectively target the flaws of Israeli democracy, it is also problematic to wilfully ignore Israel’s undemocratic direction. Moreover, nonviolent struggle for human rights requires—to some extent, at least—a strategy of “delegitimizing” the denial of those rights. Palestinians have the inherent right to say that their status is illegitimate, and to seek foreign support in changing that status. Martin Luther King Jr. led marchers at Selma and elsewhere to delegitimize the Jim Crow system of racial oppression. Yet the strategic and moral genius of his campaign was to ground it in the traditions and principles of America’s founding documents: the Declaration of Independence and the U.S. Constitution. He challenged the illegitimacy of racial subjugation with reference to the fundamental legitimacy of the American system and the “inalienable” human rights enshrined in those documents.