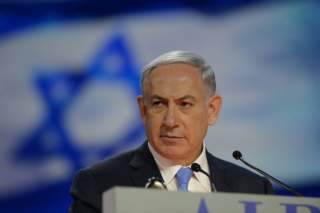 Benjamin Netanyahu’s impending speech before Congress is part of his long-standing efforts to derail the nuclear negotiations with Iran. The Israeli prime minister may try to sabotage a nuclear deal by pushing U.S. lawmakers to demand a direct say on the terms of the agreement, impose more punitive measures on Tehran and pass trigger-sanctions. He might also call on Congress to make it more difficult for President Obama to lift the sanctions he needs to implement any agreement with Iran. Bibi may even leak details of the talks, to goad Washington and Tehran into doing what they’ve bitterly resisted for the past 18 months: negotiate in public.

Odds are that Netanyahu will do at least some of the above. But Bibi is no duck. If anything, he is a fox. Looking ahead, the genius in his latest salvo against the nuclear talks may be to make President Obama’s position more reasonable rather than force the administration’s hands.

Many factors have contributed to the success of the nuclear negotiations since President Hassan Rouhani took office in the fall of 2013. The United States has become more flexible in its demands, Iran has been more engaging, Europe has diligently worked to facilitate dialogue and the Russians have stopped milking tensions to score Western concessions.

But there’s another factor behind the progress over the past 18 months: the shifting “blame” dynamics. Efforts to change perceptions of who is to blame for deadlock is what helped jump start the negotiations in the first place, and these exact perceptions are what will shape the final outcome of the talks.

Iranian considerations can be boiled down to two parallel objectives via one approach.

For Supreme Leader Ayatollah Ali Khamenei, all politics is local. His first and foremost objective is to ensure that ordinary Iranians won’t blame the Islamic Republic for any failure to seal a deal and reverse increasingly tough restrictions.

For President Rouhani and Foreign Minister Javad Zarif, all politics is also local – but with an international twist. Their strategy, too, is predicated on ensuring that they won’t be blamed for any negative outcome in the negotiations. And the two are also banking on their success on the international stage being translated into success at home.

Despite fairly regular noise emanating from conservative quarters, Ayatollah Khamenei has been firm and consistent in his support for Rouhani and Zarif. There is no daylight between the three men. And the reason for this is that their objectives, in terms of the blame game, converge and have been achieved. Ordinary Iranians don’t blame Rouhani or Zarif for the continued deadlock. If anything, Zarif is probably the most popular Iranian cabinet member today.

Make no mistake: the Iranian leadership first and foremost wants a nuclear deal. But the Khamenei-Rouhani-Zarif triumvirate is predicated on a commitment to ensuring that the domestic blame game will be won. And the route to this goal is by winning the blame game abroad. This is a powerful motivator for Iran’s “constructive engagement,’ and Khamenei’s backing for it.

Through the use of intelligent and active diplomacy over the past 18 months, Tehran has done exceptionally well in terms of making its case to the world. The United States has been outmaneuvered. Gallup confirmed this last Friday, when it released findings that show a nearly fourfold drop in the percentage of Americans who view Iran as America’s greatest enemy, compared to 2012.

As we near crunch time in the negotiations, both sides will fight tooth and nail to position themselves as the reasonable party. Contrary to popular perceptions, Bibi’s PR parade is actually helping President Obama on this front – to the detriment of the negotiations.

As much as Netanyahu has sought to throw obstacles in the path of the nuclear talks, his rash approach might just have the effect of giving U.S. negotiators, squeezed at home while outmaneuvered abroad, some breathing space. Bibi’s antics may make America’s demands seem less excessive, thereby lessening pressure on the White House to adopt more flexibility in the talks. This would be far more dangerous for the future of the negotiations than threats of more pressure on Iran.

Bibi must know that in the nuclear negotiations, any party which feels that it can win the “blame game” is less likely to make concessions necessary for a breakthrough — let alone stay at the negotiating table should deadlock persist. Most of all, Bibi must know that if Iran and the United States emerge equally convinced that they’re winning the “blame game,” their talks won’t end well.

Washington and Tehran have so far displayed exceptional determination to put a decisive end to the nuclear crisis. Misperceptions emanating from hyperbole must not be allowed to dislodge this focus on sealing the deal. Both sides must seize the current window of opportunity.

Mohammad Ali Shabani is a doctoral researcher at SOAS, University of London and a columnist for Al-Monitor. His main area of focus is Iranian foreign and security policy.

Image: Amos Ben Gershom/Office of the Prime Minister of Israel