This Outlandish Aristocrat Could Be the Next British Prime Minister 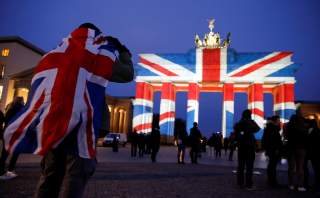 A specter is haunting Britain—the specter of Moggmentum. Amid the continuing chaos in the United Kingdom’s ruling Conservative Party, Jacob Rees-Mogg, a forty-eight-year-old backbench member of Parliament, is currently experiencing a wildly improbable spike in his political fortunes. The aristocratic Mogg—for years considered more curiosity than contender—has in recent days vaulted to the forefront of speculation over who could one day, perhaps very soon, succeed Prime Minister Theresa May. The father of six, a practicing Catholic, is so old-school one almost gets the sense he’s itching to relitigate the 1688 Glorious Revolution.

“I think Mass can be too noisy and guitars should be banned,” Rees-Mogg mused in 2013. “In any normal time, he would be dismissed as too ridiculous a figure to lead a party, but these are hardly normal times,” Freddy Gray, an editor at the British conservative magazine the Spectator, a staple of Britain’s right wing, told me. “I mean, consider the fact that Jeremy Corbyn is a strong favorite to be Britain’s next prime minister . . . a character like Mogg starts to appear not just credible, but attractive, as a future prime minister.”

Gray is not alone. There is a general sense in and around Westminster that options to succeed May are lacking. “There are . . . whispers of a Macron-style relative unheard of saving the party from the center. But nobody is quite sure who that is . . . the very fact nobody knows who might be able to do it does show just how buggered they are,” says Gray.  “Let’s keep up the Moggmentum,” James Delingpole argues, also in the Spectator (a former editor of the publication, Foreign Secretary Boris Johnson, is a probable rival to Rees-Mogg in any leadership vote). “In youth parlance,” Delingpole writes, Rees-Mogg is “‘based’ . . . quick on his feet, comfortable in his skin, knows his own mind and is beholden to no man” with a “surprising appeal to teens and millennials.”

“He’s posh, but no one cares that he’s posh. He doesn’t try to pretend he’s not posh,” Nigel Farage, the gadfly British politician with influence in the White House, told a crowd in 2014. The two were allied during the successful Brexit campaign last year, and Rees-Mogg has called himself the “pale ale version” of Farage, whatever that means. In turn, Farage, though not a member of the Conservatives, has effectively backed Rees-Mogg for prime minister. “He is straight out of Downton Abbey,” says Peter Hall, a professor of government at Harvard. Indeed, until recently, Rees-Mogg seemed more internet meme than man, inspiring a video series on YouTube like “Can’t Clogg the Mogg” (a nod to the 2016 underground sensations “Can’t Stump the Trump” and “Can’t Barage the Farage”).

But like Trump and Farage, he could soon surprise. Mogg, the son of Lord William Rees-Mogg, the impresario conservative journalist, has long been in on the joke, agreeing to appear on Da Ali G Show and constantly talking about his nanny. Not everyone in the UK thinks he’s funny: “A cold reactionary lies behind the Jacob Rees-Mogg act,” argues Catherine Bennett. But whether for good or ill, he seems to be capitalizing on his viral fame, and could soon turn it into tangible political advantage. He’s not quite Emily Ratajkowski, but Mogg recently joined both Instagram (which he prefers) and Twitter, to great fanfare, after a long period resisting social media, naturally. Marina Hyde writes in the Guardian that former fund manager Mogg is “a chap whose shtick was regarded as ludicrously over-the-top 30-odd years ago. By teenagers. At Eton,” Britain’s most elite boarding school. But in 2017, and in the often insular world of British politics, Rees-Mogg could now rival Secretary Johnson to achieve the “restoration of Etonian rule.”

The era of President Donald Trump, Labour Leader Jeremy Corbyn and future Sen. Kid Rock has unquestionably been kind to him. Corbyn and Brexit have been particularly politically remunerative. “The Corbyn bubble has led many Tories to believe their party is freed up to shed leaders who straddle its main internal divide, and since they are all in for Brexit it should be someone who always bought into the full break rather than a temporizer who came over later,” like Prime Minister May, says Clay Clemens of the College of William & Mary (an institution Rees-Mogg might disapprove of because its royal namesakes were installed in the aforementioned 1688 revolution). He adds: “In the Trump era he has the added appeal of being flamboyantly anti-PC.”

There are political considerations, as well. May lost her party’s majority in the last month’s election, forcing her to hash out a quid-pro-quo agreement with the controversial, socially traditional Democratic Unionist Party of Northern Ireland, in order to keep both her and the Conservatives in power. Rees-Mogg, who remains an opponent of gay marriage, has defended that deal perhaps even more stoutly than the prime minister.

But when it comes down to it, most remain skeptical of Rees-Mogg’s chances: “an attitude is not a policy,” says Clemens. Ditto Harvard’s Hall: just because the majority of Britons are amused by Mogg “does not mean that this is what the British people want in a leader,” he says. And if Brexit really is a central raison d’être for Mogg, Johnson could also fill the role of bellicose Brexitier, as could the Brexit secretary, David Davis. A recent parody joked: “Either way we get a leader who will ensure the sort Brexit we want—a modern version of the Charge of the Light Brigade. Bold, adventurous and everyone gets killed.”

Bookies now rate Rees-Mogg’s chances to succeed May second overall, above the odds for Johnson—the forever would-be prime minister—but beneath the possibility of a Davis premiership. But Conservatives have passed on Davis before. In 2005, they selected a thirty-five-year-old political neophyte named David Cameron over the veteran lawmaker. According to Hall, “Rees-Mogg has three things going for him: he is eloquent; he is young; and all of the other current leadership contenders are damaged goods.”

Image: The Brandenburg Gate is illuminated with the colours of the British flag to show solidarity with the victims of the recent attack in London, in Berlin, Germany, March 23, 2017. REUTERS/Fabrizio Bensch​