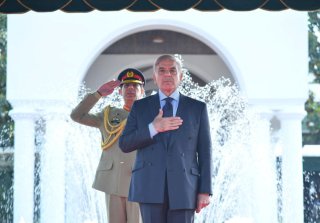 Russia’s invasion of Ukraine sent economic shockwaves across not only Europe but also the broader Middle East. Pakistan, whose economy is already weak because of decades of corruption, mismanagement, and unstable governance, has been particularly vulnerable. While many countries are dependent upon Ukrainian or Russian wheat or foreign energy imports, Pakistan requires both. Between July 2020 and January 2021, for example, Pakistan was the third-largest consumer of Ukrainian wheat exports after Indonesia and Egypt. The price spike in oil prices has hit Pakistan hard, driving up the cost of its imports by more than 85 percent, to almost $5 billion, just between 2020 and 2021.

For Pakistan, it is a perfect storm. At the end of Pakistan’s fiscal year on June 30, 2022, its trade deficit neared $50 billion, a 57 percent increase over the previous year. Had the Shehbaz Sharif government not banned the import of more than 800 non-essential luxury items in May 2022, the figure might have been even higher.

Even the middle class is unable to keep up with inflation. In June, inflation soared to over 20 percent, the highest in the recent past. An International Monetary Fund-directed end to subsidies has caused both the price of electricity and gas to soar, even beyond the hike caused by the rise in oil prices worldwide. Food insecurity is rife. According to the State Bank of Pakistan, “reliance on imports for edible oil and oilseed meals to meet domestic demand consumption has been increasing over the past two decades: 86 percent of domestic edible oil consumption in 2020 came from imports up from 77 percent in 2000.” Population growth is only increasing the need for imports as domestic projects to produce soybean and palm oil falter.

Meanwhile, the Pakistani rupee continues to hemorrhage value when compared to the U.S. dollar, off more than 30 percent over the past year. In contrast, the Indian rupee has slid just over six percent. The decline in the Pakistani rupee hurts the middle class especially and all those unable to dollarize their saving. Wealthier households and the affluent invest in lucrative real estate dealings instead of activity that could generate not only rent-seeking income but also employment.

Yusuf Nazar, a former chief strategist at Citigroup’s emerging markets division, estimates that Pakistan’s foreign exchange reserves have dropped by half since February to just $6.3 billion, akin to what Iran suffered under the so-called “maximum pressure” campaign. For Pakistan, however, the dramatic decline is of its own making: According to Nazar, Pakistan has received more International Monetary Fund (IMF) bailouts than any other country. This shows the unwillingness or inability of the Sharifs, Bhuttos, and Khans to implement serious reform.

International patience has worn out. The IMF no longer trusts Pakistani promises to reform, and is unwilling to throw good money after bad. Islamabad’s unwillingness to conduct reforms demanded by the Financial Action Task Force (FATF) underlines how intertwined the Inter-Services Intelligence agency is with the murkier aspects of Pakistani finance.

One of the reasons successive Pakistani leaders avoided reform was that they believed it easier to accept the fairytales spun by China. Far from being an economic savior for Pakistan, however, it is now clear that Beijing used the China-Pakistan Economic Corridor (CPEC), foolishly acceded to by Sharif’s brother Nawaz, as a mechanism to enslave Pakistan. “Our friendship is higher than the Himalayas and deeper than the deepest sea in the world and sweeter than honey,” he said in words that most Pakistanis today rue. Instead of promoting growth in Pakistan, the CPEC has become a liability for Islamabad. Sovereign counter guarantees to Chinese independent power producers eat up the Pakistani government’s revenue, even as Pakistan continues to face lengthy power outages. CPEC project implementation is sporadic even though, for the last four years, Pakistan is the world’s largest recipient of Chinese grants and assistance.

The World Bank has warned that Pakistan could soon face “macroeconomic instability.” Societal instability would soon follow. Pakistan’s private sector has not created enough jobs to absorb the labor pool. Anger is reaching the boiling point, and growing criminality hints at societal breakdown.

Sri Lanka’s collapse worries the region, but Pakistan’s collapse should worry the world. For decades, state failure in Pakistan has been a nightmare scenario. Both Pakistan and the broader world have had a taste of that scenario as violence, extremism, and poverty engulf the former capital and commercial hub of Karachi and as Pakistani authorities lose control over many regions alongside the Afghanistan border. The United States, India, and Iran are right to worry about the security of Pakistan’s nuclear arsenal, as military officers also begin to struggle to get by. Pakistani elite live in a state of denial believing that the status quo in which they live an affluent life insulated from broader society is permanent. It is not. The bubble is collapsing, and the result will not be pretty.