Pakistan’s Imran Khan Heads to China, With Major Implications for the Belt and Road Initiative 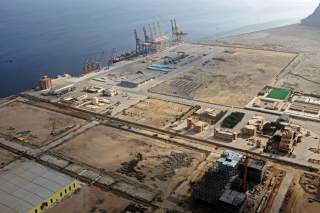 Pakistani prime minister Imran Khan headed to China on November 1 for his first visit to the country since taking office this summer. Khan hopes for assistance to ease his country’s ongoing economic crisis and aims to chart out an adjusted pathway for relations between Beijing and Islamabad, especially with respect to the China–Pakistan Economic Corridor (CPEC).

What the Pakistani prime minister returns home with is critical for his country, which is nearing a balance of payments crisis. It also has implications for other Belt and Road Initiative (BRI) countries. How China responds to the needs of its “all-weather friend” in a time of economic turmoil will be read by others for signals of what Beijing’s ultimate intentions are for BRI.

Since coming to power, Khan’s Pakistan Tehreek-e Insaf (PTI) has been in talks with Beijing over economic assistance and the future of CPEC. These talks have since matured. It now appears that Beijing will provide concrete support: a short-term loan or grant to shore up the State Bank of Pakistan’s foreign exchange reserves.

Combined with aid from Saudi Arabia and the United Arab Emirates, Chinese assistance could position Pakistan below the threshold for stiff International Monetary Fund (IMF) conditionality. Both China and Pakistan have their own reasons for avoiding such a scenario. While an IMF program may provide Islamabad with the fiscal discipline it appears incapable of on its own, it could also hamstring policymaking and problematize the future implementation of CPEC. Beijing is also likely averse to excessive scrutiny of CPEC-related investment and loans by the IMF, and so China appears willing to ease Pakistan’s pain. There have been reports in the Pakistani press that China will provide Pakistan with a short-term loan of $4 billion or more. More recently, a Chinese diplomat in Islamabad told Pakistani reporters that Beijing will offer a “grant” of an unspecified size.

Chinese investment in Pakistani agriculture and special economic zones will also feature in this weekend’s discussions. Agriculture and industrial development have already been identified during the previous government as forming the core of the second phase of CPEC—but now they have become a matter of urgency.

Short-term aid can stabilize the Pakistani economy, but a steady rise in both foreign direct investment (FDI) and exports is vital for the high rates of growth Pakistan’s economy presently cannot sustain.

However, investment in agriculture and manufacturing alone will not generate the outward economic activity Pakistan needs. The “software” of trade between the two countries needs to be realigned to facilitate two-way trade. Since the signing of the 2006 China–Pakistan free trade agreement (FTA), Pakistan’s trade deficit with China has more than tripled. China would demonstrate good faith if it agrees to reduce tariffs on Pakistani products such as fruits, meat and seafood in the ongoing negotiations over the FTA’s second phase. This would give an indication as to what China’s aims are for the infrastructure it is financing and building in Pakistan. Does it see Pakistan as more than a source for raw materials and a market for Chinese final goods?

Still, modifications to the present set of CPEC projects are necessary. Beijing should consider reprofiling the $6 billion or so in direct loans, extending their maturity to thirty years. As a lump sum, the direct burden of CPEC debt on the Pakistani state is not onerous. But it’s unclear whether the Punjab provincial government will be able to sustain operational subsidies for a metro rail project in Lahore that may be up and running by next year. And given that the IMF may end up demanding a reprofiling of CPEC debt, Beijing may want to save face by preempting the Fund.

Beijing should also agree to allow for the renegotiation of electric power purchasing agreements between Chinese producers and Pakistan’s transmission and distribution company. As it stands, the electricity is too expensive—thanks to high guaranteed rates of return and inflated capital expenditure estimates. Cutting electricity purchasing prices would make long-term contracts more viable and create a conducive environment for more Chinese investment with higher rates of return. More affordable electricity would increase the ability of Pakistani consumers to pay bills to local power companies which, in turn, have to pay Chinese independent power producers—helping resolve the liquidity problems plaguing Pakistan’s electricity sector.

Beijing and Islamabad can tweak the terms of the various projects that make up CPEC, ensuring their sustainability. But an even more difficult task before them is to develop a comprehensive strategy that underpins the corridor plan. Presently, CPEC is a merely a collection of projects. It is like an untethered helium balloon, expanding as it rises, growing from $46 billion to $62 billion.

Though CPEC is a bilateral connectivity project, aiming to connect landlocked western China with Pakistan’s Arabian Sea coast, it included a metro rail project in Lahore, the political base of the Pakistan Muslim League (PML-N). After opposition parties protested, a host of other projects, including commuter rail lines in the three smaller provinces were added to the portfolio—though they’re unlikely to see progress any time soon. The initial misstep of including the Lahore railway line in CPEC was compounded by adding similar projects in three other cities. CPEC became an everything bagel.

While there is a CPEC “long-term plan,” the bogus annual toll revenue estimates of $6-8 billion by Pakistan’s Planning Commission is evidence of its lack of rigor. The long-term plan is clearly an aspirational document. Pakistan has yet to align its industrial and trade policies with CPEC. And while centers for the “study” of CPEC have popped up across Pakistan, they are mere public relations operations. Funds for these centers would better spent on improving STEM education in Pakistan and programs for entrepreneurship and supply chain management.

Austerity measures may impede CPEC’s progress, but there is also risk that concerns over domestic and international reactions may trigger a reflex to maintain the size of CPEC by any means necessary. As a result, CPEC could command an even greater share of Pakistan’s development spending, distorting Pakistani policy priorities. Pakistan’s development agenda must drive CPEC—not the other way around.

The Challenge of Reform

Once Islamabad has breathing space, the tough work actually begins. Easy financing through CPEC may have also disincentivized the previous government from pushing through reforms. The PML-N’s campaign to combat electric power theft eventually petered out once new power plants were being built. As CPEC drove a rise in FDI in Pakistan, the country actually fell on the World Bank’s ease of doing business rankings. Most net foreign direct investment in Pakistan now comes from China—due to the advantages afforded to Chinese companies. CPEC has not led to a virtuous cycle in which investors worldwide pour into Pakistan. Non-Chinese investors still face the legal and political risks that have deterred them for decades. Khan’s government has little choice but to enact long-deferred reforms to the country’s electric power sector, judiciary and tax regime.

For its part, China needs to reassess what it truly wants the BRI to be. Does Beijing see it merely as a stimulus for state-owned enterprises or a genuine effort to fuel the next era of globalization?

Beijing has assumed significant risk in lending to and investing in frontier markets many others would think twice about entering. The potential upside is obvious. China is betting on the population growth in sub-Saharan Africa and South Asia over the course of this century. But it also faces a commitment dilemma. If there is indeed a Chinese “debt trap,” it works both ways. China may forgive debt in developing countries in exchange for strategic concessions. But its aid and investment also tie it materially to the future of countries that are plagued by poor governance, political discord and violence. Beijing has long had a policy of “non-interference” into the affairs of other countries. But the further it goes with the Belt and Road, it may eventually have to cross that line and “meddle.” And when it does, it may pass the point of no return.

Arif Rafiq (@arifcrafiq) is a non-resident fellow at the Middle East Institute and president of Vizier Consulting, LLC, a political risk advisory company focused on the Middle East and South Asia. He is author of “The China-Pakistan Economic Corridor: Barriers and Impact” and editor of the CPEC Wire newsletter.