For Pakistan, a Changed Afghanistan Requires a New Approach 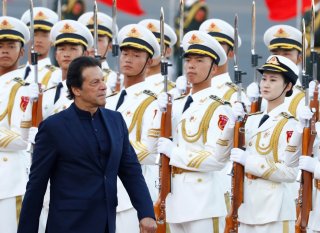 Since the Taliban’s takeover of the whole of Afghanistan following the defeat of Ahmad Massoud’s forces in Panjshir, local and regional actors like Iran and India have criticized Pakistan’s alleged role. Despite these rumors in the presence of a widespread propaganda campaign against Pakistan, one cannot deny that Islamabad has a new regional approach to deal with today’s Afghanistan.

As Taliban combatants were fighting the last resistance in Panjshir, a visit by the head of Pakistan’s Inter-Services Intelligence (ISI) led to allegations of Pakistan’s involvement in the Taliban’s offensive. Furthermore, the creation of a non-inclusive or a Pashtun-dominated caretaker government was allegedly linked to the ISI chief’s visit to Kabul. While many see Pakistan to have bolstered the Taliban’s rise in Afghanistan, Islamabad shares a cautions relationship with the group and this newfound approach demands a careful assessment.

There is no doubt that the Taliban’s rule in Kabul is seen favorably in Islamabad, but Islamabad’s approach to dealing with today’s Afghanistan is very different from the era of the Islamic Emirate of Afghanistan during 1996-2001. Then, the Taliban’s government was only recognized by Pakistan, the United Arab Emirates, and Saudi Arabia, but Islamabad was the one providing multifaceted support through financial and human resources. Unlike in 2001, Pakistan’s new policy is no longer driven by the “with us or against us” foreign policy compulsions, especially as the U.S.-China strategic rivalry in the region has deepened.

Public messaging from Islamabad’s policy circles is that of detachment from the “camp politics.” Islamabad vows to follow the country’s own national interests driven by the paradigm shift from geopolitics to geo-economics. This is why former President Pervez Musharraf agreed to side with the United States as a strategic ally in “war on terror” despite “compromising a lot.” Following the full withdrawal of its troops in August 2021, current Prime Minister Imran Khan said “absolutely not” to the alleged rumors of the United States asking for a military base in Pakistan to carry out counterterrorism operations in Afghanistan.

For over a decade, Islamabad was urging the United States and other actors to find a political solution to the war in Afghanistan. Since the Taliban’s takeover, Pakistan has been advocating for a regional approach to support the country’s stability. Also, echoes from the power corridors suggest that unlike 1996, Pakistan is not going to unilaterally recognize the Taliban regime. The shift in strategic outlook eludes to an Islamabad securing its own interests. At the heart of the geo-economics strategy is the pursuit of regional connectivity aided by trade and development partnerships for which regional peace and stability is crucial. Given the evolving strategic thinking in Islamabad, will the Taliban-led Kabul further Pakistan’s strategic objective or scale back the efforts?

With the Taliban in power, there is an expectation of relative stability in Afghanistan and the region. There’s also an assurance from the Taliban’s leadership that Afghan soil will not be used for terrorist activities inside Pakistan and other countries. Given that Pakistan and China expressed concerns over the involvement of the East Turkestan Islamic Movement that possibly colluded with an anti-Pakistan terrorist group, Tehrik-e-Taliban Pakistan (TTP), for the recent Dasu attack and Gwadar East Bay Expressway attack, this reassurance is critical, for the security of the China-Pakistan Economic Corridor (CPEC). Similarly, in seeking to diversify its trade partnerships, Pakistan aims to access the landlocked Central Asian markets through Afghanistan. A friendly government in Kabul might help Pakistan realize the economic gains it is hoping for.

However, there’s only cautious optimism. Fears of increasing extremism in Pakistan due to the Taliban takeover in Kabul raise the question of whether the Taliban’s victory is a strategic or tactical gain for Pakistan. The release of TTP leaders from Afghan prisons led to concerns in Pakistan and other regional countries that the Taliban’s victory might inspire Islamists in their countries to seek legitimization. The potential spillover of extremism from the neighboring country would risk Pakistan losing its foreign investors’ confidence who previously shied away due to security conditions.

In fact, Islamabad’s regional connectivity ambitions depend on how these differences are managed. The Taliban has opposed the fencing along the Pakistan-Afghanistan border, calling it a “divide,” and have been reluctant to recognize the Durand Line as the permanent border. Engaging with the Taliban government for accessing Central Asian markets and even for east-west connectivity may not be as convenient as anticipated.

Also, the relationship between Pakistan and the Afghan Taliban is not as easy-going as many believe it to be. As was the case during the Islamic Emirate of Afghanistan in the 1990s, Pakistan does not fully control the Taliban and its leverage has significantly decreased because of the return of Taliban leaders and their families back to Afghanistan.

That the Taliban’s exclusive caretaker government is in power with only three non-Pashtuns and excludes major ethnic groups like the Hazaras also places Pakistan in a tough position. While Islamabad has repeatedly voiced support for an inclusive government in Kabul, it also cannot afford to limit engagement with the current Taliban-caretaker government. The question of how Pakistan is going to keep its own strategic goals separate from its calculated support for the Taliban is acknowledged in this new regional approach.

Islamabad’s new policy favors a regional approach towards Taliban-led Afghanistan. This approach is also an outcome of lessons learned from when Pakistan was seen as the Taliban’s only supporter, making it the target of criticism from within and outside Afghanistan. There are also new geopolitical and geo-economic realities with China’s increasing influence in South and Central Asia, and the Taliban’s own diplomatic engagement with states like Iran, Russia, China, and Qatar.

Pakistan’s regional approach is also realistic because it does not want to take the front seat in terms of handling the crisis in Afghanistan and does not have enough financial resources to help the new Taliban regime. As funds and aid meant for Afghanistan are blocked, the Taliban will rely more on regional actors for support. Pakistan’s foreign minister has been engaged in shuttle diplomacy with visits to the Central Asia Republics, Iran, and China, to gain support for Afghanistan. So far, Pakistan and Qatar have sent humanitarian aid with food and medicine and China has announced $31 million in aid. For a coordinated security approach in Afghanistan, the ISI also hosted a virtual meeting on September 11 with the intelligence chiefs of China, Iran, Uzbekistan, Tajikistan, and Turkmenistan.

Pakistan’s new Afghanistan policy is shaped by a combination of geo-economic and geopolitical realities in which China’s Belt and Road Initiative plays a key role. Both Beijing and Islamabad realize that they have a lot more to gain from peace and stability in Afghanistan in terms of fully utilizing the potential of the Gwadar Port in Pakistan. As neighboring countries, they also have shared concerns in relation to the spillover of extremism and terrorism from Afghanistan into their countries and, therefore, have no other option but to enhance their engagement with the Taliban.

Kashoon Leeza is an Advocacy and Editorial Specialist at IPRI and a Visiting Fellow at the Stimson Center.