Pakistan Is a Responsible Nuclear Power 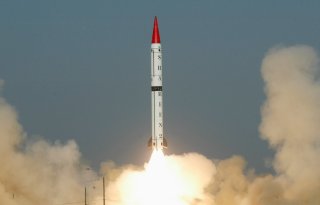 In recent weeks, certain politically motivated lobbies have been propagating unwarranted perceptions and concerns about Pakistan’s nuclear security regime. These need to be addressed directly, as Pakistan is firmly devoted to nuclear safety and security.

Pakistan has long vigorously engaged with the international community to make it aware of its nuclear safety and security mechanisms. The country’s nuclear regime is grounded in a clear national legislative, regulatory, and administrative framework, which includes a robust nuclear command and control system and National Command Authority (NCA) established in 2001 to strengthen nuclear security, comprehensive export controls, and international cooperation.

A national nuclear security regime needs a well-organized legal framework and rules for administering nuclear materials. It also requires a unified system and measures, including intelligence, prevention, detection, and response. In particular, the human factor cannot be omitted from the debate on nuclear security, making it necessary to have reliable leadership and personnel working on security matters of the state.

Against this backdrop, Pakistan’s nuclear security regime is constantly evaluated and revised to harmonize with international standards. Pakistan has already established a robust command and control system at its state level by establishing autonomous regulatory bodies. These include the aforementioned NCA, the Pakistan Atomic Energy Commission (PAEC), the Pakistan Nuclear Regulatory Authority (PNRA), and the Export Control Regime. The NCA is the main controlling body for all nuclear matters, including nuclear security and strategic activities. The Strategic Plan Division (SPD), the secretariat of NCA, regularly supervises the nuclear security mechanism. Pakistan’s Center of Excellence on Nuclear Security (PCENS) is always engaged in exercises and training of its personnel regarding the state’s nuclear security. Moreover, Pakistan has been working with the Global Initiative to Combat Nuclear Terrorism (GICNT) and has submitted six reports to the UNSC 1540 Committee, which elucidate the measures taken by Pakistan to ensure nuclear and radiological security and to control and monitor the transfer of sensitive materials and technologies.

Pakistan, with the help of these institutions, performs various tasks to ensure nuclear security at the state level, such as the preparation of security policy, protection of sensitive information and facilities, the establishment of the legal framework, distribution and coordination of responsibility, and a proper mechanism for coordination. According to the International Atomic Energy Agency, organizational levels of nuclear security responsibilities include “nuclear security policy, management structure (i.e., defined roles and responsibilities), resources (i.e., financial, technical and human), management system, review, and improvement”. In this context, the institutions established by Pakistan, as mentioned earlier, play a significant role in ensuring nuclear security at the managerial and individual levels of security.

Given this strong nuclear security culture, the international community’s assertions that Pakistan is “dangerous,” as U.S. president Joe Biden articulated in October, are myths that must be dismissed. Indeed, Biden’s claim that Pakistan’s nuclear arsenal is “without any cohesion” complements the narrative propagated by India that “Pakistan’s nuclear weapons may be taken over by terrorists or radicals.”

In this context, both Western and Indian-led officials and analysts need to look at the nuclear security incidents that have repeatedly been occurring in India in the recent past. For instance, Indian authorities have seized an enormous volume of uranium and radioactive elements: 7 kg of uranium was in Maharashtra (May 7, 2021); 6.4 kg of uranium was seized in Jharkhand (June 4, 2021); 250 kg of Californium was confiscated in Kolkata (August 26, 2021). Other lapses have occurred in Indian conventional nuclear security. The BrahMos missile incident in March of this year breached Pakistan’s territorial integrity and threatened its sovereignty. This could have led to severe repercussions and escalation, but Pakistan played a decisive role and reacted sensibly to the situation.

Pakistan’s top leadership has continually condemned the false narratives that are being peddled. Prime Minister Shahbaz Sharif rejected Biden’s recent statement on Pakistan’s nuclear weapons as “factually incorrect and misleading.” He further stated, “Let me reiterate unequivocally: Pakistan is a responsible nuclear state, and we are proud that our nuclear assets have the best safeguards as per IAEA requirements. We take these safety measures with the utmost seriousness. Let no one have any doubts.”

Given the delicacy and impact of the comments, as well as a prompt response from Pakistani authorities, Vedant Patel, spokesman for U.S. State Department, downplayed Biden’s comments by stating that “the United States is confident of Pakistan’s commitment and its ability to secure nuclear assets.”

Biden’s comments have also been linked to political instability in Pakistan. However, such political issues do not affect nuclear security. The concerned authorities have already dismissed the narrative, such as the Chairman Joint Chiefs of Staff Committee (JCSC) General Nadeem Raza, who during a keynote address earlier this year at a seminar on “Regional Environment and Imperatives of Security” said that “unnecessary and unfounded views on Pakistan's nuclear programme should be avoided, adding that Pakistan is a responsible nuclear power.” He also asserted that “Pakistan is a confident and responsible nuclear power. It pursues the policy of full-spectrum deterrence with the precincts of credible minimum deterrence. Our national security and safety architecture meets all national and international obligations and caters for all kinds of scenarios.”

In short, Pakistan has taken systematic measures to advance its nuclear security. It has taken every possible step to demonstrate that it is a responsible nuclear weapon state with a well-established and institutionalized export control regime and a solid track record in nuclear safety and security. However, unwarranted statements create misperceptions leading to a trust deficit and an unstable strategic environment. Perhaps the international community should instead focus on the weak nuclear security mechanisms and nuclear issues of certain states that require urgent attention.

Dr. Muhammad Muhammadi is an Associate Director of Research at the Centre for International Strategic Studies, Islamabad. He holds a Ph.D. in Politics and International Relations from Shanghai International Studies University, Shanghai, PR China.