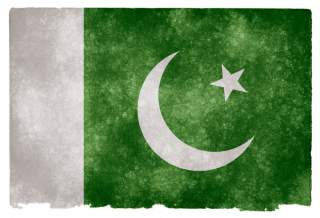 Once again, Pakistan is getting international attention because of a crisis. For several days, a series of rallies and sit-ins against the elected government closed all shops, banks and offices in Islamabad.

Although a march of thousands over tens of kilometers, culminating in a violent sit-in in front of the Parliament sounds “chaotic,” or like it might be a sign of “a crisis,” and “deepening instability,” a closer look might reveal quite the opposite. Protesters still linger in front of the Parliament, but it seems clear that the current government will survive this ordeal. After more than sixty years of shaky democracy in Pakistan, the current government’s ability to withstand some public pressure and avoid a military takeover demonstrates democracy is firmly taking root in Pakistan.

Pakistanis, like Americans, love to criticize their government and its politicians, but in this case, despite their grievances over the shortage of electricity, higher prices and poor security, the general public did not join the “revolution.” Contrary to the image of massive protests in the streets, the current protests have been staged by two different, relatively small political groups: Pakistan Tehreek-i-Insaf (PTI), led by Imran Khan, with a total of thirty-three seats out of 446 in the two houses of Parliament, and Pakistan Awami Tehrik (PAT), which has no seats in the Parliament.

During the first week of the shut down, I went to a major shopping area. A small ice cream vendor with his portable machine was open. I asked him why he didn’t go closer to the demonstrators, as they were asking for food and snacks. He replied, “No, thank you. I don’t need that kind of a degrading income. I can see beyond the slogans. What they are doing is not in favor of our country.”

The root of the current crisis is far from the media image presented of the people railing against a bad government. Rather, it comes from the ongoing struggle between civilian and military authority.

There was a time in Pakistan’s history when any uprising would become a reason for a military takeover. Once in power, the military would start tampering with the Constitution and maneuvering the Judiciary to legitimize their rule. We have spent nearly half our independent existence under military rule.

In the past, political parties would also maneuver to get the military to undermine their opponents. However, in 2006, towards the end of President Musharraf’s reign, the two main political parties signed a pact called the Charter of Democracy, which not only framed the major structural changes that both parties would support to ensure strong independent democratic institutions, but also prevented them from making deals with the military, no matter who won the election.

After the election of 2008, the agreement held, despite breaches from both sides. By 2010, there was sufficient agreement for all political forces to undertake the difficult exercise of reforming the Constitution. During a year-long process, a committee formed of fourteen political parties ranging from the most secular to most religious, altogether proposing over 100 changes in the Constitution. These were combined in the 18th Constitutional Amendment, which was passed unanimously by both houses of Parliament. The reforms included giving greater autonomy to the provinces, ensuring the independence of the judiciary and many other changes to bring the Constitution back to its democratic form of 1973. One significant change was to eliminate the article that allowed the president to use his discretion to remove any government from power. In addition, the office of the president ceded most of its authority back to the prime minister, further weakening the ability of the military to use constitutional means to undermine a government. The military reacted badly to this, but failed in its attempts to undermine the implementation process.

The current government won a clear majority in the 2013 election with 190 seats in the National Assembly and a total of 204 in both houses. It immediately asserted its role in foreign policy as well as in national security, an area that the military had always claimed as its arena. They also brought the former president Musharraf to trial for his role in undermining the Constitution. This move was also quite unpopular with the military establishment.

The most remarkable aspect of this current crisis, something that has never happened before, is that the opposition parties stood by the government against these attempts to derail the democratic process. Pakistan Peoples Party (PPP), with a total of eighty-seven seats in both the houses, is leading the opposition parties and has assured full support to the government. In addition, most of the intellectuals, media and the general public stood together against this undemocratic attempt to unseat the elected government. Out of a population of over 180 million, barely 20,000 protested. Despite the calls from Imran Khan for the whole country to join him in this “revolution for a New Pakistan,” the public did not join him. A few rallies of his party workers in Lahore and Karachi were held in solidarity, but it appears the nation has seen this clearly as a power struggle and has taken a stand with the elected government, despite dissatisfaction on many issues.

An editorial by a leading newspaper, Dawn, on September 2 concluded: “The army is hardly being ‘neutral.’ It is making a choice. And it is disappointing that choice is doing little to strengthening the constitutional democratic and legitimate scheme of things.”

Political commentators would normally view an outcome where a democratic government held the military at bay as quite a healthy process for an “emerging democracy.” However, it is rare that any analyst these days is able to see the glass half-full when it comes to Pakistan.

Although the crisis is not fully over, it is realistic to believe that Pakistan’s democracy has been strengthened by this. In a country like ours, with huge armed forces and a history of coups, it will likely take years to achieve a real balance between the civilian and military authorities. However, we should give some credit to Imran Khan for creating a situation where all the other political parties in the Parliament, including his own allies, stood in solidarity for democracy. Perhaps this could be the beginning of a “New Pakistan.”

Fouzia Saeed is Pakistan Scholar at the Woodrow Wilson International Center for Scholars and the Director of Mehergarh: A Center for Learning. The views expressed in this article are solely those of the author.