Pakistan's 3 Greatest Leaders of All Time 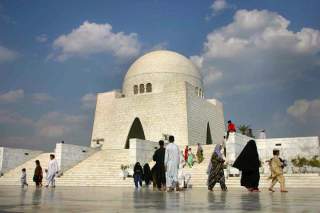 Pakistan, like India, was created from the partition of British India in 1947. It was founded as a homeland for South Asia’s Muslims from the northwestern and eastern wings of British India where Muslims formed the majority of the population.

Born in fire and blood, Pakistan has had a turbulent history marred by political instability, a civil war, a continuous search for its identity, and hostility with India, which should be happy that it assented to the partition looking back in hindsight.

Yet despite all of Pakistan’s problems, it is to the advantage of all countries, including neighboring India, for Pakistan to succeed and become a prosperous nation that leverages its geopolitical position between the Middle East, China, and India, and its cultural position as a repository of South Asian Islam. The alternative would be a disaster for the region and the world, as a nuclear armed-state of 200 million souls descends into chaos.

In writing about a country like Pakistan, it is a hard task to determine who its three greatest leaders were. Unlike India, which had a stable political system, Pakistan has often swung from a presidential system to a parliamentary system to military dictatorship. Almost all its leaders, even great ones, had many flaws. Nonetheless, here are the three Pakistani leaders, who did the most to improve Pakistan.

Muhammad Ayub Khan came to power in 1958 in the first of Pakistan’s many coups. Though this might condemn him in the eyes of many, his strong hand was necessary for stabilizing the new state, which had entered serious drift after the death of its founder Muhammad Ali Jinnah in 1948 and the assassination of his successor, Liaquat Ali Khan. In fact, his time in power is known as the “Great Decade” of Pakistani history.

When he came to power in his 1958 coup, Ayub Khan was faced with a disorganized and weak Pakistani state. He took several measures to strengthen the fledgling state. From the perspective of Pakistan’s interests, Ayub Khan got four things right.

First, he aligned Pakistan closely with the United States while also initiating Pakistan’s close relationship with China. This secured its international position and made it relevant globally.

Second, he strengthened Pakistan’s internal political system by creating a new constitution with a strong president (himself) that kept Pakistan’s feudal lobbies in their places. Khan also restrained the impulses of politicians like Zulfikar Ali Bhutto (who later become Prime Minister in the 1970s) who wanted Pakistan to take a leftward turn, use Islamism, and be harder on its Bengali majority in East Pakistan (later Bangladesh). Khan’s 1962 constitution accepted Bengali as a national language along with Urdu.

Thirdly, Khan also limited the power of clerics and maintained Pakistan as a relatively secular state. He confined the traditional ulema to their limits and rejected the notion that the constitution needed to be drafted by them.

Finally, Khan focused on Pakistan’s economy and infrastructure. The world’s highest highway, the Karakoram Highway, was built between China and Pakistan during his leadership. Khan focused on promoting industrialization and free-market policies and Pakistan’s GNP grew by 45 percent. He also promoted birth control and the use of interest in banking. Later military adventurism and socialist economic policies hurt Pakistan’s upward economic trajectory.

Although Khan was a military man, he understood the necessity of development and economics for Pakistan, which became a more religious, garrison state after him. He did make some major mistakes—such attacking Indian Kashmir in 1965 (egged on by Zulfikar Bhutto) under the false hope that China would come to his aid. After Khan, for the next three decades, many of Pakistan’s leaders screwed up their country royally: Yahya Khan who lost Bangladesh, Zulfikar Ali Bhutto who destroyed Pakistan’s economy, and military man Zia ul-Haq who Islamized Pakistan and got it entangled in Afghanistan.

Pakistan has been an unstable country for most of its history. However, if it does eventually become a normal country, Asif Ali Zardari of the Pakistan People’s Party (PPP) is likely to have played a large part in this. Zardari, widower of the late Benazir Bhutto, is a deeply flawed and corrupt man—his nickname, “Mr. 10 percent,” is a testament to his cut in any government deals and projects. He has also generally been described as insensitive to the plight of ordinary Pakistanis, especially during floods and other hardships.

Yet, Zardari did a great deal during his presidency (2008-2013) in terms of decentralizing executive power and institutionalizing civilian governance. His government was also the first civilian government to actually complete its five year term without a coup or dismissal. The independence of the judiciary and press freedom were restored under his presidency.

In 2010, the government promulgated the Eighteenth Amendment to the Constitution of Pakistan, which turned Pakistan into a parliamentary democracy with a figurehead president like in India, rather than a centralized presidential system which had been used by military dictators like Zia ul-Haq and Pervez Musharraf. Multiple studies indicate that parliamentary systems are less corrupt and more difficult to subvert than presidential systems.

Zardari also pursued closer ties with India and criticized terrorism in Kashmir. Nonetheless, he was undermined in his goals of improving ties with India and Afghanistan by the Pakistani military, which subverted relations with India by allowing the 2008 Mumbai Attacks to take place on his watch.

Nawaz Sharif is Pakistan’s current prime minister and the leader of the Pakistan Muslim League (N), the largest party in its parliament. He previously served as prime minister twice in the 1990s, before being removed by Pervez Musharraf in a coup in 1999.

Sharif is generally considered pro-India and favors improving economic ties with India. In this, he has faced stiff resistance from the Pakistani military, who— for example— launched operations in Kargil in 1999. Nonetheless, Sharif has calculated correctly that Pakistan’s economy cannot improve as long as trade with India remains miniscule and that lasting peace in South Asia is contingent on Pakistan and India reaching an understanding.

Sharif mostly supports the right set of policies for his country, though his effectiveness at implementing them is sometimes thwarted by the military. However, he has worked with the military to reduce terrorism in northwestern Pakistan, which was significantly worse when he came to power than it is now. Having brought Pakistan back from the brink, Sharif’s government has now begun to focus on economics.

As a businessman, he understands the need of investment and development in Pakistan. Without these, the country, which contains hundreds of millions of unemployed poor could literally explode and sink deeper into disfunction and jihadism. During his third term as prime minister, Sharif is working to improve Pakistan’s access to energy resources and privatize ineffective industries. Sharif enjoys close relations with the countries that matter the most to Pakistan in terms of economics: Saudi Arabia and China. China recently announced a major $46 billion dollar investment package for Pakistan. Saudi Arabia has helped Nawaz Sharif out personally many times, including subsidizing his bold decision to hold nuclear tests in 1998, and offering him sanctuary in 1999 after he was overthrown. While widely considered beholden to Saudi Arabia, Sharif showed how cany an operator he is by displaying his independence by not sending Pakistani troops to Yemen at Saudi Arabia’s request. A Pakistan under a leader focused on economic development and avoiding foreign entanglements can only be positive step in the right direction.