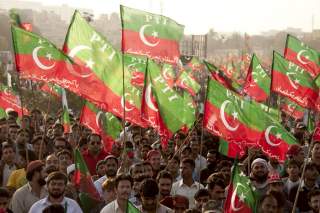 The year 2008 marked the beginning of Pakistan’s third democratic transition. Next year, it will enter its tenth year, as the second civilian government, of this transition, limps toward completing of its five-year term in mid-2018. It will be a symbolic milestone for Pakistan’s evolving democratic process and its checkered constitutional history.

In retrospect, the first democratic transition (1973–77, the era of socialist-populist democracy) took place when Zulfiqar Ali Bhutto became Pakistan’s prime minister, after the dismemberment of the former East Pakistan (present Bangladesh). In 1977, the military dictator Gen. Zia-ul-Haq overthrew Bhutto’s government in a military coup; later Bhutto was given a death sentence in a murder case.

The 1990s, the era of electoral democracy, marked Pakistan’s second democratic transition when four civilian governments (two each from the leading parties, PPP and PML-N) ruled the country consecutively. However, their stints were cut short on one pretext or the other, until then army chief Gen. Pervez Musharraf imposed martial law in October 1999.

Like the first two democratic transitions, the third—the era of democratic consolidation—has also been turbulent and prone to crisis. According to Samuel P. Huntington, a budding democracy goes through two stages to become a mature democracy: the power transition and a consolidation phase. Pakistani democracy in its current form can be categorized somewhere between transitioning and substantive democracy. The power transition in Pakistan has been smooth; however, the consolidation phase has been bumpy. The democratic consolidation requires functional civilian institutions, competent bureaucracy, strong and robust opposition, political choice, a vibrant civil society, and better socioeconomic conditions.

Against this backdrop, the failure of Imran Khan’s Pakistan Tehrik-e-Insaf (PTI, Pakistan Justice Party) to topple the government through street agitation in October, and the last-minute intervention by the Supreme Court to avert a confrontation between the government and PTI, has sparked an interesting debate about the future of democracy and the evolving institutional roles of the state pillars vis-à-vis democratic governance in Pakistan.

The debate is between democratic-constitutionalists and pragmatic realists. The democratic-constitutionalist school of thought attributes Khan’s failure to force regime change to democracy’s resilience. On the contrary, the pragmatic realists consider the military’s indirect praetorian approach to be the savior of the system, not the resilience of democracy; the deep state in Pakistan prefers to keep the system weak rather than pulling the plug on democracy.

The approach of the democratic-constitutionalists is bottom-up, focusing on the micro- and meso-level factors of democracy. Meanwhile, the pragmatic realists take a top-down view, looking the macro-level variables.

The democratic-constitutionalist school of thought comprises Pakistan’s civil society, veteran parliamentarians and the liberal intelligentsia. This school has interpreted the Supreme Court’s intervention as strength of the democratic system. Since the revelations of the Panama Papers, Khan has been demanding a high-powered judicial inquiry into the alleged corruption charges, as mentioned in the leaks, of the ruling party and, if he is found guilty, Prime Minister Nawaz Sharif’s resignation. Until the superior judiciary’s intervention, the government was dragging its feet on the Panama Papers inquiry, assuming the issue would fizzle out with time. Khan threatened street agitation if his demands were not fulfilled.

According to this school, the traditional conception of democracy in Pakistan, confinding it to the binary of civil-military relations, has become redundant. Democracy is not a static concept, but rather has evolved, and in 2016, running Pakistan is a different ball game than it was in the 1990s. The military’s constant injection into civilian politics does not mean that Pakistan’s democratic system is not evolving. A fresh approach is warranted, to understand the nonlinear progression of democracy and the social undercurrents that are shaping civilian governance in Pakistan. Moreover, it is also essential to give some agency to the country’s diverse and complicated political process.

Additionally, the devolution of power, with the passage of the Eighteenth Amendment to the constitution, has made federal units in Pakistan more autonomous. Similarly, the local government elections have further strengthened democratic representation and civilian governance at the grassroots level.

With the institutionalization of democratic norms and traditions, the process of democratization will also improve.

On the contrary, political pragmatists contend that overemphasizing democratic continuity and its capacity for self-correction is overly simplistic. Arguably, the Supreme Court’s last-minute aversion of a showdown between the PTI and PML-N might have saved the democracy; however, the repeated assaults on the democratic system are a bad omen. The damage done to the system by the politics of confrontation is real and incontrovertible.

Notwithstanding the survival of democracy, Pakistani politics has returned to the 1990s. Recalling that era’s politics, it appears weak, divisive, intolerant and self-destructive. Instead of the parliament, Pakistani politicking still plays out in the streets and the media. The biggest casualty of this political agitation is the rupture of a bipartisan working relationship between political opponents and the demise of goodwill that emerged after the Charter of Democracy between the PPP and PMLN was signed in London in 2006.

Political pragmatists believe that the “Kayani doctrine” of indirect interference is still alive, with the Pakistani military establishment remaining in the background and pulling the strings from behind the scenes, instead of direct intervention. For instance, after the paramilitary operation in Karachi, it is the deep state which decides whether the Muttahida Qaumi Movement, the city’s largest and Pakistan’s fourth-largest political party, will be a player in Karachi’s politics or not, and under what arrangement. Similarly, the PPP could stay in power in Sindh sans its cochairman Asif Ali Zardari and his close associates, who are out of the country.

Under the indirect praetorian model, the deep state has expanded its space and role in several areas: internal security policy, foreign relations, the oversight of the China-Pakistan Economic Corridor, FATA reforms, implementation of the National Action Plan through apex committees and the regular issuance of press releases after the Corps Commanders meetings, showing dissatisfaction over misgovernance. The recent political upheaval in Pakistan has further undermined the moral authority of the political class and worked in favor of the military’s narrative: that Pakistani politicians trivialize, politicize and scandalize even the most serious issues of national interest.

In sum, the essence of democracy, which is enshrined in the sovereignty and supremacy of the parliament, is missing. Democratic actors’ agency and autonomy are decided by the deep state, not the parliament. It is granted, not attained and earned.

The intervention of Pakistan’s superior judiciary makes the travails of the third democratic transition even more intriguing. Only history will attest whether the Supreme Court’s decision to become a political arbiter saved democracy, or weakened it. Some legal experts opine that, by taking up the Panama Leaks issue, the Supreme Court has stepped on a political minefield. The court’s arbitration in political matters simultaneously constitutes judicialization of politics and the politicization of the judiciary. As the case proceeds, there will be politicking around the issue coupled with highly charged media discussions.

In the end, if the Supreme Court finds the prime minister guilty, will it sack a sitting PM? In 2012, the superior judiciary under former chief justice Iftikhar Chaudhry sent home Prime Minister Yousaf Raza Gilani. If the court sacks Sharif, this will set a precedent that under the indirect praetorian model, unlike the trend of the 1990s, when the presidents used Article 58-2(b) of the constitution to pack a political order, the court has assumed that role. Short of toppling the government, the Supreme Court weakens a democratic dispensation by unseating the sitting prime minister. On the contrary, if the court does not find the prime minister guilty, will Imran Khan criticize the superior judiciary the way he has done in the past?

So far, Pakistani democracy has survived but not improved in terms of service delivery, quality of governance, participatory development, or strengthening of the democratic institutions and the Pakistani federation—the sine qua non of a healthy and vibrant democracy. Whatever is the outcome of the Panama Papers inquiry, the future trajectory of democracy in Pakistan seems to be a perpetual slippery slope.

Abdul Basit is an associate research fellow at the S. Rajaratnam School of International Studies, Singapore and tweets at @basitresearcher.