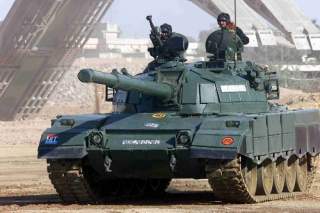 It should come as no surprise that the release of Pakistan’s federal budget on June 5 went unremarked in Washington. Nevertheless, Pakistan’s budget—particularly its defense budget— will quietly attract the attention of American officials and analysts who work this issue because important U.S. interests are engaged in Pakistan.

Pakistan is a large country with the potential to enjoy robust economic growth and attract foreign investment. It is a front-line state in the fight against violent extremism, and it is one of the world’s nuclear powers. The United States, in other words, wants Pakistan to succeed. Its national budget can help or hinder success.

Pakistan’s potential won’t be realized until it is at peace with itself and its neighbors. Pakistan needs to be defended against internal and external threats.  A strong, transparent defense budget that reflects a balanced strategy for national security would advance Pakistan’s national interests. The finance ministry has yet to release the country’s budget documents in full, but based on the few details that have already emerged, it appears that this defense budget will in many respects be similar to those in previous years. It may also offer some surprises.

Two elements of the budget represent continuity with the past—the military spent more in the last year than it was allocated, and this year’s spending increase was similar to past increases. According to the Budget in Brief, the country spent $7 billion on defense affairs and services in FY 2014-15. This is almost $200 million more than the military was allocated. Since 2008—when the government first began releasing reasonably substantive budget documents—Pakistan’s defense spending has always run over-budget. Consistently going over-budget is problematic, particularly as fiscal consolidation has been a central pillar of the current government’s economic agenda.

The defense budget grew from $6.1 billion (629.8 billion Pakistani rupees) in FY 2013-14 to $7 billion in FY 2014-15—a 14.7 percent increase. This is the largest year-on-year percentage increase since 2012, and it reverses a trend in which the defense budget had been growing at a slower pace over the past eight years. Although in real terms the spending increase is not as significant—a decline in global oil prices has reduced year-on-year inflation to 3.2 percent as of May 2015—it is still in keeping with long-term trends in Pakistan. The proposed budget for FY 2015-16 of $7.6 billion is $390 million less than what the Pakistan Tehreek-e-Insaf’s shadow budget proposes.

There appear to be a few surprises in this year’s budget. First, the military spent nearly twice its allocated development budget in FY 2014-2015. While it was allocated $22.1 million under the Public Sector Development Programme (PSDP), the military actually spent $41.9 million. While this represents less than 10 percent of total defense spending according to the government, going 100% over-budget is problematic on any scale.

Second, a recent report suggested that the development budget for the Pakistan Atomic Energy Commission (PAEC) has been cut in half from $578.9 million to $296.8 million for FY 2016. While the report has not yet been confirmed, this is noteworthy not only for the size of the cut, but the fact that there was a cut at all in a key component of Pakistan’s nuclear program. According to past budget documents, the PAEC’s overall budget has increased steadily since 2008.

In all likelihood, Pakistan’s defense budget is higher than what the official documents indicate. First, the defense budget has not included pensions since the early 2000s. In the first years of the most recent Pakistan People’s Party government, the issue of where to place military pensions became the subject of parliamentary debate. In a 2010 meeting of the Public Accounts Committee (PAC), then-parliamentarian and current defense minister Khawaja Mohammad Asif reportedly said, “Whom we are trying to fool by showing military pension budget as part of civilian budget?” The entire fund in 2010 reportedly amounted to roughly $704 million.

It will be possible to conduct a more comprehensive analysis of defense spending once the government releases more detailed budget documents to the public in the next few weeks. Although Senate Chairman Raza Rabbani was recently quoted as saying that parliamentary debates on the specifics of the defense budget should remain secret, a more transparent budget process strengthens democracy and thereby national security. With more information, observers might be able to find answers to questions that have already emerged from the release of top-line spending figures. Perhaps most importantly, the Pakistani people will be able to debate the budgetary trade-offs necessary to enhance national, economic, and social security.

Shane Mason is a research associate at the Stimson Center in Washington, D.C.