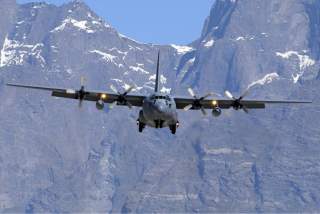 Pakistan is often characterized as a belligerent, unyielding, and destabilizing force in international affairs. But despite longstanding and widespread negative perceptions, Pakistani behavior and strategic culture is changing for the better in important respects, as recently exemplified by anti-Taliban operations in the country’s North Waziristan region and thawing relations with the United States and Afghanistan.

The reorientation of Pakistan’s national security policies remains little noticed because media coverage of Pakistan is crisis-driven and narrowly focused, often overlooking longer-term trends. Pakistan is still routinely chastised for inadequately demobilizing militant groups, overspending on its military (both conventional and nuclear forces) relative to its social needs, and trading accusations with India without initiatives to improve relations.

Though there is merit to these negative critiques, at the same time Pakistan’s security policies have experienced striking but underappreciated shifts since 2001 along three dimensions—aggressive behavior, strategic orientation, and self-examination. These shifts warrant a reexamination by international security analysts of their of assumptions about Pakistan and their theories of strategic stability and instability in South Asia.

Aggressive or “belligerent” Pakistani behavior toward India has been significantly reduced.

Overall violence on the Indo-Pakistan border has declined due to substantial reductions in militant activity and cross-border firings, based on open-source data, including that of the government of India. While some Indians primarily credit stability in the disputed Kashmir region to India’s counterinsurgency campaign, much of it is due to Pakistan’s strategic shifts over the past decade. Pakistan still supports Kashmiri separatists, but infiltration attempts, violent incidents, and fatalities have all steadily decreased by over 90 percent since 2001.

Observers also rightly credit the Indian-constructed fence along the Line of Control (LoC)—as the de facto border is known—for the precipitous drop in infiltration and violence in Kashmir. But many analysts acknowledge Pakistan tacitly abetted fence construction with restraint for years after signing a 2003 ceasefire agreement. Moreover, as much as 30 percent of the fence deteriorates every winter, and rebuilding requires further Pakistani tacit cooperation. To put the importance of the ceasefire into perspective, cross-border firing dropped from a peak of 5,767 incidents in 2002 to zero in 2004 and remained below 100 annual incidents through 2011. Although cross-border violence has been on the uptick over the past three years, it remains at less than one-tenth of 2002 levels.

The exceptions to this trend—the 2001-02 “Twin Peaks” crises and the 2008 Mumbai terrorist attacks—are often cited as evidence of increasing Pakistani bellicosity. While these events were dangerous, tragic, and justifiably condemned, they need to be understood in broader historical context. Focusing on these high-profile events apart from decades of Pakistani-sponsored militancy in Punjab and Kashmir, overlooks the fact that they occurred during a general decline in violence. Pakistan’s support for violent separatists on Indian territory stretches back to the 1950s Naga insurgency. Violence perpetrated by Pakistani-backed Khalistani and Kashmiri militants in the 1980s and 1990s—potentially retribution for East Pakistan—was also far more intense than militancy over the past 15 years.

Some Indian analysts even grudgingly acknowledge the difficulty of Pakistan’s internal militant challenges and that the absence of major attacks since Mumbai suggests militant groups like Lashkar-e-Toiba have been temporarily leashed. Though hardly a solution, curtailing these militant groups’ activity may be the best near-term option, as disarming and excising all militant groups will be a long, difficult, dangerous process, since many have embedded deep within the fabric civil society.

Pakistan is gradually pivoting away from competing conventionally with India to turn inward and seriously tackle domestic threats.

A strategic reorientation is evident in Pakistani defense resourcing, procurement, deployment, and operational choices since 2001. Based on open-source data, defense allocations declined substantially over three decades. While India always held advantages in personnel and resources, Pakistan historically sought to compete with inordinately high defense budgets. In the 1980s—when subsidized by U.S. military assistance—Pakistan spent an average of 6.5 percent of gross domestic product on defense. When U.S. assistance dropped sharply in the 1990s, military spending reduced to 5.5 percent of GDP, but when U.S. assistance spiked again in the 2000s, defense spending still fell to average 3.3 percent of GDP. Even if partially supplemented by U.S. military assistance, this decline is meaningful because the military’s operational demands on its Western borders grew considerably over the past 15 years.

Though Pakistan continues to invest in conventional defense, the rate of major weapons procurement and replacement has slowed considerably. From the 1950s through the 1990s, Pakistan’s offensive arsenal (tanks and combat aircraft) grew roughly 50 percent per decade, but in the 2000s, this growth slowed to roughly 7 percent. With the lion’s share of the defense budget being consumed by salary, rations, and increasing operational costs, only 22 percent is left for procurement. In contrast, Indian procurement spending constitutes 41 percent of a defense budget that is as much as five times larger. Pakistan leveraged its partnership with the United States to also acquire sophisticated weaponry, like F-16s, combat helicopters, and armored personnel carriers. But while these platforms proved essential for Pakistan’s counterinsurgency operations in rugged tribal area terrain, they did not confer conventional parity with India.

Pakistan’s internal threat from domestic militants—due in part to blowback for past Afghan policy choices—has caused Pakistan’s military to add or redeploy roughly 155,000 troops to its western border since 2001, intensify its counterinsurgency operational tempo, and consequently diminish its appetite for conventional competition with India. Though Western policymakers often castigate Pakistan for not doing more to fight terrorism, since 2008 Pakistan has gradually but steadily expanded military operations against more militant groups despite mounting costs.

The price to tackle Taliban militancy has been high: 60,000 civilian casualties, $100 billion in estimated direct and indirect economic losses, and over 4,000 military fatalities (out of an estimated 10,000 total security force fatalities). Additionally, in 2011, Pakistani officials acknowledged that the Army had lost two brigades’ worth of personnel to fatalities or permanent disability and temporarily lost the operational capacity equivalent to two Army divisions.

A fundamental evolution in Pakistani strategic culture appears to be underway.

Pakistan’s officer corps and national security experts have engaged in significant self-examination in their strategic literature over the past 15 years. Perceptions of—and concern about—India’s hostile intentions and expanding conventional capabilities have not substantially changed. Yet a vibrant debate is being waged over Pakistan’s fluid security environment, the foundations of national security, how to respond to a rising India, and the relative priority of its internal threats.

Alongside relative declines in defense spending, new thinking expressed by officers in leading Pakistani military publications like The Citadel, NDU Journal, Pakistan Defence Review, and Pakistan Army Green Book has endorsed austerity measures; emphasized economic growth, technology, education, and management of water and energy resources as prerequisites for national power; and warned against an “economically destructive” conventional competition with India. Worried about the mounting costs and tradeoffs of Pakistan’s current national security posture, some officers have proposed heavier reliance on a more “cost effective” nuclear deterrent to “cover the gap” or openly considered rapprochement and normalization of relations with India. Some very senior Army leaders have also expressed openness to the latter approach.

The Pakistan Army’s strategic culture is likely being reshaped by the changing threat environment and is expressed in strategic writings. A generational divide may be emerging between senior and midlevel officers over the relative priority of internal versus external threats, triggered by rising officers’ decade-long operational experience with counterinsurgency deployments. Evidence of shifting priorities is found in the biennial Pakistan Army Green Book, which reveals how the Army understands and operates in the world. Recent essays—mostly written by Pakistani Colonels and Brigadiers, some of whom have ascended to the highest ranks of Corps Commanders—have concentrated on unconventional, internal threats as much or more than the traditional rivalry with India. The 2006 issue on “Terrorism” unsurprisingly concentrated on these issues, but over 70 percent of articles from the 2008 issue on the “Future Conflict Environment” and the 2010 issue on “Information Warfare” also reflected on internal security threats. One 2008 article openly acknowledges that the Taliban insurgency “is likely to be the most formidable threat faced by Pakistan in the near future.” In a 2006 article in The Citadel, published by the Command and Staff College, one Colonel suggested that “Pakistan does not face [an] external threat as much as it does from within.”

Pakistan’s strategic shift may have positive implications for stability in the region.

What is puzzling is that this evidence of declining aggressiveness toward India, a reduced budgetary share for military spending, and a reorientation of perceived threats facing Pakistan has come during a period when leading theories of international security least predicted it. Many scholars anticipated Pakistan’s “nuclear shield,” acquired in 1998, would embolden it to intensify aggression, at least at the sub-conventional level. (Similar fears, citing Pakistan as a precedent, have also been invoked to justify preventive actions against nuclear aspirants like Iran). Nevertheless, Pakistan’s strategic behavior over the past 15 years challenges this conventional wisdom.