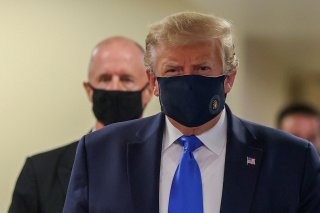 Social scientists like myself tend to play down the role of personalities in history, instead paying more mind to social forces. They scoff at the media’s penchant for according headline treatment to every small move and utterance by the head of state. President Donald Trump is forcing me, and maybe quite a few of my colleagues, to reconsider that position. His unique personality has surprisingly great effects on the nation’s course and even its institutions. Following his instincts has served him well so far. However, these very instincts are causing him to make a major misjudgment, one so colossal that it will end up defining his presidency.

Initially, social scientists tended to view Trump’s rise and presidency mainly as an expression of the resentments of the segment of the population that is white, working-class, and without a college education (which tends to make graduates more liberal). This group of people came to view themselves as a persecuted minority, deprived of their rights by affirmative action, immigrants, and an overbearing government. Sociologist Arlie Russell Hochschild spent five years living with and studying Tea Party voters in Louisiana, many of whom later became Trump voters. She has shared her findings in Strangers in Their Own Land: Anger and Mourning on the American Right. She asked those she interviewed what they felt about the following narrative: “You are patiently standing in the middle of a long line stretching toward the horizon, where the American Dream awaits. But as you wait, you see people cutting in line ahead of you. Many of these line-cutters are black—beneficiaries of affirmative action or welfare. Some are career-driven women pushing into jobs they never had before. Then you see immigrants, Mexicans, Somalis, the Syrian refugees yet to come. As you wait in this unmoving line, you’re being asked to feel sorry for them all. . . . The government has become an instrument for redistributing your money to the undeserving. It’s not your government anymore; it’s theirs.”

The interviewees offered minor adjustments, however, they emphatically stated that the narrative accurately described their feelings. Also, these Americans felt snubbed by the liberal elites, not without reason. They have not forgotten that Hillary Clinton called them deplorable. Long before Trump, they had media demagogues, like Rush Limbaugh, Glenn Beck, and Bill O’Reilly, egging them on.

This group of Americans comprise at least a third of the public, and many others share some of their sentiments. Trump did not study this group nor develop a strategy to appeal to them. He speaks for them, in their voice, instinctually. He seems to share many of their feelings and amplifies them with a daily stream of statements that legitimate their biases, further supported by Fox News and others in the rightwing media. Trump has made views once whispered about over the dinner table, after the guests were gone, into statements that a person can safely shout from rooftops, conspiracy theories included. (Some of this shift can be traced to technology, particularly to the rise of social media, as chronicled in Antisocial: Online Extremists, Techno-Utopians, and the Hijacking of the American Conversation, by Andrew Marantz.)

Over the course of his presidency, however, it has become ever more evident that Trump is doing much more than giving a voice to White people who consider themselves a deprived minority. He has been using the decades-long growth in presidential powers, and the diminished checking powers of Congress and the courts, to introduce major changes in the way the United States is governed—eroding the guardrails of democracy.

Historians may have downplayed how Trump undermined American democracy, had he taken charge of the fight against the coronavirus, saved many thousands of lives, and curbed the economic devastation. I predict that Trump increased the harm and that fact will take top billing. It will be an account of a president whose instincts served him well until they led him to make a mistake of truly historical proportions—namely, his decision to grant priority to reviving the economy over fighting the pandemic. This mistake is a result of Trump’s tendency to view the world through the lens of a businessman, leading him to assume that a humming economy is more important than public health.

Trump’s tendency to view the world through dollar signs is well known. Thus, his main interest in the large-scale military exercises the United States conducts each year with South Korea has not been their effects on U.S. relations with North Korea—or whether they are needed in the first place—but what they cost. Trump’s main concern about NATO has not been whether it needs beefing up (given increased Russian assertiveness) or whether it has outgrown its usefulness. His main interest was ensuring that the US pays less, and EU nations pay more, for NATO upkeep. In dealing with China, Trump tends to focus on trade rather than on the question of whether we should veer into a Cold War with this rising superpower or seek to collaborate with it, especially in fighting the pandemic. In a recent tweet about removing troops from Afghanistan, he suggested that the Taliban actually wants the U.S. troops to stay in their country because the Taliban is making money off the U.S. presence!

After U.S. intelligence agencies, the State Department, the Defense Department, and Trump’s leading trade adviser, Peter Navarro, warned him about the coming pandemic in January, Trump famously decided to play it down. When Trump finally agreed to support policies to attempt to curb the pandemic, he did so reluctantly and halfheartedly. He left it to the governors to take the main lead. Within weeks, he started pushing to reopen the economy, well before testing and contact tracing had reached the necessary levels for safe opening. With this decision, Trump is drawing on his instinct that his political future will depend on the state of the economy rather than that of public health. It is a misjudgment of such a magnitude that it may well play a key role when historians judge his administration, as it will cost many American lives.

My prediction is based on the fact that those leaders of other nations who took early and firm steps to fight the pandemic, whatever the economic costs, are doing very well politically. A telling example is the Prime Minister of Israel, Benjamin Netanyahu, whose popularity was declining before the pandemic broke. He is widely credited with locking down Israel early and introducing widespread testing and contact tracing, resulting in a very low level of death, though he seems to have reopened too quickly. The same holds for German chancellor Angela Merkel, whose approval rating rose from 53 percent (in February) to 68 percent (in May); New Zealand’s Prime Minister Jacinda Ardern, who has an 87 percent approval rating for her response to the pandemic; and South Korean president Moon Jae-in, among others. All these countries have suffered some setbacks recently but still are doing vastly better than the United States.

Oddly, even now, it may not be too late. If Trump did an “I have been lost but now I have been found” turnabout; admit that he underestimated the challenge we face but now see it.  Wear a mask and state that he views wearing it as a sign of good fellowship; work with Congress to bring about massive testing and contract tracing (programs he now is seeking to cut); order corporations to manufacture medical supplies we still short; and let the virus tell us when we can open the economy, as White House coronavirus advisor Anthony Fauci puts it—quite a few voters may return to the fold. But Trump seems so keen on disrupting, that he has settled on the ultimate target, himself.

As I see it, there is no way on earth for Trump to get most people back to work and make the economy hum within the next few months. One must take into account that many voters make up their minds long before November and tend to judge the state of affairs by what they are experiencing, rather than what politicians tell them the economy is doing or will do next year. It is impossible to run an alternative history to establish what Trump’s standing would have been if he had chosen to lead the fight against the pandemic. But one can imagine that, if he followed the course of others who chose to take a strong proactive and public-health-centered approach (and if he miraculously showed some true empathy for all those who mourn and suffer), it is quite possible that many who are critical of many of his other actions may have forgiven him and voted for him.