The Path Forward in Iraq: What Robert Jervis Thinks 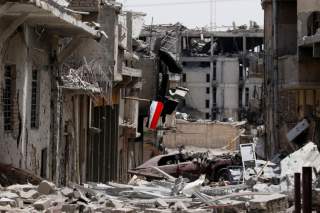 Editor’s Note: This is a submitted response to The National Interest’s symposium on Iraq after sixteen years of war. Check out all the responses we gathered here.

Most people seem to have forgotten about the invasion of Iraq, but they shouldn’t. We still lack a full accounting of the errors that produced the war, those who told us that it was necessary and would be cheap still get copious airtime, and we have yet to fully reckon with its consequences.

A good first step would be a commission of inquiry like the one the United Kingdom conducted (the Chilcot Report) that produced voluminous documentation and judicious analysis. A fuller picture of how and why the Bush administration took us into war could provide both some accountability and lessons concerning deliberative processes, civil-military relations, and prevailing ideas about international politics. The intelligence community benefited from multiple post-mortems and although some of the reforms were misguided, it seems clear that analysis is now more careful. The rest of the policymaking apparatus has not received this kind of scrutiny.

One does not have to exaggerate the stability of the Middle East before the invasion to believe that we made things worse. Whether Iraq is better off is debatable and depends in part on which Iraqis we are talking about. From the standpoint of the American interest, however, four bad consequences are clear. First, the invasion, justified partially on anti-terrorism grounds, has inspired terrorists around the world. The United States is now engaged in fighting them not only in the Middle East, but in multiple African countries. Whether American security requires doing this is debatable, but it is unlikely that these groups would have spread without our invasion. Second, although the links between the war and the Syrian Civil War are more tenuous, the Islamic State was spawned by the intra-Islamic divisions that the invasion and botched reconstruction magnified. Third, had resources and attention not been diverted from Afghanistan, it is at least possible that the United States could have facilitated the establishment of a much more stable government. Fourth, Iran was the main beneficiary of our destroying its regional rival.

All this is aside from the cost to the United States in terms of dollars and, even more, lives. With a greater understanding of post-traumatic stress disorder, we are seeing that the damage is much greater than the original casualty tolls.

Of course, bad things might have happened had we not gone to war, but the most sensible verdict at this point is that the invasion of Iraq was a disaster, and we have yet to experience its full effects.