The Peace Proposal in Russia: Shadows of Versailles 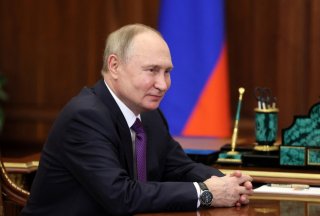 The peace deal offered to Russia resembles an ultimatum. Although armaments from the West appear to be stalling in supply, and the “winter of discontent” looms, there is a belief that the Russian nomenklatura, besides President Vladimir Putin, has lost the stomach for the war. The proposal (transmitted through a Ukrainian contact) has been drawn up by “some” western countries (a euphemism for the United States) and has been initially accepted by the Ukrainians. The cards on the table for Russia make interesting reading. In this agreement, there is a complete cessation of hostilities and a withdrawal of troops from Ukraine (including Donetsk and Luhansk) by Russia. The thorny question of NATO will be postponed and Ukraine will join “after a minimum period of seven years.” A 100-kilometer-wide “security zone” will run along the borders of Russia, Ukraine, and Belarus, and will be policed by six western countries. Crimea will become a neutral area and the Russian navy would leave the Black Sea. This would be renegotiated after seven years. Russian nomenklatura and families will be given immunity from prosecution. This is perhaps the carrot to tempt the Russian elites to ditch Putin, or at least force him to play ball. It is certainly a better deal than Versailles or Nuremberg. Yet the cards on the table would mean certain defeat and humiliation for Putin. The proposal, along with large swathes of Western media, also presumes Putin is out of chips to play.

There are several things wrong with the presumptions of this leaked “peace deal.” Firstly, Putin, will not escape dismissal or worse. He is playing high stakes; he’s the Cincinnati Kid with one last throw of the dice. He now has little to lose by extending the conflict. Bearing in mind it is not the Russians suffering from a lack of gas, they may be hunkering down for the winter freeze and waiting to see the post-thaw reality. That reality could be the West in a huge recession and associated social problems. Secondly, although the deal appears to give the Russian elites an escape route and immunity from prosecution at the Hague, it says nothing about ending the economic sanctions against these individuals or sanctions against Russia more broadly. With Qatar signing a gas deal with China this week, it may seem to an increasingly isolated Russia that they have nothing to lose by extending the war.  Increased isolation and humiliation never worked very well at Versailles; it only increased historical grievances.

Putin has, for all intents and purposes, rejected the “peace deal” with the continued bombing of Ukrainian infrastructure.  Perhaps it is intended to force a better deal; there is a standoff with Ukraine pushing for a continuation of the fight. We haven’t the gravitas of the past, the Metternichs or the Talleyrands, or the Kissengers. We have an elite of career civil servants running the show. At Tilsit in 1807, Napoleon and Alexander refused to visit each other; so a raft was built on the river Neiman in the middle of two grand armies, where they spent several days ironing out an agreement, to the detriment of Prussia. The deal on the table for Putin, however, appears like a continuation of a “Continental System” of sanctions and the isolation of Russia. The primary aim of the United States is to weaken both the German-Russian economic bloc and thwart any Russian ambitions in Eurasia. Ukraine is merely the raft upon which the realpolitik is played out on. At Tilsit, in the evenings after negotiations, Napoleon and Alexander dined together, and exchanged cravats, they walked together, holding hands, and trading small talk. Although we can hardly imagine Joe Biden and Putin waltzing around hand in hand, there needs to be a rapprochement.

The Russian vision of a bipolar world, one which has risen to challenge the hegemony of the United States’ unipolarity, arises from two sources. One is the “fall into history,” an extension of Patocka’s turn, the Spenglerian vision of the decline of the West. This is a philosophical and cultural turn. It can be seen in Russia, in the rise of populism in the west, and the growing zeitgeist, in some parts of the world, of liberalism as a valueless construct. The other is the imbalance and colonial nature of the unipolar perspective; that neoliberalism is presupposed on a global deracination of labor. In this vision, labor is switched from local concerns to international capital; Foreign Direct Investment (FDI) and nongovernmental organizations (NGOs) become the simulacrum of reality. Putin is manipulating these tendencies and, with China, is playing the long-term economic game of Xiangqi—the ancient Chinese board game—the object of which is to surround your opponent by attrition, rather than a knockout blow. We are approaching the notion of the Thucydides Trap; where the new ascendant Chinese power attempts to displace the traditional one, in this case, the United States. The United States is drawn into the commitment to Ukraine, all to the benefit of China. This confused U.S. foreign policy will now focus on a pushback of the Chinese economic diaspora; an attempt to force Europeans to ditch the Huawei 5G schema and dismantle the Belt and Road Initiative, for example.

It is not that this bipolar world is inherently unstable compared to the unipolar world. History is unstable. The existential threat is technology or technics. The high-stakes card games are existentially threatening for the reasons of precarity, through ecological limits and nuclear weapons. The technological world replaced the natural world in the post-Enlightenment material and rational epoch. The West is at the precipice, at Nietzsche’s abyss, standing adrift on the tightrope.  On the other side is the “ubermensch”, the “Superman” and Nietzsche’s view that a new form of humanity can be grasped. This new humanity was to replace Christianity, yet the Faustian pact with materialism has left man dangling and helpless.

Brian Patrick Bolger studied at the London School of Economics. He has taught political philosophy and applied linguistics in universities across Europe. His articles have appeared in The National Interest, The Montreal Review, The European Conservative, The Salisbury Review, The Village, New English Review, The Burkean, The Daily Globe, American Thinker, and Philosophy Now. His new book, Coronavirus and the Strange Death of Truth, is now available in the United Kingdom and United States. He can be reached at [email protected].