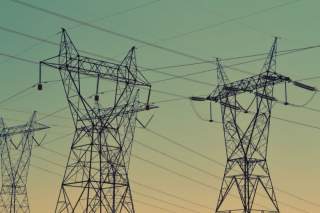 It could be fair to say 2016 has been unkind to the District of Columbia. While the rest of the nation debates who to send to Washington, some Washingtonians wonder whether or not they can go to work. After the city’s lackluster response to January’s blizzard left local businesses in the lurch for days, it kicked off summer with a months-long maintenance program aimed at finally stabilizing the region’s deadly and underserviced subway system. This week, downtown businesses and their patrons added one additional item to their infrastructure woes: Pepco, the region’s electricity company.

Monday’s late-night transformer fire near the Farragut North Metro Station has caused a two-days-and-counting headache for local business. Nearly 48 hours after the blaze was put out, Pepco’s customers are still without power, with no recourse but empty reassurances and a sliding goalpost for when normal operations might resume. This magazine is among the impacted entities; the latest update from our building, via the local business district, is that Pepco refuses to commit to a specific time that power will be restored or even to say that it will be back by tomorrow morning.

While the Washington Post’s original report stated “about 100 Pepco customers were without power” in the aftermath of Monday’s fire, this figure does not capture the full implication of the disruption. The affected area includes one of the most heavily trafficked parts of downtown DC and is home to several large and small businesses with, NBC Washington reports, about twelve thousand employees. Without power, tenants have been forced to suspend operations, with little information about when service might be restored. That’s particularly rough news for employees of the many retailers located here - will they be able to make ends meet with fewer hours this month?

Normally, one would expect a situation like this to be treated as a crisis: a measurable share of the city’s labor force out of work, critical infrastructure failing just blocks from the White House. But that is not normal for Washington, D.C. - indeed, the complete lack of shame, the failure to take responsibility for failure is familiar here. This is, after all, a city whose roads look like they have just been bombed and whose subway system is a national disgrace where safety procedures had to be taken under direct federal control due to what one National Transportation Safety Board investigator diagnosed as “a severe learning disability” on safety.

There is a common thread in these problems: all of these failing enterprises, whether public or private, are compelled to work closely with the District of Columbia’s city government. Since Congress handed over much of its (Constitutionally granted) power to administer D.C.’s affairs in 1973, the city’s mandarins have been synonymous with corruption and ineffectiveness. And they have displayed a constant enthusiasm for quixotic measures to subvert the Founding Fathers’ intentions, whether on statehood or on the right to bear arms. And it may be the same story today: the same city government that cannot make time to take serious action when the core of the business district loses power, when protesters shut down major streets, or when the city’s subways become dangerous has time to exercise Venezuela-style central planning of its utilities, making it more difficult for the utility to pay for measures to make electricity more reliable. The city has also repeatedly tried to interfere in the utility’s merger with a larger energy corporation until it bowed to “clean energy” targets (we use the scare quotes because the larger corporation uses nuclear power, one of the cleanest forms of energy in existence). And so, as we face a potential third day without electricity, should we blame the company - or its meddling city overseers? And as the many tourists from abroad who come through our neighborhood on the way to the National Mall and other world famous landmarks see the shuttered shops and darkened offices, will they ask: is this really the capital of the free world?