The Plan to Save America from Bankruptcy 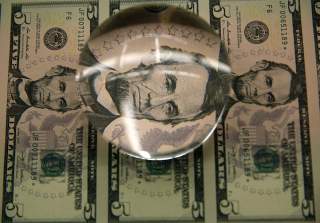 In November 2017, Howard Shatz highlighted a problem that the United States continues to avoid at its peril: the enormous—and swiftly growing debt accrued by the federal government. Shatz concluded his realistic assessment with this observation:

Without a serious approach to the deficit and debt, the United States faces a future of slow economic growth, reduced military spending, growing challenges to its credibility as a security partner, and reduced international influence.

How Washington handles America’s fiscal problems will, indeed, define the future of the United States as a superpower and as a country. If Americans remain unwilling to control the national debt level, Washington will lose its ability to shape the international system—a situation that would ultimately threaten America’s viability as a nation.

As put by the U.S. Congressional Budget Office (CBO), “A large amount of debt could also harm national security by constraining military spending in times of crisis or limiting the country’s ability to prepare for a crisis.” As Shatz points out, every CBO long-term budget outlook since 2011 has carried a similar warning.

While Shatz accurately diagnoses the problem, his proposed solutions are short on specifics. Enter The Heritage Foundation’s FY 2019 edition of Blueprint for Balance. It offers a clear and precise way to address America’s budgetary shortcomings and balance the budget in fewer than ten years.

The Root of the Problem

In April 2018, the CBO published its latest Budget and Economic Outlook. The projections paint a grim picture of the current budget course, which if left unchanged will seriously threaten funding for not just defense, but all “discretionary” federal programs.

The CBO projects that, by 2020, the deficit will grow to more than $1 trillion annually, an increase of $233 billion from the latest projection. By 2028, annual deficits could reach more than $1.5 trillion annually, with no sign of slowing down. The 10-year cumulative deficit is projected to be $12.4 trillion, over $2 trillion higher than last year’s CBO estimates.

The national debt is projected only to get worse as well. At the end of 2017, publicly held debt sat at $14.7 trillion. The CBO projects that, by 2028, it will nearly double—to $28.7 trillion. At that point, the debt will stand at 96.2 percent of GDP, the highest point since World War II.

Deficit spending does not come cheap either. In 2017 the federal government spent $263 billion on interest payments for the national debt. That number is projected to rise to $915 billion annually over the next decade. Unless immediate steps are taken to control the rising debt, interest payments are projected to outpace defense in 2023.

The biggest problem with the federal budget lies with a subset of mandatory or so-called "auto-pilot" programs. About one-third of the annual budget is classified as "discretionary" spending, meaning that it is subject to the annual appropriations process. In theory, it is much easier to adjust spending levels for "discretionary" programs. The remaining two-thirds of the budget consists of auto-pilot spending, meaning that no annual act of Congress is required to provide funding. Generally, funding for these programs is formulaic and is adjusted each year automatically, usually upwards.

Mandatory spending consists mainly of programs like Social Security, Medicare, Medicaid, and other income security programs. While mandatory welfare programs should be reformed for a variety of reasons, they are not what’s driving spending and debt. Social Security and healthcare programs are driving all of the short and long-term growth in nominal federal spending. For instance, by 2028 they will consume 73 percent of all revenues. Moreover, when combined with interest payments on the debt, that number climbs to over 88 percent.

In other words, defense and other discretionary spending are quickly being crowded out by growing spending on Social Security, healthcare programs, and interest on the debt. In 2017 the CBO projected that by 2039 these programs would consume all federal revenues, meaning that by the time the federal government paid for Social Security, health entitlement programs and interest on the debt there would be nothing left for national defense or any other program.

The current budget and direction are not sustainable and, as the CBO says, it will eventually "have significant negative consequences, both for the economy and for the federal budget," increasing the likelihood that all federal spending, including national defense, could face steep cuts in the future.

The Answer to the Problem

Congress and the executive branch have repeatedly ignored the CBO’s warnings, driving the country closer to a fiscal disaster and leaving less time to correct the direction of the budget. However, it’s not too late to begin altering the budget’s path through reforms that will bring spending under control and reshape the role of the federal government. To do this though, Congress and the president will have to act now, passing a budget and pursuing reconciliation legislation that will make immediate changes to the programs driving spending growth and the national debt.

The Blueprint for Balance shows them how to get back on a balanced budget and start lowering the national debt. To do this, the Blueprint redefines the current role of the federal government, focusing spending on fulfilling its constitutionally-defined role and eliminating programs that fall outside that scope or favor special interests. In the process, it balances the budget by 2024 and cuts over $11.9 trillion from federal deficits over the next ten years. It stabilizes the federal debt as a share of the economy and then puts it on a downward path over the long-term. By 2028 debt to GDP in the Heritage budget would be 23 percent lower than in the latest CBO projections.

The Blueprint does this by focusing on policies aimed at growing the economy, ensuring a strong national defense, promoting free enterprise, and allowing individual freedom to flourish.

By implementing these policies outlined in the Blueprint, the United States would:

- Reform entitlement programs, the biggest drivers of federal spending and debt. Spending on Social Security and healthcare programs is growing unchecked. In just over twenty years they are on pace to consume all federal revenues. This is in addition to the fact that these programs are unsustainable in their current form. For example, the latest Medicare and Social Security trustees’ reports project that Medicare will be insolvent by 2026 and the Social Security Trust Fund will be depleted by 2034.

The Blueprint would: repeal Obamacare; modernize Medicare by transitioning to a premium-support system and making key reforms to meet demographic, fiscal, and structural challenges; cap the federal allotment for Medicaid and give states greater flexibility in designing benefits and administering the program; shift a greater share of the responsibility for welfare programs to states; and make common sense reforms to Social Security to ensure seniors are protected from poverty in retirement while accounting for increased life expectancy and reducing the growth in benefits.

- Prioritize national defense spending and cut wasteful programs. This budget would reject the irresponsible non-defense spending increases implemented by the Bipartisan Budget Act of 2018 and revert 2019 spending to the levels set in the original Budget Control Act.

However, it would also get rid of the firewall between defense and non-defense discretionary spending, allowing Congress to appropriately prioritize national defense without busting the budget caps. This is accomplished through eliminating programs that: benefit special interest groups at the expense of taxpayers; would be more effectively and appropriately administered by the private sector or state and local governments, and don't fall under the federal government's core constitutional responsibilities.

- Reforms the broken budget process. The current budget process is dysfunctional, making it impossible for departments and agencies to engage in long-term budget planning. Continuing resolutions and omnibus appropriations bills create budget uncertainty. This is detrimental to all agencies, but particularly defense.

The Blueprint outlines a series of reforms to create a more accurate, accountable, and transparent budget process. One such reform is a statutory spending cap on all non-interest spending that would be enforced through sequestration. This would help further reduce spending growth and ensure that the country lives within its means.

In the long-term, the budget calls for a balanced budget amendment to the Constitution to ensure that lawmakers cannot backtrack on statutes aimed at controlling spending. The problem with legislative actions such as a statutory spending cap is that they are only as strong as Congress’ will to cut spending and abide by the law, something that has fallen short with past spending controls. A constitutional amendment would make it much harder to increase spending.

The Blueprint also identifies steps to stop the use of budget gimmicks, eliminate spending for unauthorized programs, and account for interest costs when scoring legislation, among others.

- Bring spending under control. Under the Heritage proposal, growth in spending would slow to an average of 3.1 percent per year—well below the CBO’s baseline assumption of 5.5 percent annually.​

Implementing the Blueprint for Balance would reverse the nation’s unsustainable budget course, putting debt on a downward trajectory and ensuring resources are available for the nation’s most important priorities.