Play the Long Game with Russia 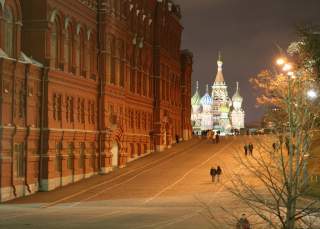 The United States must sustain strategic patience in relations with Russia. We cannot, nor should we attempt to, force a change in Russia’s foreign-policy behavior or its domestic institutions. This means avoiding responding to provocative language, but seeking opportunities for specific cooperation where possible. For the most part, this is the policy that the Obama administration has pursued, and we should continue it.

The United States must explicitly and repeatedly declare that it does not seek “regime change” in Russia, and insist that Russia is deliberately creating a straw-man argument when it claims that we are doing so. Rather, we should explicitly endorse evolutionary change that brings about greater transparency and accountability in Russia. For example, we should explicitly support the regime’s avowed goal—pursued more in the breach than in fact—to diversify and upgrade the economy. A healthy Russian economy enjoying solid trade relations abroad benefits both Russia and the rest of the world.

Rhetoric matters, but it has to be backed up consistently with actual behavior. Gratuitous gestures, such as Assistant Secretary of State Victoria Nuland’s December 2013 visit to the Maidan rally, are foolish: they reinforce the paranoia of the Putin team while failing to bring about constructive change.

More generally, the next U.S. administration must shift its ideological focus from supporting “color revolutions” around the world—which in recent times have never resulted in democracy—and instead promote good governance as our primary aspiration. We should say that we want to see effective, honest and accountable governments that serve the interests of their peoples and enable countries to cooperate internationally to solve urgent global tasks. Above all, these include reversing the practices that are accelerating climate change. Another global challenge is economic inequality, which is rising to extreme levels in the United States, Russia, China and many other countries. Deepening inequality is undermining our countries’ ability to cooperate in addressing global challenges such as climate change. We need to press the agenda of common global problems.

While U.S. rhetoric and actions need to be consistent, the United States must recognize that Putin has increasingly staked the legitimacy of his regime on a hysterical anti-U.S. propaganda campaign. He is trying to foster a wartime atmosphere, and we should do nothing to give him opportunities to further this line. It is not in our power to force Putin to reverse course, but we should look for opportunities to deny him cheap public-relations victories. We should continue to point out that his posture is not benefiting Russia’s international positions, nor its economic well-being. And we must state again and again that we want Russia to be strong and prosperous, a source of stability in its neighborhood.

George Kennan’s advice in the X memo, to the effect that we must take the long-term view because the regime will decay from within, has once again become relevant, and for the same reasons. Putin’s regime needs an external enemy for political reasons. It will profit from this strategy so long as it can maintain the illusion that it is a true superpower that, for that very fact, the United States is determined to weaken and ultimately overthrow.