The Political Significance of the TRIPS Waiver 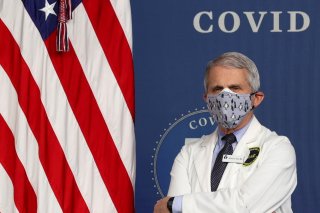 Early this month, U.S. Trade Representative Katherine Tai announced that the Biden administration would support waiving the intellectual property (IP) rules under the World Trade Organization’s (WTO) Agreement on Trade-Related Aspects of Intellectual Property Rights (TRIPS) for coronavirus vaccines. This has little to no impact in the immediate term. As Stéphane Bancel, the chief executive of Moderna, pointed out, “there is no idle mRNA manufacturing capacity in the world” and that the patent waiver “will not help supply more mRNA vaccines to the world any faster in 2021 and 2022.” Still, this announcement bore enormous political significance because it reassures developing countries, facilitates other coronavirus policy responses, encourages the manufacturing of vaccines to engage in more licensing agreements, and gives a boost to the WTO.

First, a TRIPS waiver gives developing countries the reassurance that they have been seeking from the United States with respect to policies aimed at fighting the coronavirus. What the Global South has wanted all along has been a clear promise from the Global North that their policy space to respond to the virus will not be constrained. TRIPS rules allow for exceptions, especially in a public health emergency, and yet because of the way that the Global North has zealously policed the boundaries around those exceptions, retaliation for using the flexibilities in TRIPS is not an entirely idle concern. The United States promoted strong IP rights through the creation of the TRIPS Agreement. It has also promoted those rights through free trade deals such as the Central America-Dominican Republic Free Trade Agreement (CAFTA-DR) and through its own domestic trade rules known as Section 301. With those rules in place, it has then opposed any derivation from the most stringent understandings of IP rules.

Second, a TRIPS waiver facilitates other policy responses to the coronavirus pandemic. In the United States, Operation Warp Speed, along with other government efforts to organize and subsidize the entire vaccine supply chain, was very effective at accelerating the development and production of vaccines at scale. What the world needs now is a coordinated global effort analogous to Operation Warp Speed. Until now, however, that hasn’t happened due to a lack of political reassurances as well as hoarding of vaccine inputs. Throughout the pandemic, vaccine nationalism in all of its various guises has stymied the international supply chain cooperation that the world so desperately needs. By supporting a TRIPS waiver, the Biden administration is effectively declaring an end to the United States engaging in vaccine nationalism.

Third, the Biden administration supporting a TRIPS waiver encourages the vaccine makers to agree to more licensing and technology transfer with both developing countries and the United States. The TRIPS waiver signals to pharmaceutical firms that the standard bargain around patents simply does not apply in a pandemic. The suspension of that standard bargain must be paired with an alternative bargain: massive payments to the vaccine makers for expanding manufacturing capacity as quickly as possible and for transferring technology to other firms and other countries as rapidly as possible. The TRIPs waiver stick is designed to make the money bomb carrot more appealing. If and when there is another public health emergency, pharmaceutical companies need to be prepared to leap enthusiastically into developing new medicines. If the United States spends billions on this carrot that accompanies the TRIPS waiver, then it will have helped the world without undermining the incentives to innovate later. That’s not just the right approach in terms of promoting innovation, it’s the right approach ethically. The businesses that invented the coronavirus vaccines deserve to be richly rewarded. A TRIPS waiver is not about punishing these companies; it’s about creating the political infrastructure needed to speed the development and distribution of their vaccines. If the Biden administration can pull off this alternative bargain, if it can vaccinate the world and be seen doing so, that could be the greatest U.S. foreign policy success story since the Marshall Plan.

Fourth, the U.S. government supporting a limited TRIPS waiver is a massive step toward rebuilding the perceived legitimacy of the WTO. The perception that the WTO was slowing the global response to the coronavirus, however oversimplified and unfair, would have been a potentially devastating blow to an institution that has already been under attack. A TRIPS waiver buys considerable goodwill from developing countries. It also buys goodwill from Democrats. That could help the whole party take a more trade-friendly stance on everything from an Environmental Goods Agreement to an e-commerce trade deal, to say nothing of the broader benefit of convincing Democrats to like trade even more than they already do—79 percent of Democrats view trade as more of an opportunity than a threat versus only 44 percent of Republicans who say the same.

Finally, it is worth reiterating that much work remains to be done to get the waiver across the finish line. The waiver needs to be limited. The initial proposal for a TRIPS waiver from South Africa and India encompassed a whole range of intellectual property rules including things like copyright and trade secrets that are not normally understood to relate directly to medicine. As long as those items remain in the waiver, then it will be very easy—and unfortunately somewhat accurate—for waiver critics to paint the waiver request as TRIPS opponents throwing rocks at the system simply because they can. But the United States can have an international IP system that incentivizes innovation in medicine while also being thoughtful about creating flexibilities and exceptions in that system for emergencies like the coronavirus pandemic.

Gary Winslett is an associate fellow for finance and trade at the R Street Institute. He is also an assistant professor of political science at Middlebury College.