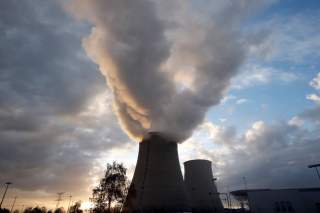 As George Orwell once observed, some ideas are so absurd that only the intelligentsia could hold them; ordinary people would not be so foolish. A case in point is a reported proposal to allow the Kingdom of Saudi Arabia to enrich uranium and reprocess spent reactor fuel—two activities that could bring it within weeks of acquiring nuclear weapons—under a developing civil nuclear cooperation agreement.

Cutting such a deal should seem too reckless to be real. Unfortunately, it’s not. Last November, at an International Atomic Energy Agency conference in Abu Dhabi, Acting Assistant Secretary of Energy Edward McGinnis announced that the United States was eager to “spur exports of nuclear energy plants and equipment” to Saudi Arabia. Four weeks later, Secretary of Energy Rick Perry flew to Riyadh, met with Saudi energy minister Khalid Al-Falih, and declared that the United States and Saudi Arabia would soon “move forward” to conclude a formal U.S. nuclear cooperative agreement. Trump administration officials then confirmed, in briefings on Capitol Hill in early December and January, that U.S. negotiators may not insist that Saudi Arabia renounce enrichment and reprocessing as part of a proposed nuclear cooperation agreement.

What’s behind such dangerous dealing? Publicly, officials say it is to promote U.S. nuclear exports under the Westinghouse banner. Westinghouse, though, is now bankrupt, owned for the moment by a Japanese company, and has been sold to a Canadian asset manager, pending regulatory approval. The odds of Westinghouse (or Russian, Chinese, Japanese or French reactor vendors) winning a Saudi contract against a bid by South Korea—the only country building a proven reactor design roughly on schedule and on budget across the Saudi border in the United Arab Emirates (UAE)—are slim to none.

Why would the United States contemplate a nuclear cooperation agreement that permitted Saudi Arabia to obtain the means of producing fissile material? The answer whispered by some reflects what they see as yet another flaw in the Obama administration’s nuclear deal. “We let Iran enrich uranium; it’s only fair to let the Saudis do the same.” Implicit but unspoken is the hope that once developed, a Saudi nuclear-weapons option would deter the Iranians from ever making bombs.

Welcome to the unreal world of Washington realism. What’s particularly weird is that President Trump thinks the Iran deal is “the worst deal ever” because it allows Iran to get very close to a nuclear-weapons capability as limitations begin to expire eight years from now, but people who work for him are contemplating a deal that would permit Saudi Arabia to do the same.

In 2009, the Bush and Obama administrations struck a nuclear-cooperation agreement with the UAE that prohibited it from enriching or reprocessing and required intrusive International Atomic Energy Agency inspections under what is known as the Additional Protocol, hailed as a nonproliferation “gold standard.” Yet, if the United States strikes a deal with Riyadh or any other state in the region without these conditions, the UAE may request that its cooperative agreement be amended to assure “equal terms and conditions.” A nuclear deal with Saudi Arabia that does not uphold the Gold Standard, then is one that undermines it.

Administration officials have indicated that after they seal the proposed deal with the Saudis, they intend to cut other deals with Riyadh’s neighbors, starting with Jordan, which also has refused to forgo enriching or reprocessing. How will this story end? The Saudi deal could be the temblor that releases a proliferation tsunami: The Saudis’ development of a weapons option could be followed by the Turks or Egyptians.

This may seem unthinkable. Yet, the reactors being built or proposed for the Middle East are projected to last forty to seventy years; while the governments in the region are not. Remember the Shah of Iran? Washington banked on the Shah’s government being America’s security anchor in the Gulf; we helped him acquire nuclear technology; it was a profound mistake. How likely are the governments in Riyadh, Cairo, Amman, and Ankara to make it to 2058 much less 2088? How friendly might their successors be toward one another, the United States or its allies, including Israel?

Finally, if history is any guide, nuclear reactors accompanied by or part of fissile material production programs become military targets. The Israelis, Americans, Iranians and British all bombed Iraq’s Osirak reactor for fear Iraq would do more than produce research isotopes with it. Iraq launched seven aerial attacks against Iran’s reactor at Bushehr for similar reasons during the 1980s. Israel bombed Syria’s reactor under construction near al Kibar assuming it would be used to produce plutonium for a weapons program. Even Saddam Hussein lobbed a Scud missile toward Israel’s reactor at Dimona.

Is it possible to have nuclear power without such regional fear and loathing? Yes, but not unless we are willing to preclude bomb making by pushing the Gold Standard, not only in our own dealings with the Saudis, but with other key nuclear suppliers to the Middle East—the South Koreans, Japanese, French, Russians and Chinese. This is the right thing to do and anyone who knows anything should know that attempting to do anything less would be absurd.

Image: Steam rises at sunset from the cooling towers of the Electricite de France (EDF) nuclear power station at Nogent-Sur-Seine, France, November 13, 2015. The nuclear industry argues world leaders at the COP21 conference in Paris next week should not have to choose between nuclear and renewables but between low-carbon energy, including nuclear, and fossil fuels. Paris will host the World Climate Change Conference 2015 (COP21) from November 30 to December 11. Picture taken November 13, 2015. REUTERS/Charles Platiau ​