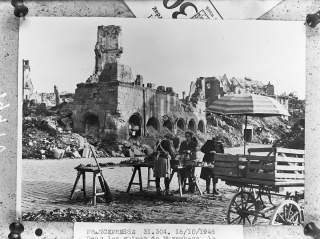 PAYING MINIMAL attention to the ironies of history is a key reason why America has failed at four wars: Afghanistan, Iraq, Vietnam and, as is often forgotten, Korea, with its doomed counter-invasion to “liberate” the north in 1950–1951. Each ended up unrecognizably and disastrously far from the mission declared at the start. It’s an unnerving record hardly offset by the ultimate, protracted defeat of the Soviet empire, or by 1999’s two-and-a-half-month Balkan aerial campaign, or by 1991’s celebrated one-hundred-hour destruction of a wretched army of conscripts strung out across two hundred miles of Kuwaiti desert.

Vagueness about the past reaches deep into the country’s leadership, as well as into intellectual discussion. It is an underlying cause of failure because we neither understand our opponents’ cultures nor the shortness of our attention span, among other inherent vulnerabilities. Voters are blaming the twenty-first century’s forever wars on the foreign policy establishment, just as Washington’s best and brightest were blamed for Vietnam half a century ago. The culpability of today’s prominent mainstream historians, however, has gone unnoticed.

Scholars, think-tankers, columnists and other practitioners who’ve shaped prevailing assumptions have been unable to get the facts straight on pivotal events. It’s time to examine the willful obtuseness that characterizes the study of postwar foreign relations and the myths that arise.

THE WORLD beyond Europe and the Americas in 1945 remained largely a colonial one. After the war, the United States had minimal influence in Africa, and little sway, except for Palestine, in a greater Middle East dominated by Britain.

The eminent historian Fredrik Logevall disagrees. America, he writes, was “the only real superpower,” and was “uniquely able to affect the course of events in the developing world.” Yet America couldn’t affect a fracturing China. Even in Southeast Asia, which he has examined closely, America couldn’t do much: the future of Europe was at stake and Washington wasn’t going to block the return of Britain and France.

Indeed, the United States was barely a “super Power,” a term coined the year before. It was the quickest of the three to demobilize; intelligence capacities were amateurish; no one knew what an atomic bomb might deter, let alone affect in far-flung regions; and, throughout this five-year period, sensible people expected the Great Depression to return. Talk of an “American Century” might be heard in the better drawing rooms of the Northeast coast, but the rest of this self-contained continental island-state—traditionally fenced off by oceans and high tariffs—wasn’t about to suddenly transform itself into a global political-military force.

Nor is it correct to believe “Britain was bankrupt,” as said in the Cambridge History of the Cold War. “Bankruptcy” is a hard word that doesn’t lend itself to shorthand, and bankruptcy didn’t occur for the world’s third-largest economy and the center of a trading regime that governed half the planet. The problem was more complex: Britain confronted an ongoing scarcity of hard currency, while its exports and productivity boomed beyond what anyone had dared to forecast.

Nonetheless, it’s also believed that Britain suffered a “decline in aerospace, automobiles, and information technology,” as journalist and author Tom Ricks reports in his book Churchill and Orwell: The Fight for Freedom. In fact, the nation’s industrial base remained strong, and Britain led the industries of the future: jet aviation, life sciences, computing and soon, civil atomic energy. The sizeable U.S. loan signed in December 1945 was to be a one-time bridge to quick recovery after six years of war.

When the global landscape of late 1945 is misconstrued this badly, it becomes easy to exaggerate what America could accomplish.

By early 1946, hard men in Washington saw Stalin’s tyrannical ambitions—both in Europe and toward Iran—as not much different from those they’d just helped to crush in the Third Reich. In February, George Kennan, the forty-two-year-old chargé d’affaires in Moscow, sent a 5,327-word telegram to Washington describing Russia as implacably hostile. Kennan’s influence can be debated: these busy men wouldn’t have read anything that long if they weren’t already alert to Stalinist predation. What can’t be argued is the length of Kennan’s telegram, which he claimed to be “some eight thousand words.”

The discrepancy is significant. Americans tend to believe that long or large is equivalent to greater quality—in contrast to short and concise, as the French value in their essayists. The State Department didn’t tolerate even a five-thousand-word telegram from its embassies. A telegram of eight thousand words would have been seen as astoundingly, unquestionably important.

It’s unlikely Kennan’s “some eight thousand words” was a mistake. He used the number in his 1967 memoir as he did with newsmen and colleagues. He published the full 5,327-word telegram as “Appendix C” in his memoir, but he labeled the pages as “excerpts from” his by then famously long but still-classified missive. When the State Department declassified the complete document in December 1972, however, the length of the full telegram proved to be the same as the so-called excerpts.

Kennan’s exaggeration is an early glimpse into his unreliability. Moreover, scholars have repeated Kennan’s “eight thousand” figure so often—as does his authorized biographer, historian John Lewis Gaddis in The Cold War: A New History and in Strategies of Containment—that the exaggerated word count has entered the textbooks. We start to see a shallowness in portrayals of Kennan by writers who uncritically accept whatever he said.

Kennan at least seemed to get Stalin right. As 1947 began, Secretary of State George Marshall moved to “contain” Soviet expansion. Stalin appeared to be backing communist rebels against Greece’s brutal Hellenic monarchy, which was upheld by British subsidies and troops. That’s why the State Department was appalled to hear, on February 21, that Britain would imminently withdraw all assistance.

The weight of evidence shows this to have been a bluff. An ongoing British presence was essential to Foreign Secretary Ernest Bevin: Greece was key to the Royal Navy’s control of the Mediterranean, and he saw Greece as a critical link between Europe and the Middle East. He told his staff he was using “shock tactics” to “cast a net” over the Americans. Once shocked, there’d be a stampede into Greece and he could then better spread Britain’s resources throughout an empire and commonwealth that covered a quarter of the globe.

Regardless of whether he was bluffing, what followed is clear, and it’s the reverse of what nearly all historians believe—with a few telling exceptions like William Roger Lewis, renowned authority on Britain in the Middle East. Getting the story wrong is unhelpful because it is in Greece that Washington deployed its first Military Assistance Group for security and nation-building.

William Russell Mead, a professor of foreign affairs and columnist who writes on U.S. history, turns this episode into fantasy. “The British gave up trying to maintain a global empire,” he avers, due to “destruction at home.” From his perch at the Council on Foreign Relations, economist Benn Steil discerns a “global political vacuum created by the collapse of the British empire” in 1947, with imperial “liquidation” underway. Yet Britain didn’t “terminate assistance to Greece,” as another oft-cited historian, Hal Brands, asserts. The opposite occurred. Britain intensified counterinsurgency, deployed fighter planes and bombers, debated sending more troops and kept soldiers in Greece until the country joined NATO in 1951.

Even so, a dean of postwar diplomatic history, Melvyn Leffler, adds that Britain believed it had no choice but “to withdraw from the eastern Mediterranean,” which, once more, is the opposite of what happened. Britain hadn’t even begun to flex its muscles in the eastern Mediterranean. That would be seen in summer 1951 when Britain used its Mediterranean Fleet and such colonial bastions as Cyprus to prepare to invade Iran with seventy thousand fighting men, and when, that October, it staged the largest airlift of troops anywhere since World War II by swooping six thousand soldiers into Egypt.

Nevertheless, the belief persists that British power “vanished,” and Bret Stephens, also an author and New York Times columnist, sees Washington in 1947 being “hand-delivered the job of world policeman” to fill various “vacuums.” Stephens, who clamored for war in 2003, is projecting. What were the Americans to police? China? The Indian subcontinent? Southeast Asia? Africa? Iraq? And with what?

TIMELINES ALSO get skewed once mistakes of this order are set in stone. Even Anne Applebaum, renowned for her Gulag: A History, errs when she uses history to explain today’s national security dramas. “The German-American relationship,” she writes, was the “core of the transatlantic alliance” in 1947—except no such alliance existed then, and a prostrate western Germany remained under Allied occupation. Elsewhere she writes about a “Pax Americana” of U.S.-backed rules in 1947, but here she’s accepting the conventional wisdom that a superpower “world policeman” had sprung to life.

President Harry Truman‘s speech to Congress on March 12, 1947 didn’t create a “Pax.” He sought huge appropriations largely directed against “terrorism” in Greece. Americans soon dashed forth with aid teams, checkbooks and military advisors, while U.S. warships began visiting every harbor deep enough to enter. America got itself onto the expressway to Saigon, observes Kati Marton in The Polk Conspiracy, her riveting account of murder and coverup in Greece’s civil war.