Powerplay: The Origins of the American Alliance System in Asia 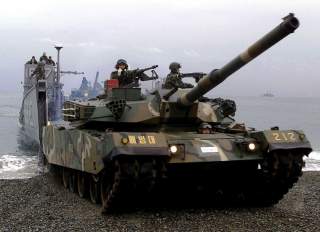 Editor’s Note: The following is excerpted from Powerplay: The Origins of the American Alliance System in Asia. © 2016 by Princeton University Press. Reprinted by permission.

We were huddled in the cramped quarters of the US Secretary of State’s airplane, planning for our next stop in Sydney, Australia. The most coveted space on the Boeing C-32, the Secretary’s suite, comes complete with a foldout couch and flat screen TV. But given the numbers in the room, we were all seated cross-legged on the floor like overgrown boy scouts around a campfire, in shirts and ties, rumpled from the seven-hour flight from Jakarta.

We ran through the policy items for the meetings with Prime Minister John Howard and Foreign Minister Alexander Downer, with each staff person briefing on his or her area of expertise: China, UN reform, Iraq, Afghanistan, Indonesia, North Korea. The last issue was the East Asia Summit (EAS). A new organization created largely through Malaysia’s initiative, EAS had gained the interest of many countries in Asia as the first true indigenously created regional institution. The Singaporeans were hosting the next meeting and the Australians and Japanese sorely wanted the United States to join this new grouping, in no small part to prevent the Chinese from dominating the organization. There were benefits to being included in the grouping. Membership would constitute a good representation opportunity in the region for the United States.

At the same time, a US commitment to EAS, which still had not evinced a clear agenda or mission as a region-wide institution, would detract from the work of the other regional body, the Asia-Pacific Economic Cooperation Council (APEC). Moreover, it would be hard to convince domestic staff within the White House to send the president halfway around the world to participate in a “talk shop” among leaders with no clear agenda. In the run-up to the Sydney visit, the Australians were pushing for the United States to begin informal participation in EAS as a non-member by sending the Secretary (rather than the president) to the next meeting.

The State Department was leaning in this direction, but APEC proponents within the US government were against transmitting any positive signals on the issue during this trip. In the midst of the discussion, the Secretary asked one of her staff for his opinion. He sighed, and then stated in a deadpan tone, “Madame Secretary, EAS is a bad idea whose time has come.”

The US official’s point was that the United States could no longer eschew the new emerging architecture in Asia. Our bilateral alliance system, with treaty allies and security partners in Australia, Japan, South Korea, Philippines, Taiwan, Thailand, and Singapore, was still the most significant security architecture in the region. But the United States needed to consider transacting business in Asia through these new multilateral groupings, even if they were somewhat duplicative of work done through our exclusive relationships with the governments in the region. The United States eventually did join the East Asia Summit in 2010, but not without some trepidation.

Validating the new organization through US membership despite its absence of a clear agenda or mission was troubling to some who insisted that our bilateral alliances were still the most important feature of the region’s architectural design. These experiences in government led me to wonder why it has taken so long for Asia to develop inclusive political and security structures.

Asia is home to the fastest growing economies in the world today. Over the next five years, 50 percent of global growth outside of the United States will emanate from this region. Though many of its governments are democracies, many are not; yet this variety has not precluded high levels of regional economic, social, and political interaction. Nevertheless, multilateral structures in Asia, like EAS, emerged only in 2005, sixty years after the end of World War II. By contrast, multilateralism took hold much earlier in Europe with the creation of NATO in 1949. Rather than multilateralism, the most distinctive architecture in Asia through the end of the twentieth century and into the twenty-first has been the US bilateral alliance system—an exclusive rather than inclusive security architecture. Why did security in Asia over the last six decades evolve this way? Why has it taken so long for Asia to develop viable multilateral security institutions? And why did the United States, the preeminent power in the region after the defeat of Japan in 1945, choose to build bilateral security institutions in Asia rather than the multilateral ones it forged in Europe?

Contrary to most, I do not think US-centered bilateralism and Asia’s emerging regional institutions (both ASEAN-centered and China-based) operate at odds with one another. This may have been the case in the past. The dominance of the United States as the central hub for five decades of the Cold War certainly delayed the growth of linkages among the spokes. The future of the region’s architecture, however, is not a battle between two opposing forces. The American-based alliance system is an organic part of Asia’s postwar security landscape. It is unlikely to dissipate at any time in large part because countries in the region demonstrate a preference for its longevity. Recent polling of strategic elites in the region find that as many as 57 percent see their bilateral relationship with the United States as part of the long-term future, and 79 percent support the American “rebalance” or “pivot” to Asia.

The Geometry of Asia

There is a definitive architecture evolving in Asia that the United States and its allies support. It is not one dominated by China, nor is it one characterized by US diminution. The picture of the institutions that tie the United States, its allies, and China in the region is much more complex than “bilateral versus multilateral.” Instead, it is a “complex patchwork” of line segments (bilaterals), triangles (trilaterals), squares (quadrilaterals), hexagonals (six sided), and other multilateral configurations that aggregate to include all regional members rather than exclude any. Some of these are designed to solve specific problems in the region, yet others are for the purpose of confidence-building. Some are derivative of the US alliance system. Some are ASEAN-based, and others are China-based. The complexity of this phenomenon is an asset, rather than a flaw, in the geometry of Asian architecture.

This concluding section explains how the US alliance system and the region’s emerging architecture mesh together unwittingly in an increasingly complex institutional security design for the region. First, I argue that the US bilateral alliance architecture, in addition to serving the security needs of the allies, has contributed through its “minilateralization” (in the form of trilaterals or quadrilaterals) as a tool for problem-solving in the region. Second, the bilateral and minilateral elements of the US alliance structure operate today alongside ASEAN-based and China-based groupings in increasingly more complex regional architectures, some of which involve the United States (e.g., Trans-Pacific Partnership) and some of which do not (e.g., Asia Infrastructure Investment Bank, CICA). Third, these intertwined and overlapping relationships help to mute security dilemmas, manage relations between great powers, and enhance regional stability. I do not believe there is an evolution in Asia to one overarching regional OSCE-type organization, but that the “messiness” of what has evolved is an imperfect albeit useful substitute.

The reality is that the US alliance system and Asian regionalism are not locked into a zero-sum death struggle. The alliance system remains strong, and its minilateralization is creating new functionally based trilaterals and quadrilaterals. At the same time, the region is witnessing the proliferation of many new institutions, some of which do not have the US alliance system as its core. The cogrowth of US-alliance-based minilaterals, ASEAN-centered institutions, and China’s multilateral institutions may appear like a form of competitive balancing between China and the United States through regional institutions (or “institutional balancing”), but this does not amount to a zero-sum game.

These institutions are complementary, at least from the US perspective. The positive-sum view of multilateralism in Asia was first elucidated in the Nye Initiative in 1995 when the United States explicitly supported regional institutions as complementing the US alliance system in Asia. In 2008, Secretary of Defense Bob Gates carried forth this notion when he stated that US policy was to “avoid an approach that treats the quest for a new security architecture as some kind of zero-sum game. . . . The collaborative reality of Asia’s security today is to the exclusion of no single country . . . It is instead a continuously developing enterprise undertaken with allies, friends, and partners.” Today, if Japan, China, and Korea are improving relations in the context of the Trilateral Cooperation Secretariat (TCS), that has positive ramifications for regional stability, which is, in turn, wholly compatible with US interests. While TPP currently does not have China as a member, the United States has openly called for Beijing to join the institution. During the US-Japan summit of April 2015, the White House stated it was not opposed to China’s AIIB (contrary to popular speculation), and that it could complement the efforts of other international financial institutions like the World Bank and Asian Development Bank in building infrastructure in Asia.