Predicting the Next ISIS 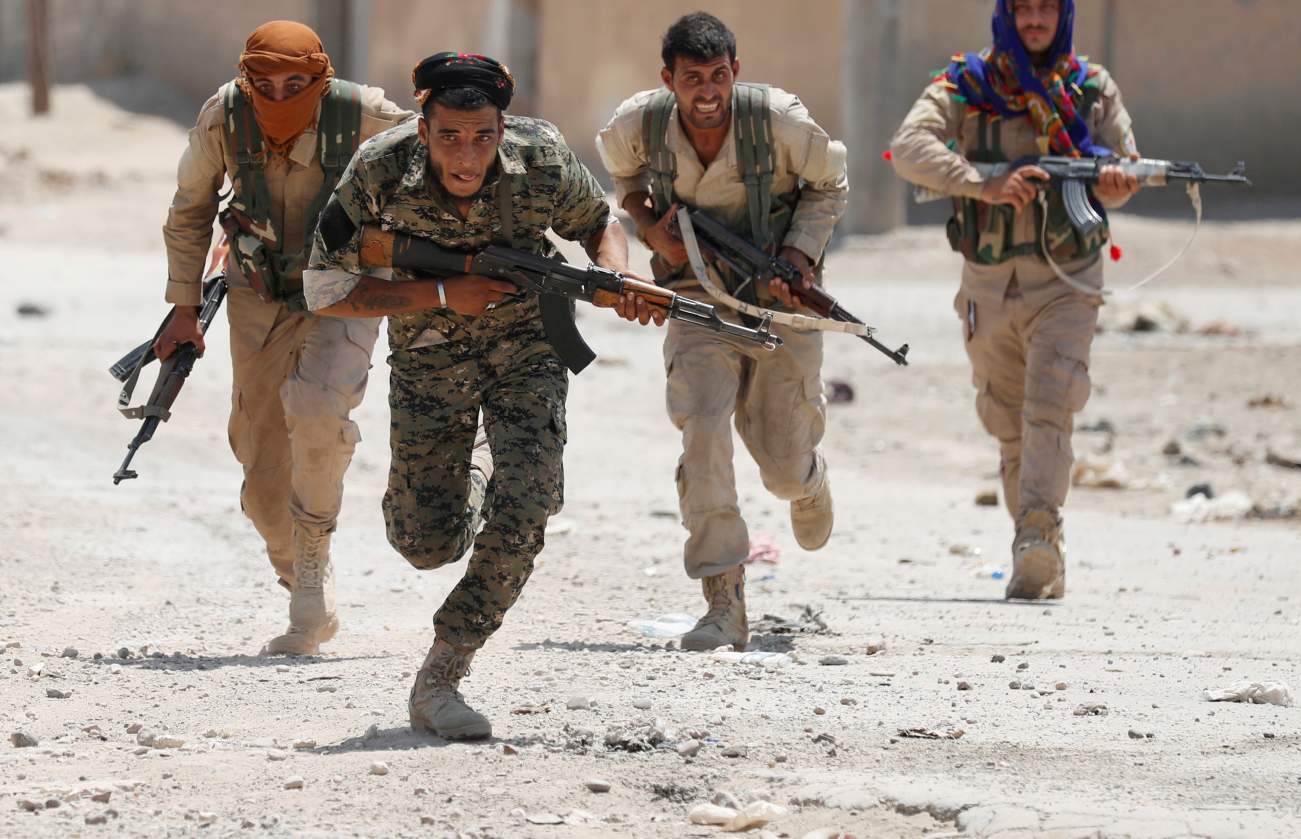 With the Islamic State’s caliphate in ruins, one of its affiliates could grow to become even more deadly and operationally capable than the core organization was during its peak in 2015. With ISIS franchise groups and affiliates across the globe, there is no shortage of contenders to supplant ISIS as the world’s most dangerous terrorist group.

Many factors could fuel the rise of a new Islamic State (ISIS) offshoot, including the relative weakness of the security forces in the area where the terrorists are operating, so it difficult to discern which affiliate could become the next major threat. Additionally, measuring the threat will require an intimate understanding of an affiliates’ capabilities, the degree to which safe haven and sanctuary are available, and the relative ease with which the group can replenish its resources.

The emergence of Al Qaeda in the Arabian Peninsula (AQAP) provides a blueprint for how the next dominant Islamic State faction could rise up. AQAP came about nearly a decade after core Al Qaeda, led by Osama bin Laden, was driven from Afghanistan and forced to endure years of an aggressive and relentless counterterrorism campaign waged by the United States. AQAP formed following a merger of Al Qaeda’s Saudi and Yemeni networks in 2009. Several years later, AQAP leader Nasir al-Wuhayshi was elevated to general manager of Al Qaeda, and AQAP used member ties to core Al Qaeda leadership as a recruiting tool to persuade jihadists to join its ranks.

Of Al-Qaeda’s roughly half-dozen affiliates, AQAP emerged to become the group most determined to strike the West. When core Al Qaeda went years without being able to pull off a spectacular attack against the West, AQAP managed several “near misses” against U.S. airlines, including the notorious underwear bomber plot in 2009 and another plot against cargo planes with explosive-laden printer cartridges onboard in 2010. AQAP was considered such a high-level threat that former CIA director David Petraeus once referred to the group’s master bombmaker, Ibrahim Hassan al-Asiri, as “the world’s most dangerous man.” Al-Asiri was reportedly killed in a drone strike in Yemen this past August.

Another important aspect of the success of AQAP has been the continued evolution of jihadist propaganda and media outreach, due in large part to the emergence of American-born radical cleric Anwar al-Awlaki, who developed a global following among jihadists before his death in 2011. One of his followers included Nidal Hasan, a U.S. Army psychiatrist who communicated with Awlaki via email for over a year before going on a shooting rampage and killing thirteen at Fort Hood, Texas, in 2009. Awlaki’s influence lives on via the Internet, inspiring new generations of terrorists to strike out against the West. Several of the most prominent perpetrators of terrorist attacks on U.S. soil—the Boston marathon bombers, the San Bernardino attackers, and Ahmad Rahmani, who launched attacks in New York and New Jersey—all consumed jihadist propaganda featuring Awlaki.

AQAP was also the most adept franchise at effectively balancing local versus global objectives. Terrorism scholar Daniel Byman has said AQAP remains sensitive to issues that matter to locals—including Yemeni tribal complexities—and has clearly “been far more sensitive to local grievances and tribal identities, in part because al Qaeda has “learned and transmitted lessons about respecting nationalism to its affiliate.” In Yemen, jihadists have maintained good relations with the local tribes and been flexible with the imposition of sharia, a strict interpretation of Islamic law, jettisoning the more draconian rules more common to the Islamic State. Yet even while focusing on issues most pressing to Yemeni tribesmen, AQAP still managed to play a role in the Charlie Hebdo attacks in Paris, France in early 2015. The group also maintains an increasingly close relationship with Al-Shabaab in Somalia and has served before as an interlocutor between other franchises, including Shabaab, Al Qaeda in the Islamic Maghreb, and Jabhat al-Nusra.

The known factors that led to the success of AQAP can help identify conditions that could enable an ISIS franchise to achieve equally dangerous footing. When AQAP rose up, Yemen was a failed state in the midst of an internecine civil war, but it was also a country that offered vast swaths of ungoverned space to terrorists to train, organize and plot sophisticated attacks against the West.

The situation in Libya offers the closest equivalent to the environment that facilitated the emergence of AQAP between 2009 and 2015. In many ways, Libya may have the potential to be the most dangerous haven for the group in the near future. The territory is awash in weapons, there is no recognized government to speak of, no sovereign authority, and it serves as a focal point and crossroads for jihadists of all stripes, located a mere 200 kilometers across the Mediterranean Sea from Europe.

Even though the number of ISIS-linked militants in Libya is thought to be in the hundreds, the ISIS Libyan affiliate has been tied to two major external operations, successfully tallying attacks on European soil, including the Berlin Christmas market attack in late 2016 and the deadly Manchester concert bombing in 2017. The group has also launched devastating regional attacks, in Bardo and Sousse, Tunisia, with terrorist links back to Libya. The country of Libya remains in a state of constant anarchy, with various jihadists fighting, switching sides, and occasionally cooperating. Most alarming, the Islamic State maintains specialized entities in Libya, including the “Desert Brigade” and the “Office of Borders and Immigration,” which is responsible for external operations, logistics and recruitment.

Preventing the emergence of a reinvigorated ISIS affiliate in Libya requires the diligence to monitor on-the-ground developments and work with partner nations in Europe that may have detailed intelligence on the group’s evolution. The danger emanating from Libya is more than about just ISIS, it is about the combination of potential threats coalescing to make Libya into the kind of safe haven that Yemen offered AQAP during the height of its operational prowess. If the United States is to effectively protect its homeland from attack while it proactively snubs out the fading embers of ISIS, it should also consider aggressively working to prevent the rise of an even more dangerous affiliate group capable of striking the West.

Colin P. Clarke is an adjunct senior political scientist at the nonprofit, nonpartisan RAND Corporation and a senior research fellow at The Soufan Center, a think tank focused on research, analysis, and strategic dialogue related to global security issues and emergent threats.