Preserving U.S. Military Might: How to Make the Third Offset Strategy a Success 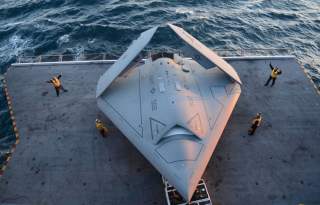 In a speech at the Reagan Presidential Library on November 15th, outgoing U.S. Defense Secretary Chuck Hagel introduced the Defense Innovation Initiative or DII, a set of projects some have dubbed the “Third Offset Strategy.” Hagel challenged his department and the greater defense community to devise technologies and concepts that will ensure that U.S. military forces retain, as Hagel described, “the ability to project power rapidly across oceans and continents by surging aircraft, ships, troops and supplies. If this capability is eroded or lost, we will see a world far more dangerous and unstable, far more threatening to America and our citizens here at home than we have seen since World War II.”

Hagel warned that, “technologies and weapons that were once the exclusive province of advanced nations have become available to a broad range of militaries and non-state actors,” and “countries like Russia and China have been heavily investing in military modernization programs to blunt our military’s technological edge, fielding advanced aircraft, submarines, and both longer range and more accurate missiles. They’re also developing new anti-ship and air-to-air missiles, counter-space, cyber, electronic warfare, undersea, and air attack capabilities.” According to Hagel, “our Armed Forces could one day go into battle confronting a range of advanced technologies that limit our freedom of maneuver. This would allow a potential conflict to exact crippling costs and put at risk too many American lives.” Hagel and his lieutenants (notably Deputy Defense Secretary Robert Work) have apparently concluded that business as usual at the Pentagon will no longer be adequate.

Since the initiative has just been launched, this lack of clarity may be understandable. But it also identifies the need to focus on specific and realistic results, lest the initiative later flounder into a swamp of waste that leaves the United States and its allies unprepared for the threats Hagel described. Fortunately, managers of the Third Offset Strategy can learn from previous successful (and unsuccessful) military innovation initiatives to improve their odds of success.

New technology programs and operational concepts are not ends in themselves, nor should they be pursued merely because they are interesting ideas. Innovation initiatives should support deterrence and bargaining leverage. The closer the programs tie to these ultimate goals, the more useful they will be to national strategy.

By the 1970s, the USSR’s nuclear arsenal had caught up with America’s and thus undercut the credibility of a U.S. strategy based on the threat of massive retaliation. Meanwhile, the large and highly mechanized Red Army remained poised on NATO’s frontier. The “Assault Breaker” concept, the fielding of new precision munitions technologies, was the second offset strategy and targeted Soviet army follow-on echelons, a main element of Soviet offensive doctrine. Assault Breaker attacked the Soviet army’s main operational concept and thus created doubts inside the minds of Soviet commanders, a key aspect of successful deterrence.

Designers of the Third Offset strategy should similarly place a high priority on the direct link between their new technologies and concepts and the influence it will have on adversary calculations and behavior.

In their book The Dynamics of Military Revolution, 1300-2050, MacGregor Knox and Williamson Murray argue that history’s most successful examples of “revolutions in military affairs” were those where commanders and planners focused their attention and innovation resources on specific military challenges they faced. Murray points to the period immediately after the end of World War I when the German general staff organized fifty-seven committees to study specific military problems encountered during the war. Experimentation, a focus on specific tactical problems, and a culture of self-examination during the interwar period (with new technology playing a supporting role) resulted in a dramatically improved German army by 1940.

Third Offset program managers and planners should resist the temptation to spend prodigiously on otherwise intriguing technologies and concepts that are not tethered to specific challenges U.S. military forces will face in the period ahead. Doing so risks wasted resources and management distraction.

3. Understand the adversary’s strategy and find its vulnerabilities:

The dream of Third Offset designers would be the development of technologies and concepts that would negate the operational concepts and primary military investments of an adversary. Doing so would shake the confidence of the adversary, leading presumably to enhanced deterrence. Such an outcome could also be “competitive” if it made the adversary’s substantial investments in his strategy obsolete at relatively modest expense.

This perfectly describes the cost-imposing strategy China is now successfully executing against the United States. U.S. power projection doctrine and its supporting investments have focused mainly on tactical aircraft, which in the Western Pacific theater are located on a scant handful of forward airbases and aircraft carriers. China’s operational concept and its relatively modest investments in missiles and sensors are specifically designed to attack these few vulnerable “points of failure” and thus threaten to neutralize the huge U.S. investment in tactical aircraft.  Indeed, these disturbing developments were the basis of Hagel’s speech at the Reagan Library and the catalyst for the Defense Innovation Initiative. Whether the initiative will be able to turn the table on China’s effective cost-imposing strategy is a fundamental and thus far unanswered question.

4. Understand your strengths and weaknesses:

Eisenhower’s New Look strategy was a shrewd and, from the U.S. Army’s perspective, ruthless application of this precept. America’s advantage in nuclear weapons in the 1950s was a clear (if fleeting) comparative advantage. Equally important was the enormous comparative advantage in strategic airpower the United States had established since the early 1940s. At the same time, Eisenhower believed that the alternative to nuclear weapons and the Strategic Air Command, namely a massive peacetime army to check the large Soviet army in Europe, would be economically and culturally ruinous to the United States. The resulting Eisenhower defense program thus skimped on the Army, America’s comparative weakness, and instead invested heavily in strategic airpower and nuclear weapons, then the clear comparative advantages.

The Second Offset’s technology portfolio – satellite navigation, stealthy aircraft, precision munitions, networked command and control, and more – sought to exploit comparative U.S. advantages in electronics, microprocessors, aircraft design, and military space operations. And as with New Look, the Second Offset era attempted to use technology to compensate for an American cultural and economic aversion to maintaining a large peacetime army, at least one as large and as casualty-tolerant as the Soviet army was then perceived to be.

For Third Offset designers, the imperative to substitute technology and new operational concepts for military manpower will be even more intense. What remains to be discerned is what the Pentagon’s future comparative advantages will be and whether future policymakers can be as ruthless as Eisenhower was at exploiting them – assuming they exist.

5. Invest in capabilities that will be enduring advantages:

As we have seen, the comparative advantages exploited in the first two offset strategies eventually decayed, in the second case leading the Pentagon to the looming crisis described by Hagel at the Reagan Library. Third Offset planners should expect that any technological advantages they find will very likely be even more transitory than those that faded in the prior two iterations. Scientific and engineering knowledge has never been more open and accessible. Industrial and military espionage, empowered by cyber techniques, is rampant. The technological playing field is leveled very quickly. Even worse, it may be the case that rival military organizations (state and non-state) that don’t have long-standing institutional structures may be more adaptive and thus will bring new technologies and operational concepts to the field more quickly than will U.S. military forces.