Problems With Russia’s Political Prepwork in the Russo-Ukrainian War 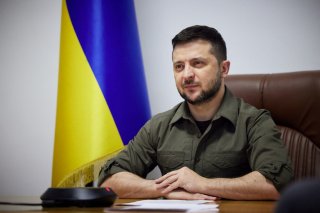 An unconfirmed FSB source’s comments, recently made public on social media, has similarly surveyed this unhappy field, with a rough translation of the comments noting:

If we remove Zelensky – fine – who is going to sign the agreement? If Zelensky signs, then that agreement is worthless after we remove him. ОПЗЖ (The Opposition Party in Ukraine collaborating with Russia) has refused to cooperate. Medvechuk, the coward, ran away. There is another leader – Boyko, but he refused too, even his own people won’t understand him. Wanted to bring back Tsaryov, but even our guys are against him here in Russia. Bring back Yanukovich? But how? If we are saying we can’t occupy, then the newly formed government will be overthrown in 10 minutes as soon as we leave.

The lack of political prepwork is so evident that rumors surfaced in early March that the Kremlin intended the disgraced former president of Ukraine, Viktor Yanukovych, to take charge after the war’s successful conclusion. It is hard to imagine a less appetizing or realistic political plan than the loser of the 2014 political struggle.

As far as elite political capital for a post-conflict political settlement to Russia’s liking, figures associated with OP-FL remain the most likely. As more territory falls under Russian control, it is certainly plausible that mayors in eastern and southern Ukraine may accept guarantees of peace over a siege. We have now seen one such example in occupied Kherson, where the local city councilwoman Galina Danilchenko has been named as the new Russian-backed mayor. Following the “People’s Republic” playbook, a referendum declaring such a status is rumored to be in preparation.

Yet the lack of preparation for the scenario has left many nominally pro-Russian figures out of position. As the war grinds on, politicians and ambitious figures will continue to emerge from the woodwork without a doubt—yet their absence in the war’s opening stages has undoubtedly complicated Russia’s political designs and the plausibility of their goals to shape a future Ukrainian regime(s) to their liking.

Julian G. Waller is an Associate Research Analyst at the Center for Naval Analyses and a Ph.D. Candidate in Political Science at George Washington University.