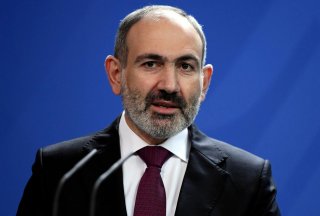 This week, the latest wave of escalation between Armenian and Azerbaijani armed forces along the Line of Contact culminated in the heaviest fighting between the two sides in years, which resulted in death and casualties on both sides. It was the most serious clash between the countries since April 2016 and the so-called Velvet Revolution in 2018, which gave the momentum of hope for peaceful resolution of the conflict between Azerbaijan and Armenia. Unfortunately, the change of power in Armenia following the revolution has not reversed the negative trends regarding the conflict. According to the Global Militarization Index (GMI), which was compiled by Bonn International Center for Conversion, Armenia remained one of the three most militarized nations in the world for the year 2019 as it was in 2016 before Nikol Pashinyan came to power.

In April 2018, widespread corruption, mounting socioeconomic problems and mismanagement of the old corrupted oligarchic regime triggered the mass protests in Armenia, people poured into the streets and—with the leadership of Pashinyan—ousted former president Serzh Sarkisyan. Eventually, the latter was unable to remain in power as prime minister, which prolonged the Karabakh clan’s grip on power. The clan has ruled the country since the 1990s and had a negative impact on the lives of millions of Armenians, draining the economic and human potential of the country and depopulating Armenia, which was also in regional isolation and engaged in a conflict with neighboring Azerbaijan.

Most people enthusiastically described the event of 2018 as a revolution. Since then, all eyes and expectations have been on Pashinyan. People wondered if he would be the savior of his nation and rescue his country. Ever since then, narratives about democratic transformations and reforms have become the soft-power buzzwords for the new government of Armenia and its Western audience. Pashinyan government officials have been trying their best to exploit these narratives in the foreign policy realm and use them to justify the occupation of the territories. Ambassador Varuzhan Nersesyan has recently repeated the same narratives.

In my opinion, democratization and reforms—or claims about reforms—cannot justify the continuation of the occupation of the territories of Azerbaijan. Democratization in Armenia shouldn’t lead to the violation of the rights of the citizens of a neighboring country. It shouldn’t lead to denying the rights of around one million people to return to their homes. These two things are separate issues and shouldn’t be mixed together. Nersesyan, like other Armenian officials, tries to present the regime in Nagorno-Karabakh as a separate and independent party. I believe these efforts are meaningless, exhausting, and do not contribute to the resolution of the conflict and aggravate the deadlock. On the other hand, recent developments in Armenia in the midst of a coronavirus pandemic, criminal persecution, intimidation tactics against political opponents and illegal attempts to change the constitution are clearly against the popular narratives about democratization.

On June 10, 2020, the European Parliament’s standing rapporteur on Azerbaijan, Željana Zovko, the European Parliament’s standing rapporteur on Armenia, Traian Băsescu, and chair of the delegation, Marina Kaljurand, released a joint statement on the construction of a new highway between Armenia and the occupied Nagorno-Karabakh region of Azerbaijan. The statement explicitly said that “the decision to build this highway has been taken without the consent of the competent authorities of Azerbaijan—in violation of international law. In addition, it could symbolically entrench the illegal occupation of Nagorno-Karabakh and of its surrounding districts.” The rapporteurs also “deplore the initiative as it does not help to create conditions conducive to trust, peace and reconciliation.”

This act has not been the only provocative move Armenia has made amid the coronavirus pandemic. On May 21, five weeks after the second round of presidential elections in the occupied territories of Azerbaijan, the occupation regime held an inauguration in Shusha with the participation of Pashinyan. This provocation was strongly condemned by the international community. In a statement, the European Union reiterated that it does not recognize the constitutional and legal framework of the elections and “cannot prejudice the determination of the future status of Nagorno-Karabakh or the outcome of the ongoing negotiation process.”

Many people would agree with Nersesyan, who said that the coronavirus tests the resilience and unity of nations large and small, rich and poor, with wealth and technological advancement—providing little if any guarantee of protection. At the same time, though, they should realize that the coronavirus also tests a person’s leadership capabilities and crisis management skills. Thus, I would like to point out that due to the mismanagement of its leadership, Armenia is suffering from a skyrocketing number of coronavirus cases. The number of coronavirus infections has now surpassed the number registered in the United States, Iran and France. Before the election, there wasn’t a single registered case of the coronavirus in Nagorno-Karabakh and other occupied territories. During the election and inauguration, hundreds of people possibly with infected cases traveled from Armenia to Nagorno-Karabakh.  A few days after the election, the first coronavirus case of a woman who participated in the election was detected in Nagorno-Karabakh. Moreover, Pashinyan and several other senior officials attended mass ceremonies and banquets dedicated to the inauguration. They did not wear masks or observe social distancing at the ceremonies and banquets.

On June 3, the Armenian parliament approved amendments to the law on the referendum, which transferred to the parliament the right to make amendments to the country’s Constitution. This decision caused a constitutional crisis and a sharp controversy among the members of parliament. The amendments intend to change the composition of those members and the head of the Constitutional Court in order to consolidate more power, including the judiciary branch in the hands of the Pashinyan government. In fact, over the past two years, the Constitutional Court has been the main and only obstacle and institution that slowed down the political prosecution of the opposition and denied the detention of the opponents of the new government.

Armenian officials tirelessly try to present Armenia and its values as an ally of the United States. Recently, Armenian domestic politics were full of scandalous and mutual accusations about corruption, money laundering, cigarette and diamond smuggling. I believe these accusations should include their negative impact on U.S. national security, but that requires a deeper and more comprehensive investigation. This allegation was voiced by the former Armenian ambassador to the Vatican, Mikayel Minasyan, and centers around Pashinyan’s involvement in the illegal weapon trade. According to his allegations, Armenia acquired weapons at a discount price from Russia and sent them to other countries. If true, it would not be the first time Armenia was involved in such a venture. In fact, in December 2008, former U.S. Deputy Secretary of State John Negroponte wrote a letter to former Armenian prime minister Serzh Sargsyan expressing “deep concerns about Armenia’s transfer of arms to Iran which resulted in the death and injury of U.S. soldiers in Iraq.” It appears that the United States had multiple streams of intelligence connecting Armenian arms shipments to countries in the Middle East, including Hezbollah and other insurgents, that led to the deaths of U.S. soldiers in Iraq in 2007.

People in Azerbaijan have been cautiously hopeful that changes in Armenia would eventually have a positive impact on the resolution of the conflict between Azerbaijan and Armenia. It seems to me, however, that hopes for a prosperous future of Armenia and a peaceful resolution of the regional conflict are waning.