Pulling Russia and Ukraine Back from the Brink of War 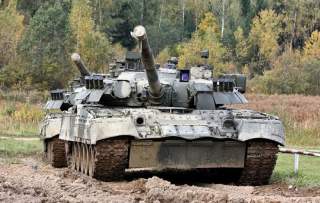 The simmering fighting in Ukraine has led to a false sense of complacency in the West that this conflict might be drifting into a frozen state. It is far from intractable, but the past several months have imposed a fog of cognitive dissonance that will be rudely pulled back, either when Moscow loses patience, or perhaps worse, control. If the West does not return its attention to Ukraine and take an active role in managing the conflict, a resumption of the war is likely. Prognosticating when and where is less important than understanding why this is inevitable.

The first instinct would be to point to recent fighting in Eastern Ukraine, but this escalation is more in the realm of information war than actual war. Artillery exchanges intensified, though evidence of a separatist ground attack remains elusive. It seems on August 10th Ukraine launched a limited, but successful, offensive operation against a small separatist unit in the town of Novolaspa. The 72nd mechanized brigade with auxiliary support assaulted the town, forced out the separatists, and then retreated to occupy nearby strategic heights.

This action was a minor victory for a military that usually finds itself on the defensive (although the casualties are unknown). It represents a calculated risk by Kiev that Russia will choose not to retaliate disproportionately and restrain the separatists to artillery fire. In response, separatist forces have gone on alert and are mobilizing. Both sides are taking out heavy artillery and MLRS systems in preparation for an artillery duel. Russia's ability to control the separatist forces will be tested in the coming weeks. Ukraine's intentions behind this action are unclear; domestic politics might be at work, the military might be seeking to test its capabilities, or Ukraine might be trying to regain the West's drifting attention. The victory is certainly a morale booster, but the consequences could prove costly.

Origins of an unsustainable situation

Where this incident takes Ukraine is difficult to foresee, but the arc is clearly bending towards war and has been since March. Russia appeared to have attained what it wanted in the Minsk II agreement, except that no political clause of that deal has been implemented since. Fighting had died down to a low boil, with occasional flare ups, but the political process has gone nowhere. Instead, Ukraine has severed the occupied portion of the Donbas, installed an economic blockade, and the new de facto international border is the current line of control between the separatists and Ukrainian forces. Russia's intention to have this territory become a strategic hook in Ukraine was predicated on the notion that ultimately Kiev would want it back, and could be pressured to reintegrate it. Those assumptions proved incorrect.

The mechanism for returning the Donbas was to be elections, but Ukraine's Rada effectively abrogated this component of the Minsk deal back in March, stating that said elections will only be held once Russia withdraws and capitulates. Subsequent meetings in Minsk have been fruitless, and an irrelevant sideshow to the conflict. Behind Ukraine's stubbornness lies a policy that has been thought through, but one that leaves Russia with few non-military options. Ukraine has little interest in seeing the occupied half of the Donbas returned. That may not be official policy but it is apparent reality to even a casual observer of this conflict. Even if Russia withdrew today, the tattered land is economically ruinous to reintegrate, and Ukraine is already in dire financial straits.

Now cut off, the only natural course for the Donbas is to become a part of Russia in everything but name. Russia's currency is already taking it over. Unlike Transnistria, which is geographically distant, there is no way for Russia to keep the Donbas away. The best case scenario is that it becomes a large and expensive Abkhazia, but even this is optimistic. Not only does the current scenario fail to achieve Russia's objectives, but its natural trajectory is intolerable for Moscow. It is only a matter of time before Russia imposes a course correction. Vladimir Putin has consistently doubled down and used force.

There is no alternative plan

If local elections are held across Ukraine on October 25th, excluding the occupied regions, that could prove a trigger for the resumption of combat. The West has been sleepwalking on this path, chained to events as the clock on the Minsk deal steadily runs out. The United States and EU have no alternative to Minsk prepared. Ukraine falsely hopes that there is another option, a Plan B once Minsk is certified as a dead end. A scenario where it achieves a freezing of the conflict without paying a substantial political price for it. This is unlikely. There is no alternative Western plan for settling this conflict, and therefore the agreement will not be officially declared as "failed" even if fighting resumes. In the event of military escalation, all parties will call for a return to the Minsk framework, and Kiev will find itself having walked a painful path only to arrive at the point of origin.

The problem with the plan to sever and contain the Donbas, as tantalizing as it may seem, is that Russia's army can change the facts on the ground in Ukraine. Moscow's direct costs have steadily declined during each offensive. Russia has been turning the separatists into a miniature version of its army, with enough conventional firepower that even fewer of its soldiers are likely to be needed in the future.

Conversely, Ukraine's sixth mobilization wave has come up 50 percent short of the men it sought to conscript, officially, and probably worse unofficially. Ukraine's army overall is in better shape than it was in the winter, but it is too small for the territory it has to defend, and too many of its assets are on paper. Its prospects for resisting a Russian assault are poor and its ability to sustain combat operations is limited. The public is tired of the war and rightly perceives that the national leadership has no discernible plan for settling this conflict. The situation on the ground today is not dissimilar to that of December 2014, a calm before the storm.

Why expect another round of fighting?

After the last offensive in February both sides believed that time was on their side. Ukraine pointed to the enormous economic pressure levied on Russia. Oil prices are once again in decline, its GDP contracted 4.6 percent in the last quarter, and the currency is depreciating. Some in Ukraine believe, optimistically, that the Kremlin's collapse is not far off and that Russia is in no position to withstand another round of sanctions. That may seem paradoxical, given Ukraine's economic situation is decidedly worse, but it can lean back on the West. Russia has no good answers for refinancing corporate debt, and despite shouts about economic resiliency, nobody in Moscow knows whether they will be able to manage another crisis.

Moscow too observes fitful progress on reforms in Ukraine, the resilience of oligarchs, and the growing disillusionment of the population. Russian leaders believe a large portion of Ukraine's unreformed elite, still in charge, would be suitable partners in time. Meanwhile the West's financial commitment to Ukraine has been meager and security assistance is noncommittal. From Russia's perspective, it is difficult to see how these inputs get Ukraine from where it is to a democratic system and a functioning economy. Russia is banking that Ukraine will remain a halfway house and the West will get tired of the project.

Both sides assumed time might be on their side, and chose to wait these past several months while quietly building up military capabilities. Moscow hoped it could pressure Ukraine into lifting the blockade and agreeing to the reintegration of the Donbas without use of force. However, Ukraine's domestic politics have not been permissive for any national leader to make such a compromise.

In general, public expectations on Ukraine's prospects of avoiding hard compromises are unrealistic, and the West has not been able to convince Kiev otherwise. Publically Western leaders have been applauding Ukraine, while privately frustration is growing in Europe with Kiev's position. The United States sends mixed signals depending on which branch of government, agency, or senior official is speaking.

The need for proactive Western intervention

Western leaders need to continuously keep abreast of this situation instead of glancing back every time fighting heats up, as it will this week. A compromise is possible, and Ukraine's leaders might be willing to pay political costs to achieve it. The West needs to help foster an agreement and politically support Ukrainian leaders who embrace it. As things stand, Ukraine has the option to drive recklessly, and blame Russia for all of it, relying on unconditional Western support with sanctions and eventually lethal weapons. Russia's policy in Ukraine is stuck in a ditch with no sensible way out. Schadenfreude aside, the West needs to get serious about what happens next. This may sound like a Russian problem, but it will be the West's problem soon as it was in August 2014 and February 2015. The closer Russian policy gets to defeat, the more precarious Ukraine's position becomes.